The Lesbian Poetry Archive is pleased to present the fourth ebook in our series: Cheryl Clarke's Narratives.

First published in 1982 by Clarke, Narratives: poems in the tradition of black women is a vital part of lesbian-feminist print culture. During the 1970s and 1980s, lesbian-feminists created and nurtured a vibrant community of writers, poets, publishers, artists and activists. Lesbian-feminists imagined a better world and worked to eliminate of sexism, racism, homophobia, imperialism, and other forms of social, political, and economic oppression. Women learned skills in publishing, editing, typesetting, printing, and distribution, as tools to express their transformative visions. 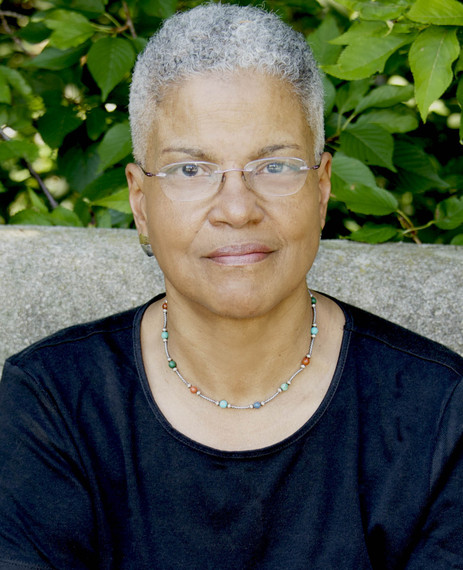 Cheryl Clarke was a part of this vibrant community. A young poet with a handful of poems, Clarke, like many other lesbian-feminist poets, decided to self publish her first poetry collection, Narratives. In her new Introduction, Clarke shares how Linda C. Powell inspired her to publish Narratives by saying, "You need a book." So began Clarke's journey through publishing.

Narratives entered the world with a bold voice and vision. The opening lines of the first poem, "hair: a narrative," reveal Clarke's directness about all manner of issues. She writes:

Sexuality and sexual orientation are a significant part of Narratives, but they are two threads of many in the tapestry that Clarke weaves in this book to tell stories about the women -- and men -- that she loves and that she voices in the poems.

Like many of the books published during this time, Narratives combines poetry and artwork to make its meaning. Clarke describes them on the cover as "9 exquisite drawings by Gaia." They are exquisite. All of the images in Narratives capture the desire of women to create new forms of representation and explore new modes of being in a world being transformed by revolutionary movements.

The new ebook of Narratives contains a full facsimile of both editions of Narratives. Clarke published the first edition of Narratives in June of 1982 with a brilliant red cover. Feminist writer Jean Sirius typeset the edition and Clarke hired the Iowa City Women's Press to print it under the publisher "Sister Books." This first edition quickly sold out and so in May of 1983, Clarke released the second edition through the newly launched publisher Kitchen Table: Women of Color Press. The second edition includes two new poems added by Clarke.

When Clarke published Narratives she had recently joined the editorial collective of Conditions. In fact, one of the pieces of artwork from Narratives appears as the cover art for Conditions: Nine. Through her involvement with the Conditions editorial collective, Clarke was an influential editor, publisher, and tastemaker for lesbians and feminists throughout the 1980s. 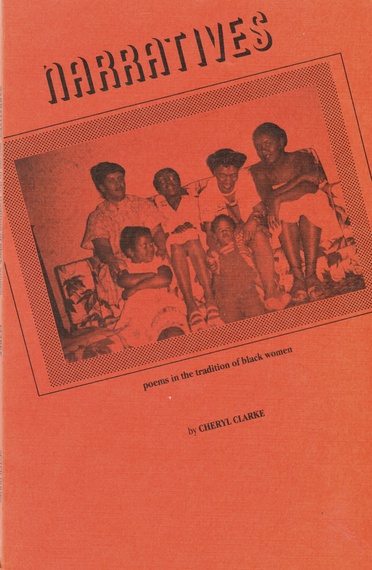 The cover of the first edition of Narratives.

After Narratives, Clarke published three more collections of poetry, Living as a Lesbian, Humid Pitch, and Experimental Love with Firebrand Books. Sinister Wisdom reissued Living as a Lesbian as its second Sapphic Classic in January 2014.

Narratives has been out of print since the early 1990s. The Lesbian Poetry Archive is pleased to present this facsimile edition of both editions of Narratives to contemporary readers. Rediscovering Clarke's early work provides a valuable window into the period when Clarke first published the poems, particularly the ways the she was thinking about the relationship between and among her identities as an African-American feminist, lesbian, and activist. Narratives lets readers enter Clarke's early work as a poet and her storied career as a poet, writer, and public intellectual.

Narratives reminds us of the vibrancy of lesbian print culture and of its lasting influence on contemporary poetry. The Lesbian Poetry Archive is pleased to present this ebook of Narratives so that new generations can read these poems, which open new doors and new forms of imaginative engagement.