Budi the baby orangutan had a rough introduction to the world. The little guy spent the entire first year of his life trapped in a chicken cage as a pet, fed a diet that consisted solely of condensed milk. When he was saved by International Animal Rescue in December, his body was so malnourished that he couldn't even be touched without crying out in pain.

But thankfully, 15-month-old Budi has been recovering well at the group's orangutan rescue center. He can now climb around on his own and is becoming more adventurous every day. He's even made a friend. 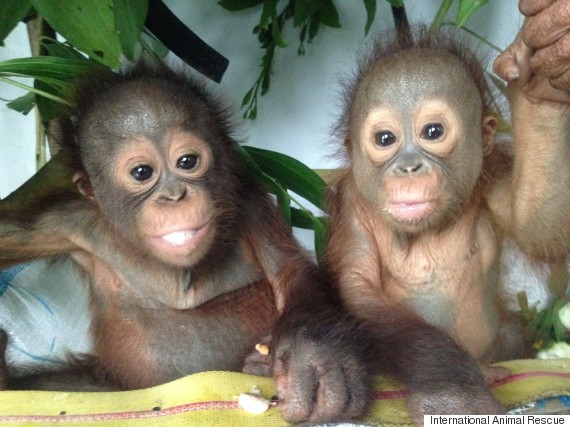 Jemmi, a youthful 8-month-old orangutan, came to the rescue center under similar circumstances after he was found tied up inside a box last October. Neither Budi or Jemmi had ever met another orangutan aside from their mothers before. Here's what that first introduction looked like.

The pair are now inseparable.

They spend ever day together in their enclosure, climbing and playing. If Budi is taken to their play area alone he'll cry until he's reunited with his best friend. And at the end of every day they fall asleep together in a shared hammock.

Orangutan populations are in dire need of help. Both subspecies are either endangered or critically endangered, primarily due to rampant deforestation, according to the International Union for Conservation of Nature. A massive expansion of palm oil plantations has leveled the apes' habitats, and the black-market pet trade is alive and well.

Thankfully, both Jemmi and Budi were rescued in time. A 2013 report from the United Nations Environment Programme’s Great Apes Survival Partnership found that most of the animals sold in the illegal pet trade die in captivity.

The adorable duo can now expect to grow up in good hands, and if they're unable to be reintroduced to the wild, they'll spend their lives with other happy orangutans at the rescue center.

You can stay up-to-date with Budi and Jemmi's progress here. The IAR is also accepting donations to help the orangutans. 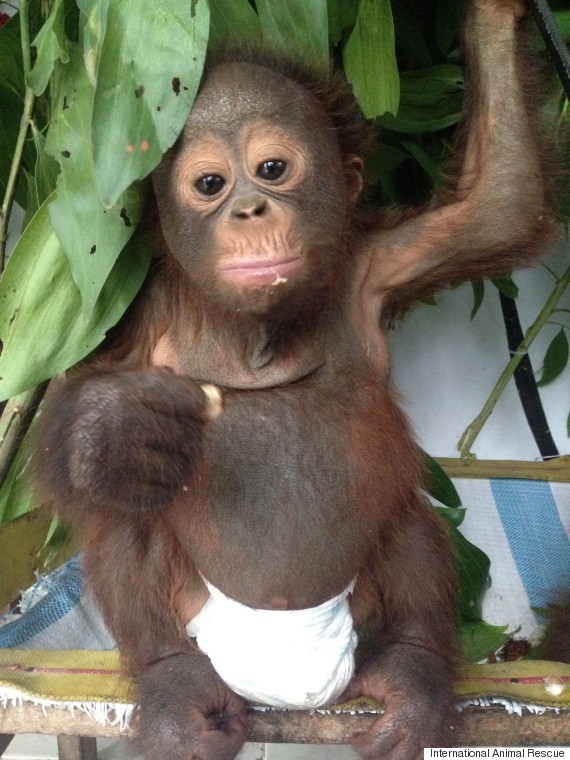 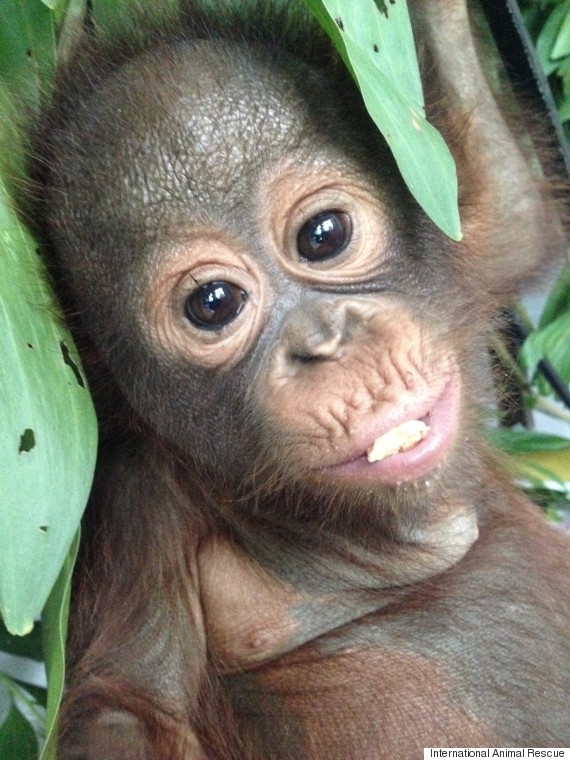