In China a swan entered a potentially deadly situation when its mouth froze shut.

The swan fell asleep on a river, which allowed the freezing temperatures to freeze its mouth shut, obviously preventing the swan from eating and also restricting its breathing.

Yong Hsieh and his wife discovered the swan while feeding ducks. 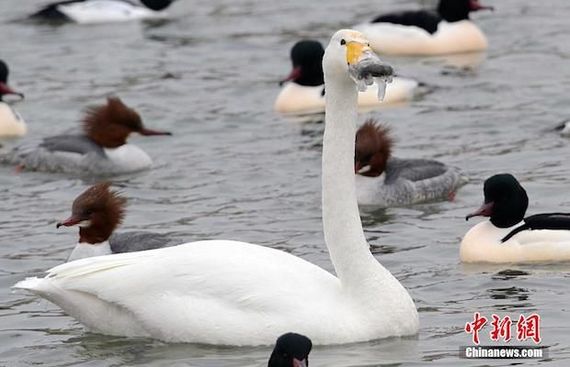 "As we walked towards them, we saw the swan, but as we got closer, we noticed its beak was covered with ice," Yong is quoted as saying.

To get the swan to approach them, the couple threw bread in the water, but the swan could not break the ice off. Swan Guard -- a group that feeds swans during the winter and cares for sick and injured swans -- was called in to help.

The Swan Guard captured the swan and rushed it to the "swan house," where sick and injured swans are treated. The swan's beak thawed quickly in the warm facility, and staff fed the bird "a special treat of fish."

This just proves that even the smallest actions can have lifesaving repercussions, and no life is too small or large to help.