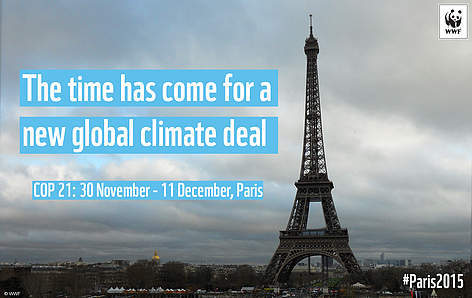 Leaders must prioritize the common good. Reducing the risks of catastrophic climate change is in the national interest of every country. --Secretary-General Ban Ki-moon, COP21 Leaders' Summit lunch, 30 November 2015.

Climate; the changing conditions that excited us as kids, but have become a disregarded part of our lives as adults. It is an element that remains unwaveringly present, and has become so blasé, that most of us don't care to give it much thought. This mere afterthought is much more though. It is an omnipresent character that is ever-adapting, rapidly evolving-and is threatened to reshape our lives for the worse.

Climate change has a deep affect on us all. It shapes the way all people and every aspect of life exists. On a socially human account, it adversely affects food security, migration, habitat, weather, sea levels, life expectancy, education and health. As glaciers melt, the sea levels rise, and people become threatened as the changing climate distorts lives of people around the globe. It is causing drought in certain places, flooding in others, and the rising emergence of climate refugees. This includes the Syrians, who are now seeking new places to call home because their past places of residency aren't livable. The urgency to mitigate climate change is greater now than ever before.

We have come to this stage not by a random act, but by a conscious decision to repetitively overuse fossil fuels, cutting down earth's forests, pumping chemical waste into the air and water, and mismanaging the oceans and farmland. We have subscribed to the fallacy that we can take anything from the earth, and the earth will naturally replenish itself. What we have failed to fundamentally understand is that the earth can survive without humanity, but humanity cannot survive without the earth.

The restorative processes necessary to keep the planet healthy and alive are slowly being depleted. The Amazon rain forests are quickly being cut down at a monumental rate. These and other forests function as kidneys for the planet to produce clean air while eliminating carbon. When will we realize that destroying forests will only lead to our own suffocation? When will we take additional steps to care for the earth our home?

Due to this urgency to save the planet, leaders of the world decided something needed to be done. COP21 held in Paris was an incredibly pivotal meeting. As the nations from around the globe gathered in Paris to discuss climate change from November 30 to December 11, 2015, the gravity of our destruction was brought to the forefront by religious groups, Indigenous peoples, NGOs and politicians. Religious groups are concerned for the poor, as a low income population are easily the most vulnerable and at risk due to climate change. Climate degradation is largely caused by wealthy countries and its most harsh and enduring effects weigh down on impoverished countries. In addition, the women residing in these poor countries are affected the most as they are burdened with the responsibility to carry out daily household tasks. The process in which women gather fuel for cooking and how far women need to travel to collect water for drinking, cooking and cleaning, has been greatly complicated.

The decisions made at COP21 have an impact on the lives of everyone on earth, so those who were aware gathered for support to fortify the good climate agreement in Paris. To raise awareness, thousands of people from around the globe set in motion a climate justice pilgrimage that started in the summer and finished in Paris just in time for COP21. The people's pilgrimage was carried out world-wide as people who are concerned about climate change want those in power at government to recognize that we must do everything in our power to preserve the planet.

COP21 was a crucial meeting. Without a plan and a treaty among countries, we will continue down this in-prisoning path of destruction. If we do not stop our behaviour of eviscerating the earth of its natural resources and emitting carbon emissions, we are irrevocably spiraling towards a future with skewed weather such as droughts, flooding and storms. Like Newton once said, we need to be aware that our actions have reactions. Never has this proverb been so true and so relevant. If we continue this road onto destruction we will denude the planet completely. Rising sea levels, escalating temperatures, strong winds and heavy storms are just warning signs. We must heed nature's symptoms and divert from our indulgent ways. What we believe to be beneficial to us in the present will undoubtably re-surface in ugly ways in the future. The call to live sustainably and peacefully with each other and with the earth, to take care of all creation is God's call to us. Will we obey, or live our selfish ways?

Governments must encourage the use of renewable energy and discourage the energies which create carbon emissions. Our current ambition should be stopping the increase of our global temperature. These are reachable objectives. We as a society who care must demand it. People recognize that the demand for climate justice will not end with COP21. It will continue as people march and as many raise voices of concern. If we remain silent, the plea to save the planet will not only be absent, but we will begin to hear complaints from the earth itself as temperatures, oceans, and pollutants rise.

It is normal to feel as though we as individuals cannot make change through this phenomenon. We are after all, a tiny, perishable part of this great earth we call home - but, it only takes the force of one person to spawn a movement, and redefine a nation. Progression is key; we cannot dream to live in a future society that lives in cohesion without taking little steps to mend the environment we live in. Thus, being vigilant and being aware of the actions, can have a myriad of effects on those that we surround ourselves with.

Hope will carry us through even the darkest of times. When will we realize that the earth is our only home? We must do all that we can to preserve it and make it better for or children and their subsequent families. The Garden of Eden is an image of pristine beauty and love; it was destroyed by selfish ways. We need to reflect on our path and move away from a similar path of destruction and towards a path where we make care, justice and obedience to God a priority. God asked us to be caretakers. We must be good stewards and take care of creation. Thus far, we have ignored God's command. If our ways do not change, the only people being harmed will be ourselves.

Based in Toronto, Canada, Naomi Faith Bu is an undergraduate who is spirited about writing and creating work that exposes an audience to a new world. She expresses her stagnant beliefs regarding social and environmental issues through her authored ventures. She is currently a student at Ryerson University pursuing a Bachelor of Arts in Fashion.