"Just as energy is the basis of life itself, and ideas the source of innovation, so is innovation the vital spark of all human change, improvement and progress."
- Ted Levitt, Harvard Business School 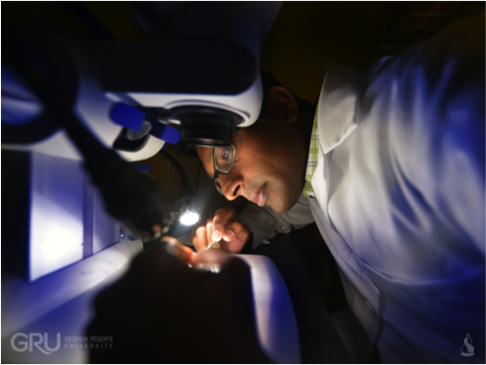 Human innovation has come in waves throughout history, and the U.S. has been riding a monster one for decades.

Though "riding" is not quite accurate. In reality, we created that wave, in significant part through ramped up public funding of research and development that began in the mid-20th century. Research universities have been the recipients of much of that funding, and thus the generators of much of that innovation.

A 1999 report to the President prepared by the National Science and Technology Council recognized that critical role, defining as one of three guiding principles for the 21st century, "Government sponsorship of university research--including the capacity to perform research and the training of the next generation of scientists and engineers--is an investment in the future of the nation, helping to assure the health, security, and quality of life of our citizens."

And who can doubt that? Among the myriad technological innovations stemming from university research are penicillin, magnetic-resonance imaging (MRI), global-positioning systems (GPS), jet propulsion, medical ultrasound, the laser, ... the list could go on and on.

The National Science Board reports, "State per-student funding for the nation's 101 major public research universities declined by an average of 20 percent in inflation-adjusted dollars between 2002 and 2010, with 10 states experiencing declines ranging from 30 to as high as 48 percent."

And at the Federal level, research funding in general has remained flat in recent years, and federal funding for biomedical research has declined 20 percent in the last decade. And U.S. investment has decreased at the same time as other nations are increasing investment. The Federation of American Societies for Experimental Biology reports:

National Public Radio recently broadcast a series, "Science Squeeze," in which they explored some of the immediate negative impacts from this reduced federal support. Particularly alarming is that trained scientists are becoming discouraged and leaving the research field entirely, a brain drain we surely cannot afford in an increasingly competitive global economy.

We can't take for granted our lead in innovation. It won't be maintained if we don't continue to find ways to support it. The United States has given up leadership in many, many areas (too many to enumerate) because we assumed that nobody could compete or catch up with us. We can't afford to do the same with research and innovation. If we do, we are following a penny-wise, pound-foolish approach. Policy-makers, take note.