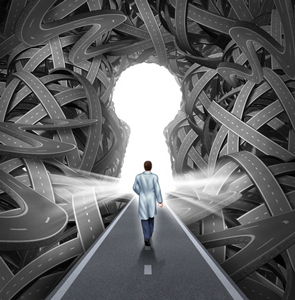 Hello HuffPo! Some of you may know me from junkscience.com or healthnewsdigest.com. My main focus here will be on science, or what passes for science these days. Many people of good will are not aware that our government spends more than $400 billion per year on R & D.

Regrettably, a substantial amount of that ends of being little more than a form of academic welfare, for research that has almost no chance of ever leading to anything practical, and in many cases does not even add to so-called "basic knowledge." By way of example (and I will have many more), let's take a look at a current hot topic: Research using fetal tissue.

This is hardly a new phenomenon. Fetal tissue has been harvested for medical research for years. Even before abortion was legalized, other sources were tapped, and according to an article by AP science writer Malcolm Ritter, this practice dates back to the 1930s.

Ritter, and many others, like to invoke the 1954 Nobel Prize for Physiology or Medicine. As Ritter puts it, "The 1954 Nobel Prize in medicine was awarded for work with fetal tissue that led to developing a vaccine against polio." Not so fast...

According to the Nobel Foundation, that particular prize was awarded jointly to John Franklin Enders, Thomas Huckle Weller, and Frederick Chapman Robbins "for their discovery of the ability of poliomyelitis viruses to grow in cultures of various types of tissue." Indeed, many types of tissue were used besides human embryonic tissue, and the famous Salk vaccine itself was cultured in monkey kidney tissue.

Beware, then, of intentionally misleading statements that are circulating such as: "Research on fetal tissue has yielded some major discoveries: The polio vaccine was derived from cultured fetal kidney cells." Usually, this segues into a list of diseases in which research with fetal cells is ongoing, such as AIDS, Parkinson's, and muscular dystrophy. Conspicuously absent, though, are any useful findings—not to mention breakthrough therapies.

A more accurate (and persuasive) presentation by Ritter would have focused on certain vaccines which are cultured in human cell lines, such as WI-38 and MRC-5. The WI-38 cell line was developed in July, 1962 from lung tissue taken from a therapeutically aborted fetus of about three months gestational age. The MRC-5 cell line was developed in September, 1966 from lung tissue taken from a 14 week aborted fetus. There is also PER.C6, developed in 1985, from an 18 week aborted fetus, used currently in research to develop vaccines to treat Ebola and HIV.

The allure of fetal tissue lines for vaccine production is based on their purity. Notably, the potentially cancer-causing SV40 (Simian) virus was found in stocks of the Salk polio vaccine. Still, considering that cell lines can be developed from a single cell, and have been carefully cultured for decades, an endless stream of new fetal tissue is not required in this endeavor.

Let's take a glimpse at some of the research using human fetal tissue, funded by NIH. Fortunately, NIH provides a ready reference to the programs it sponsors, including a robust search facility. To set a context, NIH will spend around $30 billion on medical research in FY2015. The agency uses the term "invests," front-loading the notion of a return; but I digress.

If we do a query on "human fetal tissue" for FY2014, we discover that $76 million was spent in total, with around $72 million going outside the agency. This would cover 158 outside projects, with an average grant value of $457,000. The smallest grant was $33,000, and the largest was $4.9 million. (Isn't Excel great?) Absent a detailed audit of each project, the amount actually spent on fetal tissue is unknown.

The big grant, 2.5 times larger than the one in second place, went to the lab of Prof. Ehud Isacoff (UC Berkeley), under the Nanomedicine Initiative. This work aims "to develop molecularly focused methods for dynamic manipulation of specific proteins in the complex environment of cells, which can be used in intact tissues, and, indeed, in the live animal." Bear in mind that this is hard-core "sexy" sounding molecular biological research, far more suited to obtaining giant grants than advancing practical medicine.

Second place, for a mere $1.9 million, went to another neurobiologist, Prof. Nenad Sestan (Yale). This work will "employ novel methods and approaches to generate a systematic inventory/census of cell types and connections in the developing and adult human, macaque monkey and mouse prefrontal cortex," which "may lead to creation of new and more effective treatments of major brain disorders." Sure thing.

And, what of the smallest grant? It went to Perry Meng-Che Tsai (University of NC-Chapel Hill) for "Investigating graft-versus-host clearance of HIV-infected cells in vivo." If you can get past the sketchy humanized mouse thing he proffers, the idea of a cure for HIV (or at least freedom from a lifetime of meds), in light of related positive results from bone marrow transplants, is not too shabby.

What can we conclude? The most legitimate use of fetal tissue is to establish cell lines used in vaccine production, but precious little raw stock (so to speak) is needed for that. As to the quantity of the tissue being used for research that is important, or even worthwhile, without a rigorous analysis of each NIH-sponsored program, and those sponsored by private foundations, we would be guessing.

If you press me, my guess is...not too much.