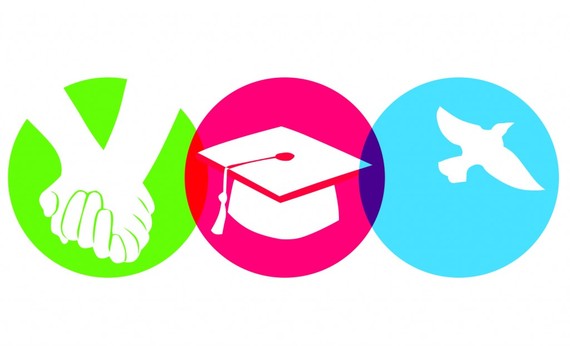 As far as psychology theories go, University of Rochester's Richard Ryan and Edward Deci's Self-Determination Theory is one of the biggest out there. The theory has been used to analysis situations as diverse as the happiness of lawyers, classroom environments, and the training of sales-people.

This is serious science, with hundreds of researchers using the Self-Determination Theory as the foundation of their own work, and thousands of studies backing the theory. Ryan and Deci's foundational paper received an astounding 13191 citations, making it the Gangnam Style of motivational psychology, albeit with less dancing.

Getting down to the theory itself: the Self-Determination Theory is a wide-ranging theory that explains motivation, personality and well-being. The theory proposes that in order to live a good life, you must fulfill certain innate psychological needs that provide the foundations for motivation and well-being. These needs are not learned inclinations but fundamental parts of human nature.

1) The need for Autonomy: Autonomy is as a sense of willingness and choice in your actions. Note that this does not mean independence from others.

2) The need for Competence: Competence is defined as a need to effectively manage and control yourself and your environment.

3) The need for Social Relatedness: Social relatedness is defined as a need to be understood, appreciated by, connected to, relate to and care for others.

Thus, if you wondering about how to live better, Ryan and Deci would recommend setting and attaining goals that are conducive to the satisfaction of the needs for autonomy, competence and social relatedness.

Comparisons can be drawn between the Self-Determination Theory and Ryff's model of Psychological Well-Being. Both are largely in agreement about the contents of well-being. However, Ryff uses her six categories to define well-being while Ryan and Deci posits that autonomy, competence and social relatedness are ways to achieve well-being.

These three fundamental needs predicts multiple positive outcomes. Daily changes of emotional well-being have been shown to be caused by daily fulfillment of the three basic needs. Increase in well-being due to the fulfillment of needs has been found in diverse contexts, such as nursing homes and at workplaces.

Other studies found that the theory applies across cultures, in countries such as Bulgaria and Turkey. A study which included college students in the U.S., Australia, Mexico, Venezuela, the Philippines, Malaysia, China, and Japan found that perceived need satisfaction predicted well-being to a similar extent across all cultures.

While each fundamental need has been found to individually predict well-being, it is better to fulfill the three needs in a balanced way. Research shows that people with balanced need-fulfillment have higher well-being compared to those who have the same total fulfillment score but are skewed towards a particular need.

This suggests that all three basic needs need to be fulfilled in order to achieve optimal well-being.

David is a Research Editor at The Huffington Post. This article is the second in an article-series about the Science behind Well-being. For more, visit David's website, Living Meanings.