While the rise of social media has certainly created new ways for children to get themselves in trouble, it's also given parents a whole new set of tools to reel in their kids. A recent Facebook post, first highlighted by BuzzFeed, serves as a wonderful example of this.

After author ReShonda Tate Billingsley found her daughter posting alcohol-related photos to the social network, she came up with a very original, and no doubt effective, form of punishment.

Following up the post her mother deemed inappropriate is a new photo that features the young girl holding a hand-written sign that reads, "Since I want to post photos of me holding liquor I am obviously not ready for social media and will be taking a hiatus until I learn what I should + should not post. BYE-BYE."

But Billingsley isn't alone in her parenting style.

Denise Abbott, a mother from Ohio, used the same method to punish her 13-year-old daughter Ava after she found her posting "disrespectful things" on Facebook.

"I do not know how to keep my [mouth shut]. I am no longer allowed on Facebook or my phone. Please ask why," the text on the 13-year-old girl's Facebook photo read.

Despite the embarrassment, Abbot told NBC she doesn't regret her disciplinary action, saying she needed to find something that would "totally impact her."

"You have to adapt your parenting skills with the times," Abbott told NBC.

It could be worse, though. At least Billingsley and Abbot didn't put a bullet through their child's laptop and post the video on Facebook. 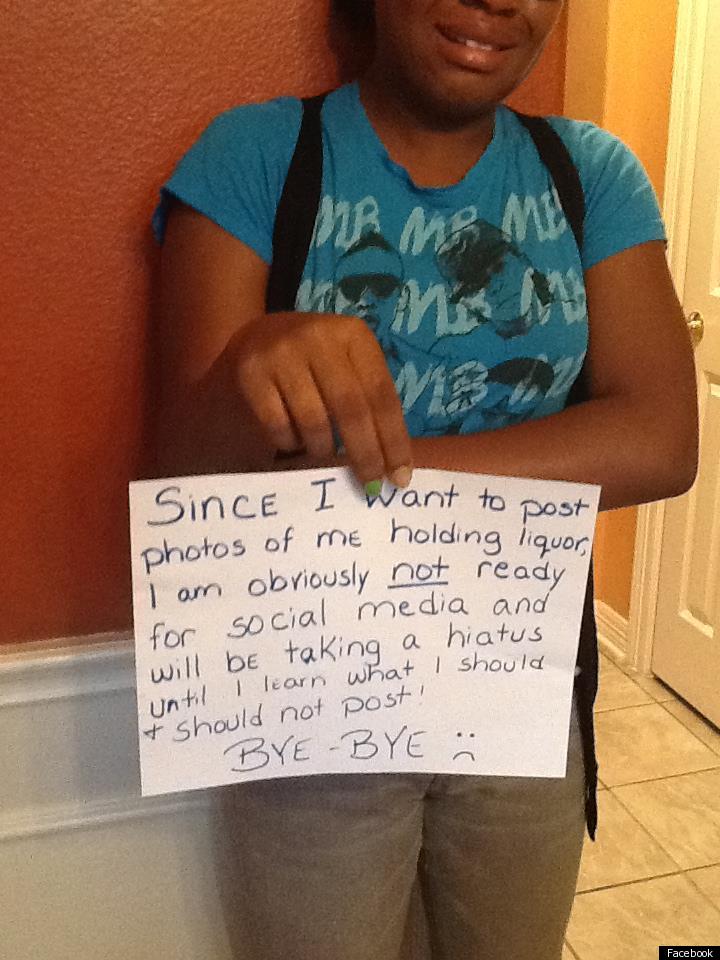 Kids Who Have Worn Signs As Punishment