Truly, being "Gray in L.A." is often fun. I like the adventures I get into -- even the predictability of some of them. Here's the latest.

I had an appointment with a dermatologist, and as it had turned out, practically every one of them in this vain town is also a self-proclaimed wizard in plastic surgery. "Oh, this will be fun," I thought, "I know exactly what will happen."

After sitting in the waiting room for a while, two very busty, very young women left his office, smiling. My turn. After my explanation about strange rashes and other skin reactions to something, he seemed bored and also very disappointed in the triviality of it as in, "What? This is it?" Well, I wasn't going to invent something exotic for him!

While he sized me up, I was looking at the large collection of liquid breast implants in all sizes laid out on a table like a buffet; for me a sight so crazy that I snickered. Was I supposed to grab a few? He asked about my age; late 60s I said, he mumbled rather reluctantly, "You look good for THAT age." Oh, jeez, thank you ever so much!

But the doctor with the unspeakable foreign name had zero interest in my itchy skin condition, yet I wasn't off the hook by a long shot. He scanned me with his radar eyes and was breathing hard. I could almost feel his calculating review of this silver-haired lab-rat in front of him. Where someone else might see a really attractive older woman, he saw potential as if I were Frankenstein's Bride ready to be re-done and stitched together to a newer, tighter, younger person.

He might have sensed that I wasn't the breast-implant-type, but he couldn't contain himself.
"How about the eyes? Have you thought about that?" No, I hadn't. They seemed fine, I don't even wear glasses.

"There's loose skin on your lids and that is obstructing your view, no?" he tried again. Not really. I use an old trick (no joke). I'm very good at raising my eyebrows and that takes care of it.

But this wasn't a certified plastic surgeon for nothing, not someone who'd let an old woman escape his office without landing a teensy tuck or a fattened lip. I expected him almost to whip out handcuffs, a syringe and a scalpel and imagined myself waking up as Silver Barbie (Mattel, take note!).

But there was also a fair amount of anger and aggression rising in me. How dare these people force their distorted ideas of beauty and validation onto every female there is! And why do so many women fall for it? So, as a last resort, I let him have it by hitting him with one of my confidence-declarations I'm good at and that are also very effective.

"You know, I'm a lost cause for you. I'm such a gorgeous creature, why would I ever have anything artificial done to me by an unknown man?" I said with a soupçon of arrogance. He was silent and stared at me. "What's wrong with the world," he probably thought, "Since when does a woman pretend to just go to a dermatologist when all she secretly dreams about are nose-jobs, big boobs, tummy tucks, pouty lips and cheek implants?"

As for me, I realized something. I truly wasn't really tempted at all. Never was. If I could shave off 10 years, sure that wouldn't be bad, but it would be all about having the gift of extra time, not about less wrinkles.

I left the puzzled Doc with a boring prescription for a lotion and felt strangely high-spirited as a newfound "conscientious resister" when I hit the streets of Beverly Hills. My phone rang and my best girlfriend who knew about my whereabouts giggled, "So you still have your droopy eyes, your age spots, your turtle-neck and all?" she joked. "Yes," I almost yelled, "Resist and rebel!" That's my new philosophy. It should be yours, too! 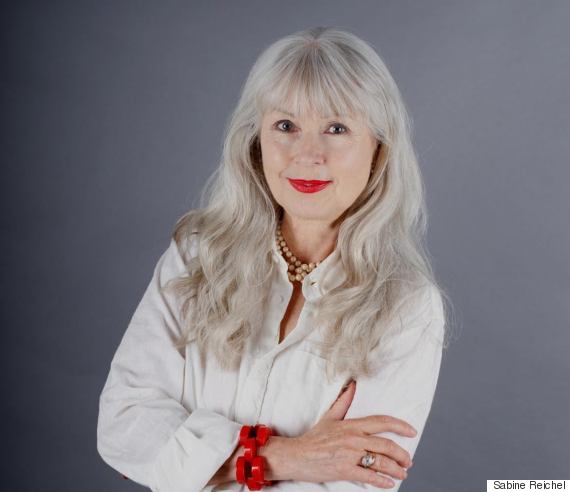 Gray In L.A.: What Older Women Must Resist And Rebel Against
25 Ways To Rock Gray

1 / 25
Amy Hempel
<strong>Writer, animal rights advocate, and co-founder of The Deja Foundation (b. 1951)</strong> "A wise friend told me that your fifties can be the time you discover what freedom means for you. And she was right."
Vicki Topaz