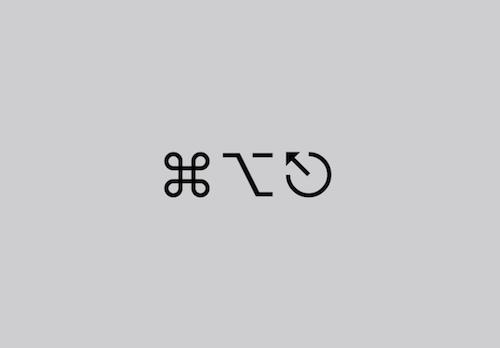 It isn't
quit smoking
(never started). And it isn't
lose weigh
t (well, it probably should be). It isn't even one of those vague ones like
be happier
or
be healthier
or
take more time for me
(the latter, of course, being impossible when one works for a living and has two tiny humans to keep alive and happy). No, this Resolution is somewhat non-traditional. But it is, by my reasoning, vitally necessary:

No, I'm not quitting blogging or Twitter or de-friending a couple hundred people on Facebook (though I'll likely do a bit of trimming for the new year). Nor am I giving up on certain topics that might be deemed by some to be "progressive" and "Christian." Rather, I'm quitting a conversation that has come to define the "Progressive Christian" label online, a conversation that I have been a part of here and there and on and off over the last year or so. I'm putting the kibosh on what seems to me to be a rapidly devolving, fragmenting, and, yes, schisming ideological experiment manifesting uniquely on blogs and social media. And I'm saying sayonara to the talking (tweeting) heads and childish cliques that often dominate this discussion, a discussion which has at times become a parody of itself playing out in plain view of the watching world.

This is not a call-out post, so I won't be naming names or linking links. That's not the point. The point is that the Progressive Christian conversation has lost its way, primarily because of the third word in the label: the Internet. The Internet has fostered a disconnect between the Progressive Christian Internetter and rooted, relational church realities, such that the ideology expressed online has become an end in itself rather than a means tethered to the end of ecclesia. The conversation is increasingly non-incarnational. Whereas evangelical church-planting culture is often plagued by shallow pragmatism, the Progressive Christian Internet goes to the other extreme, philosophizing its way out of any substantial, practical ecclesial application.

And in the attempt to be ideologically Progressive, it often fails to be substantially Christian.

Take, for instance, the popular Progressive blogger who recently called for wholesale schism between egalitarian Christians and complementarian Christians. Without any disclaimers for serious relational realities that should be taken into account, or any deep reflection given to the way that unity might hopefully manifest across ideological lines in the church, this fellow demanded that his egalitarian teammates join in a widespread campaign of disfellowshipping. Then, while delighting in the fact that the post had gone viral, the blogger later offered a half-hearted apology that perhaps schism was the wrong word. Healthy, and strong, critique is one thing. But this is the kind of ideological arrogance that basically leverages viral Internet influence to the injury of the church itself.

And it doesn't stop with brazen calls for schism. The Progressive Christian Internet is perpetually collapsing on itself in a series of its own mini-schisms, where the other is not subversive/anarchist/feminist/womanist/affirming/allied/inclusive/academic/philosophical/whatever enough. And these judgments of inadequacy are typically made solely on the basis of 140 character "conversations" which often begin with the other's accidental or mistaken use of certain words or phrases, and then spiral into raging fits and subtweet rants and block wars from there.

And it is all so pathologically self-justifying. In the name of "feeling all the feels" and "being angry at my oppressors", the Progressive Christian Internet justifies unhealthy affect, arrogance, and aggression as normative, totally fine, and DON'T SILENCE ME. Being an online asshole is now not an accidental slip - it's a virtue. And ever tighter ideological circles are drawn until rigid cliques are formed, and everyone outside (like, the rest of the Internet) are The Patriarchy or The Racists or The Oppressors. Often, strange Survivor-esque alliances are made to fight common online enemies, with bedfellows collaborating on badgering and intimidating their foes despite glaring contradictions in their own respective positions. Love for God and neighbor are nowhere to be found, overwhelmed by pharisaical posturing.

Now, let me be clear: I have seen and participated in legitimate examples of good people standing up for what's right online. I've seen feminists stand up to real misogyny. I've seen satire done well to expose arrogance, hypocrisy, and abuse of power. I've seen strong prophetic statements made against actual injustice, using the Internet as a means to a restorative end. But in these cases the common thread is a rootedness in real life and real church. A sense that wars of words are not the be all/end all, and a deeper conversation can always potentially lead to peaceful resolution, if not reconciliation.

But when normal people with very little power are vilified for offering an opinion that is out of step with a particular Progressive ideological stance, or someone apologizing for speaking wrongfully is ostracized for committing the unpardonable sin, or those who have offered honest critique are intimidated and threatened through private messages or hostile phone calls, or Internet platforms and followings become political playgrounds for creating in and out groups according to ideological agendas - THEN, my friends, this thing has gone off the Christian rails and has become the very thing it claims to oppose.

I confess that I have gotten caught up in a couple of these ideological spats over the last year. And I, for one, am resolving to quit. Make no mistake, if the occasion calls for it, I will do my best to prophetically engage and stand up for what's right. But I refuse to participate in this non-incarnational Internet politicking.

In 2014, it's time for the Christian Internet to recover a love for the church - to produce rooted, relational content that actually fosters restoration in God's world. It's time to put the embarrassing parody to rest. It's time to live whole lives in the kingdom and see the Internet as a means to expressing and experiencing good news.

Even if that good news manifests in a subversive, satirical Facebook status.

How about you - will you join me in quitting the Progressive Christian Internet in 2014?