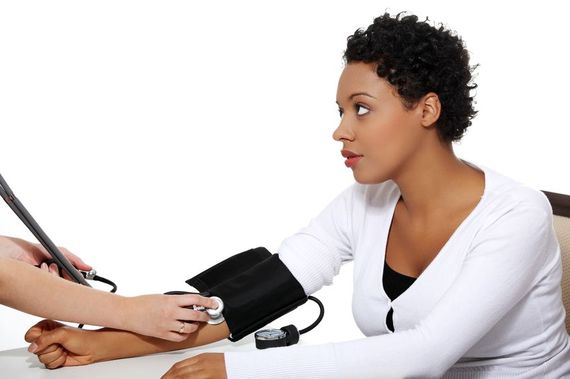 Spring has graciously sprung and with it has come new opportunities, new alliances, and of course new perspectives. As a maternal fetal medicine specialist, my daily menu of high-risk complications like preeclampsia (or as I call it, 'The BIG P') is commonplace -- something general OB/GYNs, countless other maternal fetal medicine specialists (present company included) see regularly. Being that this disease is pervasive and constitutes the bane of the existence of any physician caring for pregnant women who have it, my perspective was that EVERY pregnant woman had heard of the disease from their doctor.

Recently, I had the honor of participating in a focus group, which I had expected would be a healthy dialogue on the subject, alongside some peers, pregnant and postpartum patients about the known issues surrounding the disease. Imagine my surprise to realize my perception was NOT reality, and that in fact there was a far greater problem to solve for, as there existed an all-around lack of knowledge about the 'BIG P.'

I listened to survivor after survivor share how they never heard of this disease until their diagnosis... SO I elected to mount my soapbox and address, as it was apparent the current awareness level is at an extreme low. The lack of knowledge places at stake the health of all expecting mothers and unborn babies who are unaware of WHAT to look for and HOW to manage this harrowing condition.

To begin, preeclampsia is a disease that affects pregnant women, often presenting itself with high blood pressure, high levels of protein in the urine and swelling of the legs -- symptoms all discoverable via routine evaluation during prenatal care checkups. Generally presenting itself in the latter half of the second trimester of pregnancy, "The Big P" is NOT prejudicial when choosing its victim; it is NOT a respecter of age, demographics, and social strata and is extremely detrimental to the health of its entire afflicted -- mother and unborn child -- regardless of religion or ethnicity. It is a great imitator, as some of its clinical presentations can mimic other diseases. If it is not recognized and treated in the early stages, it can be potentially fatal.

Here's the kicker -- there are no medications known to CURE preeclampsia -- the ultimate treatment is the delivery of the baby, regardless of gestational age. Although rare, it can represent itself even AFTER delivery, and can cause issues years postpartum by increasing the mother's risk of developing cardiovascular disease later in life.

1. So, what causes it? To date, the cause is unknown however abnormalities in the way the placenta implants and ultimately functions have been thought to be part of the puzzle. Genetics, diabetes, high blood pressure, thyroid disease, clotting disorders and diseases where the body attacks itself -- such as Lupus -- are among some of 'The Big P's" proposed contributing factors.

2. Who gets 'It?' While ALL women carry a potential risk, preeclampsia is seen more often in African-American women, women at extremes of age (early teens to women over 40), those with certain underlying medical conditions; in addition to the aforementioned, diabetes, prior birth of multiples and those who have a prior history of preeclampsia.

3. What are the symptoms? It is important to note that preeclampsia can manifest itself along a continuum; headaches (which may mimic migraines) and abdominal pain (which may mimic appendicitis) are the most common features and must be carefully monitored, as they can be early indicators of impending stroke or potential liver rupture. Mild symptoms include benign blood pressure elevation, protein in the urine, and extremity swelling from fluid retention. The severity of symptoms can rapidly progress, as seen by patients having markedly elevated blood pressures, seizures, fluid in the lungs, separation of the placenta, blindness, kidney failure, liver rupture or death of the mother/stillbirth of the baby.

4. So...treatment? As stated above, the ultimate treatment for preeclampsia is delivery of the baby, however temporizing measures may be given to the mother -- medications to stabilize the blood pressure, prevent seizures and to enhance the lung development of the developing fetus. It's important for the baby to be able to breathe on its own outside of the womb; to promote this ability, steroid injections are given to the mother to rapidly move along the process of lung development in the baby. Depending on the severity of preeclampsia, the delivery of the baby may be undertaken within as early as a 48-hour period. Milder cases may be handled with close medical observation.

There are a number of clinical trials currently under way throughout the United States that utilize various treatment modalities in an effort to prevent and/or modulate the disease from a genetic, immunologic or hematologic standpoint. To name a few:

The use of Metformin -- this is a drug used SPECIFICALLY for diabetes; it keeps the blood sugar regulated. However, metformin may prove to have a 'bonus; use in preeclamptic patients by removing abnormal chemicals found in their blood which damages the blood vessels - such as those feeding the placenta, brain, kidneys -- throughout the mother's body. These damaged vessels prevent adequate oxygen, nutrients and blood flow going not only through the mother's body but also to the baby. Metformin may prevent this occurrence.

Anti thrombin (Recombinant) -- this is a man-made protein molecule that keeps blood from clotting in the blood vessels throughout the body. For women who are experiencing preeclampsia, the anti-thrombin levels are found to progressively decline as the disease becomes more severe. The goal in giving this drug is threefold -- to bring the anti-thrombin levels back to normal, slow the progression of the disease and prevent the damage to blood vessels, ultimately allowing for normal blood flow, providing oxygen and nutrients to mother and baby through circulation.

There ARE some medical conditions that can mimic preeclampsia, so it's important to definitely distinguish the presence or ABSENCE of preeclampsia as the treatment may be radically different, ultimately impacting upon the well being of the mother and baby. Currently, no screening test for this disease exists. On the horizon - Elecsys Assay. Certain proteins are responsible for normal functioning of the placenta, which in preeclamptic women may become unbalanced, ultimately resulting in the placenta functioning abnormally. The presence of these unbalanced proteins by the Elecsys Assay testing system can potentially assist physicians in determining whether a mother does or does NOT have the disease. Stay tuned for more on this test.

So, to all the women dealing with or who have dealt with this disease, realize that your voices have been heard and your experiences have not been in vain. The final lesson for all is that knowledge is power. Remain vigilant and above all, have the utmost respect for the "BIG P." It may just save your life.

**To learn more about Preeclampsia and/or connect with those affected with the disease, click here.

More:
high blood pressureParentsobgynPregnancydiabetes treatment
Newsletter Sign Up
Raise the kind of person you'd like to know
Subscribe to our parenting newsletter.
Successfully Subscribed!
Realness delivered to your inbox