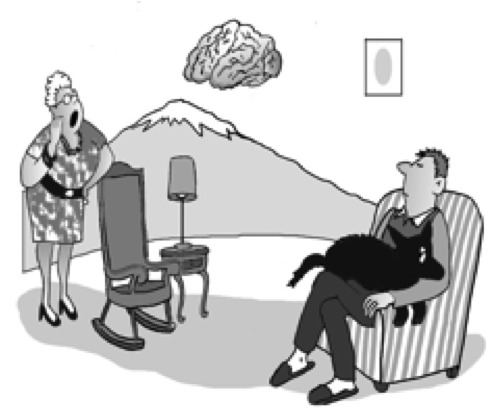 Respect is an ingredient in human relationships as essential as the ABCs in reading or yeast in rising bread.

A feeling of positive regard for someone, respect is reflected in actions and behavior toward another person, animal or entity. It follows that a lack of respect can undermine any relationship.

The spectrum of respect ranges from picking up after our dogs on the New York City streets to the intricacies of our daily behavior in intimate relationships to how we regard people of different races, classes and religions.

A stand-up comedian and actor of the 1980s, Rodney Dangerfield often became known for saying, "I don't get no respect." He based many humorous dialogues on this theme, and I think his popularity, at least in part, attests to the universal importance of and concern with respect.

Jonathan Haidt, a professor at the New York University's Stern School of Business, identifies respect as one of five fundamental moral values and virtues shared by different societies as well as individuals. He contrasts this priority (in these cultures) with many primate species who emphasize physical force and fear.

On a more personal level, the term "diss" (an abbreviation for disrespect) evokes anger, fear and the potential for violence that (potentially) blurs boundaries between us and other primates. When a superintendent in our building told people that a wealthy tenant gave him a stingy Christmas gift, his disrespect resulted in loss of his job.

Even when we might be open-minded and nonjudgmental of people in the world at large, that sense of respect might not extend to the people with whom we're closest.

"Familiarity breeds contempt" is a cliché that too often applies. Respect is most difficult to maintain in intimate relationships because we know the person day in and day for his foibles as well as his positive attributes.

Mr. L's life is colored by his failure to respect his wife and children. He criticizes them for "bad" habits and constantly compares them unfavorably with others. As a result of this blind spot, he isn't treated with respect by his wife and sons. This lack of mutual respect lies at the foundation of his dissatisfaction and unhappiness.

Another example from the past is the story of Albert Einstein's partner, who expressed shock to learn that her Albert had been awarded the Nobel Prize. By dint of intimacy, she perceived him as a person rather than a great thinker. Failing to consider attributes of our partner outside of the relationship may undermine feelings of respect.

Conclusion: Although respect may not come naturally, it is a vital ingredient, a building block in human relationships, as fundamental as the alphabet is to language.