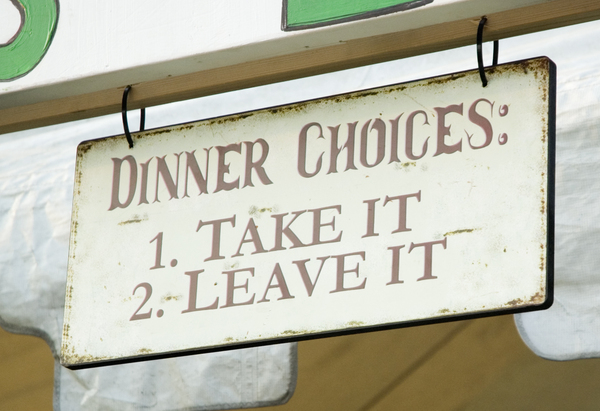 Mike Sanson is the Editor-in-Chief or Restaurant Hospitality magazine, a great trade mag and website for restaurant management. He knows the biz inside and out.

My favorite feature is his editorial. Every issue he tweaks his readers into passionate responses, often by retelling his own dining experiences. The issues he confronts them with are of vital interest to restaurant management, but they are also the kind of topics that will raise the hackles of folks who dine out often. Here's one that I thought I would share with you along with a few of the responses he selected from the many he received. They shine a light on what goes on behind the kitchen doors.

What are your thoughts? What really bugs you when you eat out?

A Buck Fifty and You're Dead! 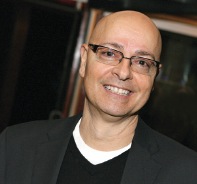 Some months back a friend and I were at dinner in a restaurant that has, in several instances, designated side dishes with its entrées. My friend found the idea quite charming, saying that it was like having mom in the kitchen making dinner for you. His comment, of course, also referenced so many other restaurants that require customers to pair each part of their meal as they see fit, while also paying for each component.

In my friend's case, his mom-like chicken entrée came with mashed potatoes. But for some reason, he just wasn't in the mood for taters of the mashed variety. And since he wasn't at home with his mother preparing one meal and one meal only, he asked the server if he could have the sweet potato fries instead. "Of course you can," she replied with a smile. 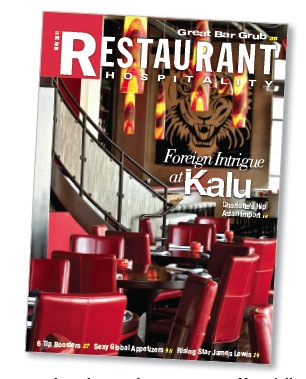 The meal arrived and everyone was happy -- until the bill came. He noticed an additional charge of $1.50 for his replacement side. Here's what he said to me: "Hey, a buck fifty is no big deal. I can afford the stinkin' buck fifty. But what's the reason for the extra charge? Was the kitchen so put out that it had to place sweet potato fries on the plate as opposed to mashed potatoes? Are sweet potato fries $1.50 more expensive per serving than mashed potatoes?"

Unlike so many of my other friends I've written about following meals gone awry, this dinner companion was steamed, but in a cool, calculated manner. No servers cried or died during the making and presentation of this meal. Nevertheless, he was so expressive with his anguish that I suppressed my desire to laugh at him. Not long before this dinner, we crossed paths in Manhattan, specifically in the Meat Packing District, where we spent nearly $400 on dinner. Drinks were in the $18 range, and appetizers were $24-plus. This most recent meal, with the controversial sweet potato fries and everything else, cost us under $50.

"But, damn it! It's a matter of principle," he said. He does have a point, particularly at the point of transaction. When my friend requested the side-dish exchange, why wasn't he told about the additional charge? And, if sweet potato fries are more costly than mashed potatoes, the server might have mentioned that then. And I know if the server had, my friend would have still ordered the fries because he "can afford the stinkin' buck fifty."

One more comment from my friend: "I know margins are tight in the restaurant business, but is the additional $1.50 the restaurant makes from the change order worth the risk of alienating a customer?"

He wasn't kidding. We had talked about getting together for dinner again soon, but he immediately dismissed any thoughts of returning to the aforementioned restaurant.

Anytime customers order a la carte they should absolutely expect to pay more. The server should have mentioned the up-charge. If the kitchen is not getting the price they should for the food it serves, then it will not be around long, whether a customer decides to visit again or not. Mike DeMarco, Owner, Haley's Pizzeria, Litchfield, NH

In my case, mashed potatoes are made from fresh potatoes daily.The sweet potato fries are frozen and are cooked to order. At the end of the day, leftover mashed potatoes are tossed. Waste is expensive and must be absorbed. Judy Dunston Kissel, Owner, Dunston's Steakhouse, Dallas, TX

If we don't tell a customer a side dish change will cost more, he or she will get angry and possibly won't come back. However, if we do tell them there is an up-charge, their response sometimes is, "I didn't ask if it costs more, I want it" or "You don't think I can afford to pay more?" So we just don't go there at all. At my restaurant there is no up-charge, no squabbling, just happy customers. Billy Gene Smith, Owner, Billy Gene's Restaurant, Kerrville, TX

It's very difficult to run a restaurant now. There is a huge amount of competition, people are extremely careful where they dine, food costs are going through the roof and profit margins are slim. People who eat out do not care about food costs. They just want what they want and we need to accommodate them as best as we can. Hopefully as time goes on we will win. Bill Quigley, General Manager, Ponderosa Steakhouse, Dearborn Heights, MI

Restaurants are always dealing with the have it your way mindset, and $1.50 won't keep some customers from requesting changes. But it's hard to explain to a customer that their food is going to take a little longer because the table next to them all had special order requests. Your best bet as a restaurant owner is to train your staff to tell the client, "No problem, that'll be $1.50 extra." Chriss Papayannis, Owner, Al Dente Italian Restaurant, York, PA

It's never a good thing to tally an extra fee for anything without telling the customer first. It's not the cost, it's the principle of the thing. It's always a good idea for a restaurant to spell out how valuable communication is between server and customer and leave the surprises for birthdays. Our staff will be revisiting our policy on customer service thanks to your great column. Ellen Michie, General Manager, Avanti Restaurant & Catering, Phoenix

A lady who had dined with us complained that she thought she was overcharged for a dessert because the server rang in a different dessert than what she had ordered. In an effort to pass along some savings to her, we charged her for a peach cobbler a la mode ($6.50) instead of the bread pudding a la mode that she had ordered. We, in fact, do not have a bread pudding a la mode. We have bread pudding ($3.95) and a side of ice cream ($3.25). So she would have paid $7.20 for bread pudding a la mode. The server was trying to save her 70 cents, but she could not be convinced that we did not overcharge her $1.55. Go figure. The result of this incident is that now our customers will be charged appropriately for each of the items they order. Your article has brought about a discussion that we in the industry rarely think about. Dan Dickerson , Managing Member, Driftwood LLC, Jekyll Island, GA

I think you and your friend both are wrong. You for sugg- the server should have informed your friend of the up-charge. That is the age-old question: Do you tell the guest of the up-charge, implying that he or she didn't read the menu or that the customer may not be able to afford it? Shouldn't the general public understand that if there is a menu substitution that they should expect a charge? The restaurant selling sweet potato fries is most definitely paying more for them. Tell your friend to loosen up a little. I'm sure the restaurant didn't mean to offend him and he probably didn't mean to be a jerk. Phil de Gruy, Owner, Phil's Grill, New Orleans

I find it hard to understand why people want to customize an order, but not pay for the difference in cost. We have a list of a la carte pricing. If the change is equal, there is no up-charge. But if the substitution costs more, the difference is charged to the guest. I believe the server should have made the guest aware of the charge, but since it was not the money that was the issue I think your friend would still have been upset. Jo Brady, Owner, Wildfire Restaurant, Georgetown, TX

Regarding your friend and the buck fifty: He is using the excuse "matter of principle" because he really is cheap. He should just let it go. Better yet, maybe he should get into the restaurant business and experience how demanding it is and how many personalities there are to please. Jack Studiale, Owner, Tropical Acres Steak House, Ft. Lauderdale

I had an exchange with a customer a while back who become enraged when he was informed (while he was ordering) that a side dish substitution would be one dollar extra. He told me, among other things, that he would never return to the restaurant again. In the end, I told my server to take the dollar off of the check, and I might have even sent him dessert on the house. Did the substitution really cost that much more? No, but if we offered a choice of side dish (instead of a designated side dish) for every entree on our menu, our costs would be substantially greater, and our entrees would cost at least a dollar more. And if your friend's chicken dish had been $1.50 more expensive from the get-go, he wouldn't have blinked an eye. I bend over backward to please my customers, and, since the aforementioned experience, I am very hesitant to up-charge. On the other hand, I can understand why other restaurants hang the "NO SUBSTITUTIONS" sign. Still, when I dine out, I pay the stinkin' buck fifty with a smile. Elizabeth Barsotti, General Manager, Nino's Restaurant, Mount Pleasant, PA

From a chef's point of view, it is a little annoying when you compose a menu item or special with ingredients that you think go together nicely and a guest substitutes or changes different components. Personally, I would want you to order another menu item. Professionally, I've learned to let it go. Even during peak hours, our policy is if we can accommodate a special request without slowing service to the other 100 diners in the room, we do. Albert DeAngelis, Executive Chef, Z Hospitality Group, Fairfield County, CT

Tell us what you think in the comments, below.

All text and photos are Copyright (c) 2012 By Meathead, and all rights are reserved. For more of Meathead's writing, photos, recipes, and barbecue info please visit his website AmazingRibs.com and subscribe to his email newsletter, Smoke Signals.