A few Washington, D.C., restaurants have a little something extra on the menu for Congress members during the government shutdown. These eateries are charging lawmakers more for food and drink. 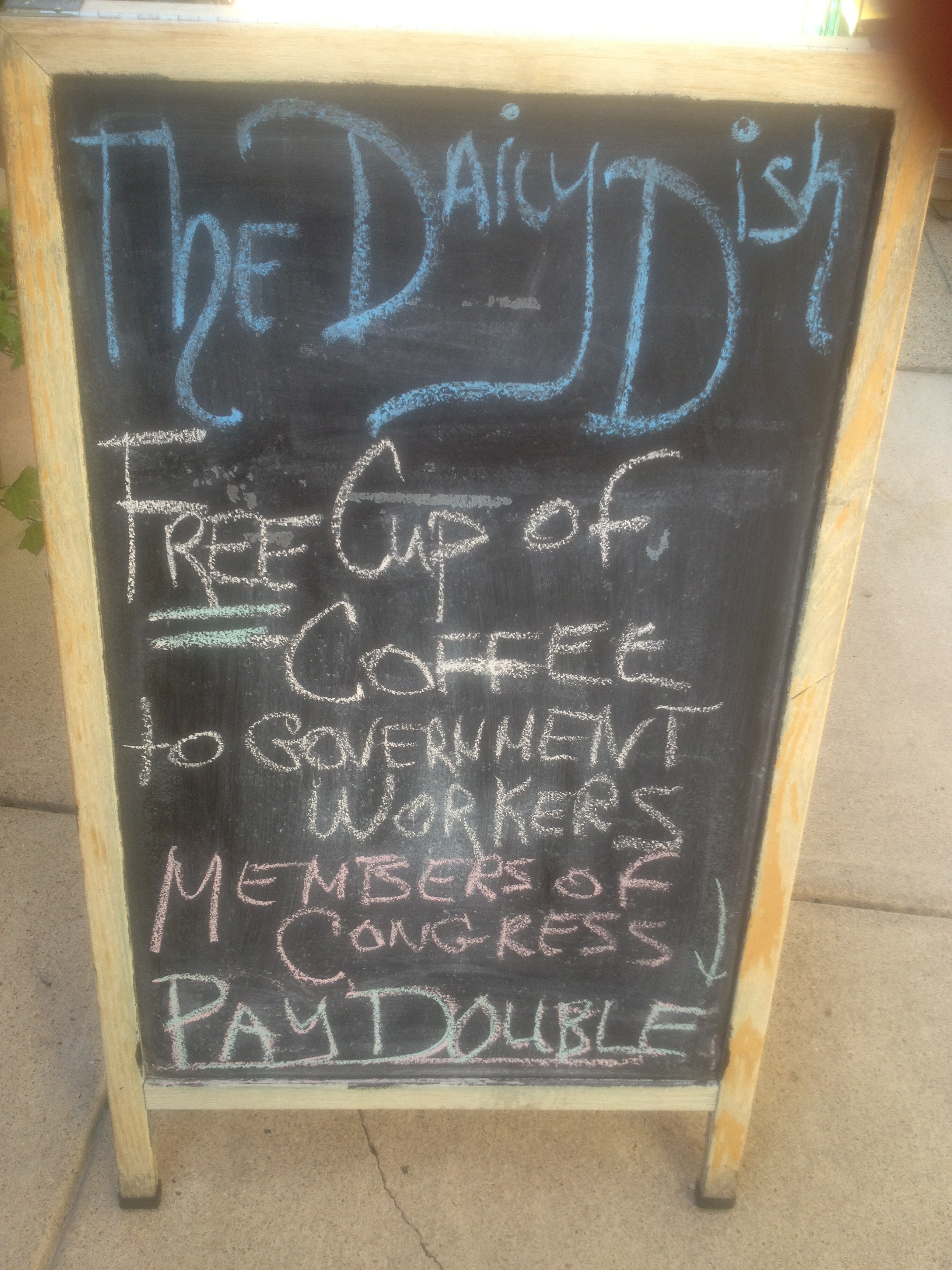 Shutdown specials are all the rage for furloughed employees. At the Daily Dish in Silver Spring, Md., furloughed government employees get free coffee. But "members of Congress pay double," as the sign outside the restaurant says.

No one from Congress has yet to come in and pay the extra cost, Daily Dish co-owner Zena Polin told The Huffington Post on Wednesday. But the announcement of the price differential has earned the vote of customers. While explaining that the move was "a little tongue in cheek," Polin said, "We've had such great feedback."

D.C.'s Kramerbooks & Afterwords Cafe is offering happy hour to all customers except elected officials in the House and Senate. As noted in the Tweet below, the lawmakers belly up to a different payment plan.

Meanwhile, some restaurants merely excluded Capitol Hill lawmakers from their furlough freebies. Celebrity chef Bryan Voltaggio of Range offered complimentary pizza to the furloughed but used a forked tongue to remind legislators that they don't qualify.

Forgot to mention... members of congress not eligible until you get your shit together on the Govt. Cheese pizza give away @VOLT_RANGE