McDonald's upcoming October 6 introduction of a limited all-day breakfast menu has not just other QSRs but also mid-price family concepts scrambling to defend their breakfast turfs. The NPD Group reported that breakfast has been the fast growing daypart, with a 4% increase in customer counts during the 12 months ended May 2015. No chain wants to lose its momentum in the mornings. 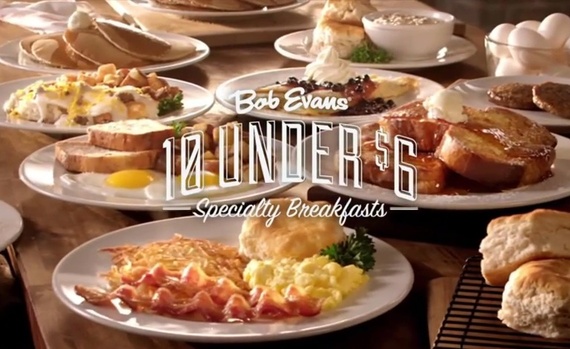 Positioning itself as the "restaurant raised on a farm," new ads from the Bob Evans family-dining chain announce it is "raising the bar on breakfast" with 10 Specialty Breakfasts priced under $6. Last month, Bob Evans' Executive Chair Doug Benham told analysts its menu strategy "is currently focused on higher margin breakfast items as part of our Best in Class Breakfast initiative." Breakfast now represents 40% of its sales and Benham wants it higher. To do so it will "deemphasize the lower margin items such as three-course dinners on our lunch and dinner menus."

Shoney's is touting a $5 "All-Star Breakfast" with "two freshly cracked eggs," crispy bacon, breakfast potatoes and buttermilk biscuit. Since McDonald's also freshly cracks eggs in-store, this benefit (also cited in ads for Bob Evans and others) has power mostly against the likes of Taco Bell, which doesn't use fresh eggs. 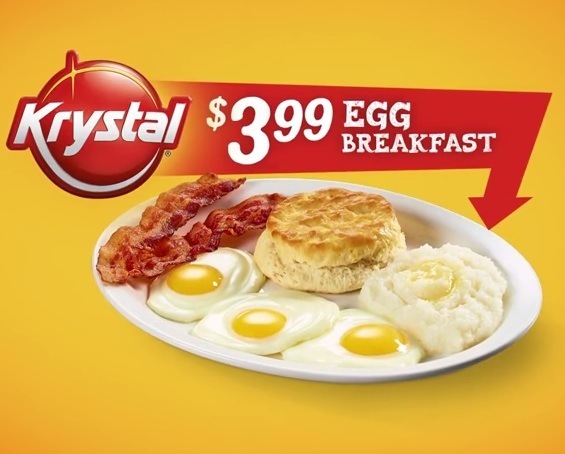 Over the past five years, customer traffic at family-dining restaurants has declined 3% according to NPD data. But while other dayparts slide, family-segment customer counts at breakfast are at least flat, making it these concepts' most important segment.

Krystal suddenly is promoting a "$3.99 Three-Egg Breakfast with Fresh Cracked Eggs." Expect to see more such defensive marketing; I wouldn't be surprised to see a new breakfast item soon from Jack in the Box, which hasn't augmented its morning menu since the Steak & Egg Breakfast Burrito in May.

Even McDonald's is making changes. It is reverting to the original-style English muffin it previously used for McMuffins and is again dressing the muffins with butter rather than margarine. The chain also announced that over the next decade as supplies allow, it will transition to using only cage-free eggs.