Tulsa, Oklahoma, up until June 1921, was a bustling little outpost on the frontier -- head down, blinders on, focused on "black gold" -- and the least likely of places to turn American black history upside down and inside out. Or at least contemplated Walter F. White -- NAACP field secretary, Harlem Renaissance founding father, partisan journalist and one of the greatest social chameleons of our time -- as he boarded a train bound for "T-Town".

White didn't know exactly what to expect when he pulled into the place where the American Negro had forged a new life, openly integrating with the Five Civilized Tribes pushed there during the "Trail of Tears" just a few decades before them. But he did find "the Negroes prospered along with the whites and began to erect comfortable homes, business establishments, a hotel, two cinemas and other enterprises, all of these springing up in the section to which they had been relegated."

Then, in the middle of a societal tinderbox of jealously over land, status and wealth, White concluded, a Negro messenger boy went to deliver a package in a downtown Tulsa office building and came upon a white female elevator operator. White arrived just in time for the showdown. This is how he saw it:

"A hysterical white girl related that a nineteen-year-old colored boy attempted to assault her in the public elevator of a public office building... in open daylight," White wrote in "The Eruption of Tulsa," an article that ran in The Nation June 29, 1921. "Without pausing to find out whether or not the story was true, without bothering with the slight detail of investigating the character of the woman who made the outcry... a mob of 100-per-cent (sic) Americans set forth on a wild rampage that cost the lives of fifty white men; of between 150 and 200 colored men, women and children; the destruction by fire of $1,500,000 worth of property; the looting of many homes; and everlasting damage to the reputation of the city of Tulsa and the State of Oklahoma."

Despite the efforts of White and many other journalists over the years, Tulsans -- both white and black -- always managed to sweep the riot's history under the rug and pretend it didn't exist. For white residents, it was an embarrassment, a smear on the city's "can do" past and opportunistic future. For blacks, it boiled down to a matter of retribution. Could this happen again? What costs would their community pay if word about the riot leaked? For nearly eight decades, the riot remained Tulsa's closeted skeleton.

That is changing. Since 1996, when the New York Times Magazine swept into the bedroom community to write a story about the 75th anniversary of the riot, interest about it has grown across the country. But on May 1, a groundbreaking event occurred when This Land Press, Tulsa's first independent newspaper, released its latest issue dedicated to the 90th anniversary of the Tulsa Race Riot of 1921, marking the only Oklahoma-based publication to devote an entire printing to the atrocity. 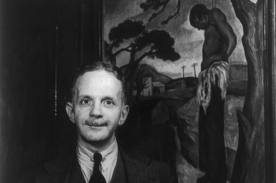 "While the Riot isn't new, racial issues continue to be a critical part of journalistic coverage in Tulsa," said Michael Mason, the founder and publisher of This Land. "You can't really understand America without looking at its middle, and that's exactly where the worst race riot in America's history occurred.

"The Tulsa Race Riot distills the story of America's racial tensions to its essence. But the story of the Riot is less about the incident itself, and more about the way the community responded -- or didn't respond -- to it."

For its part, This Land's May issue provides a gallimaufry of riot-related stories to Oklahomans -- most received very favorably by the city's inhabitants, said Mason, who was born and raised in Tulsa, attended both public and private schools and finally learned about the riot when he was 25, "through a small exhibit set up at the downtown Tulsa library." In addition to publishing a local scholar Hannibal Johnson's piece about the need to educate young people about the riot -- as well as a survey revealing that 73 percent of Tulsans were not taught about the riot in primary or secondary school -- This Land featured a profile from the ranks of the dwindling riot survivors, a historical narrative about Walter White and two stories about the reign of the Ku Klux Klan in Oklahoma.

Mason said that with the last issue, This Land has kicked off its annual May theme, adding the paper will cover the riot "as long as we're publishing print.

"It's hard to believe that there are still so many stories that remain to be told, but Tulsa still has a vast surplus of Riot-related secrets. We already have several stories we're researching for next year."

The dedication to the cause and the enthusiasm for change Mason envisions has been evoked before. Though one of his more adventurous investigations, filled with overt racism and unfathomable brutality, Walter White nonetheless held out hope for Tulsa, which he defended in The Nation:

"The damage to Tulsa itself would be irreparable if the attitude of that community were the brazenly defiant one which usually marks a Southern community after a scene of such violence and lawlessness," he wrote. "Happily, Tulsa has had remorse and is not afraid to admit it."

Ultimately, White moved on. He rose from riot investigator through the ranks of the NAACP to become the executive secretary before fading into obscurity, due to the changing times, his team of rivals at the NAACP and, ironically, the complexion that propelled him to the pinnacle of fame. Let's just hope, once more, that Tulsa doesn't follow suit.