With the Middle East Awakening, this century witnessed geopolitical jolts that surprised even the most astute and experienced international observers. To be expected, governments around the globe, including the United States (U.S.), were blindsided by these momentous events. It is unsurprising, then, that revolutions in Egypt, Libya, and Tunisia today appear unfulfilled and sluggish.

A primary contributor to these less than ideal revolutionary aftermaths is that accountability, rule of law, and respect for human rights were either overlooked or insufficiently embraced. In their absence, the quest for democracy and long-term peace and stability turns to bitter disappointment, threatening the legitimacy and effectiveness of transitional governments. While the removal of despots in each country offers hope, this optimism has thus far been dashed by political expediency.

In Syria, unfortunately, no such hope yet exists. The Assad regime remains in power and has trained that power on his own people, resulting in horrific crimes against civilians and combatants alike. Rebel forces, which were originally formed to oppose Assad's crackdown, have devolved into committing widespread atrocities themselves against populations and soldiers loyal to Assad. As this "tit-for-tat" civil war unfolds, it is innocent civilians and captured prisoners of war in the thousands that end up tortured, raped, and killed. 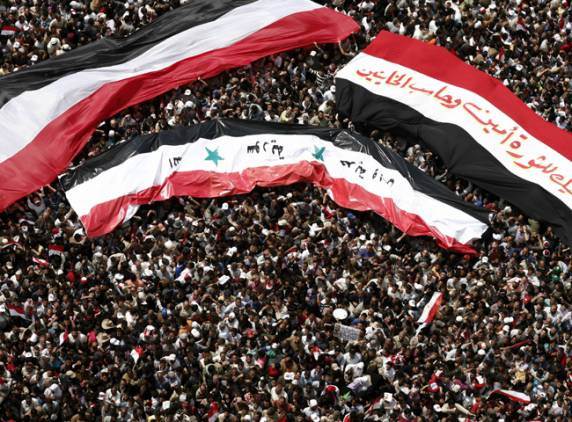 In a minor and long overdue breakthrough, Russia and the U.S. are convening a peace conference to discuss ways to end this crisis. At this conference, stakeholders should emphasize the need to replace violence in Syria with more than just peace, but lasting stability and growth. A critical step towards these ends is the investigation and prosecution of all atrocity crimes by the International Criminal Court (ICC).

To be sure, the ICC is not a panacea to all Syrian ills. Likewise, the ICC is not or should not be a political pawn at a diplomatic peace conference. Yet, the international community can and must offer hope in the form of justice - to ensure that the crimes visited upon all Syrians are ultimately met by the force of law. Although securing and supporting ICC involvement will be a struggle that requires patience and determination, it is a vital step in safeguarding Syria's future from a becoming a predicament like that of its post-revolutionary North African neighbors.

As geopolitics currently stand, however, only a deal amongst the permanent five (P5) representatives of the UN Security Council - particularly the U.S., China, and Russia - could initiate ICC investigations in Syria. To explain, Syria is not a State Party to the Rome Statute - the foundational treaty of the ICC. Therefore, other State Parties cannot refer Syria to the ICC, nor can the ICC Prosecutor unilaterally decide to investigate in Syria. Further, it is very unlikely that Syria would self-refer to the ICC pursuant to article 12.3 of the Rome Statute, another jurisdictional trigger. All that is left, therefore, is an UN Security Council referral, which, under Security Council rules, could be vetoed by any one of the P5. Both China and Russia (the latter, a longtime ally of Syria) currently oppose ICC jurisdiction in Syria.

Despite this apparent roadblock, the U.S. leading by example with respect to its staunch regional ally, Bahrain, could change regional and Syrian dynamics in its favor. Starting in early 2011, popular protests in Bahrain were brutally repressed by the ruling monarchy. While King Hamad appointed distinguished international lawyers to an independent commission of inquiry to investigate the crackdown, almost all of the commission's accountability recommendations have gone unheeded. Political violence continues today, and Human Rights Watch recently called Bahrain a "haven for torturers." In response to this on-going crackdown, the U.S. reaction has been tepid at best, in large part due to the U.S. 5th Naval Fleet being based in Bahrain. 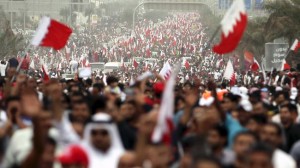 Juxtaposing U.S. support for accountability in Syria next to its lack of action in Bahrain is more than just an embarrassing hypocrisy. It harms the U.S.'s ability to persuade fellow P5 members of the ICC's potential - as part of a larger, well-sequenced campaign - to bring an end to the civil war in Syria. Specifically, ICC involvement in Syria (or any conflict zone) as an independent judicial institution can play an indirect, but indispensable role in ending violence and maintaining peace during the process of reconstruction. The ICC, like temporary international tribunals before it, can help end hostilities by delegitimizing leaders in power and, often as important, opposition leaders who also commit atrocities to advance their objectives. With reports that the fall of the Assad regime could easily result in a larger-scale bloodbath among rebel groups vying for power, and potentially, the disintegration of Syria as we know it, it is all the more important to have an objective entity that can hold all mass criminals accountable.

The ICC's ability to end and deter future violence in Syria, for instance, can be further enhanced if the UN Security Council issues a delayed or contingency referral, which is a referral that authorizes ICC jurisdiction only if a peace agreement is not reached within a set period of time, or not honored thereafter. Faced with such a U.N. Security Council resolution, the warring parties would have a powerful incentive to make and maintain peace and, in so doing, restore hope to their beleaguered people.

Yet, no matter how beneficial ICC involvement in Syria might be, the U.S. cannot sway all P5 members on the value of a Syria-ICC referral if the U.S. regional policy remains contradictory and suspicious. Russia will have no reason to believe a Syria referral is anything but a covert way of unsettling its strategic interests in the Middle East. Moreover, many in the region and beyond would see a referral championed by the U.S. - at this stage, a non-state party to the Rome Statute - as the continuation of politics by other means.

To alleviate Russian and other key players' concerns, the U.S. must give them reason to think otherwise. One essential first step to change their opinions would be for the U.S. to re-establish itself as a principled leader on human rights issues in the region, vis-à-vis action in Bahrain. With intentions clarified and a reputation reinvigorated, the U.S. can better dispel the argument that a proposed Syria referral is political. It is at this point that an open and honest discussion can occur on how the ICC and other concurrent efforts can play a pivotal role in ending the Syrian civil war.

Proposing that the key to progress in Syria may be U.S. progress on Bahrain is not to say it is all a matter of a simple quid pro quo. Even if the U.S. were to push for full accountability in Bahrain tomorrow, it would not result in immediate peace in Syria or even an overnight referral of Syria to the ICC. However, there are no fast solutions to the Syria problem. Further, there are few non-military options for securing and maintaining peace and security in Middle East conflicts zones. What is left is developing medium and long-term strategies to end the violence and institute lasting peace and security. The ICC is and should be an important component of those bona fides strategies, although not a guarantor of success. Yet, this type of gamble is well worth it.