The first reviews of Apple's new Retina MacBook Pro are trickling in, and nearly every reviewer reaches the same conclusion at the end of his or her piece:

The MacBook Pro is one of the best notebooks ever made, its appeal is limited only by its relatively high price.

For laptop reviewers, it is a chorus as catchy as that of "Call Me Maybe:" The Retina MacBook Pro is excellent, but also expensive. It is a game-changer, for a lot of green. Best-in-class, for a mess of cash.

To quote Carly Rae Jepsen: "Pennies and dimes for a kiss."

No money, no honey -- but God, is that honey sweet. But don't take my word for it. Here's what the critics had to say.

Hey, I just met you, writes David Pogue of the New York Times:

How does the new laptop fare on the Ultimate Laptop Wish List? Extremely well. It tops the charts on screen, keyboard, sound, start-up time, looks, battery life and fast/thin/light. It can have copious memory (up to 16 gigabytes) and storage, for a handsome fee.

Inexpensive? Not even close.

And this is crazy, concurs Vincent Nguyen of Slashgear:

Just as switching from Retina on a new iPad to another tablet feels like stepping back in time, so the new MacBook Pro’s display feels like what computing really should be. Priced at the top end of the market it may be, but for multimedia professionals, developers and those that covet the cutting-edge, the new MacBook Pro with Retina Display is the new gold standard.

But here's my number, Mark Spoonauer of Laptop Mag offers,

Starting at $2,199, the new MacBook Pro wasn't designed for the masses. It's for those who demand the very best and are willing to pay for it.

So call me maybe? Harry McCracken of Time purrs,

Even for those of us who are unlikely to spend more than two grand on a computer...the arrival of the Retina MacBook Pro is a meaningful moment in Mac history. It’s the most refined, advanced PC that Apple has produced to date. And it’s a safe bet that the ideas it exhibits will be reflected in future models from the company, including ones with smaller screens and smaller price tags.

Aside from the oft-repeated claim that the Retina MacBook is fantastic and yet also pricey, what else can we glean from these generally convergent reviews? A few salient points:

IT'S HARD TO LOOK RIGHT AT YOU, BABY

Reviewers have raved about the Retina display; it is the kind of no-going-back-after-you've-seen-it change that defined Apple's upgrade from the iPad 2 to the iPad 3. After spending time on the Retina MacBook, Joanna Stern of ABC News said she thought her contacts had fallen out when going back to the non-Retina screen on her MacBook Air.

The Retina display MacBook Pro is a must-own for photo editors, videographers, art designers -- anyone working in a field that calls for heavy visual work on a computer. If you are working in one of these fields, you have probably already ordered one.

For everyone else, the consensus seems to be that the Retina MacBook Pro is a luxury buy, though one that will not disappoint, and one that will eventually be the standard for laptops from every company.

If a computer does not have the processing power, a dazzling display is meaningless. Luckily, it appears that Apple's MacBook Pro performs exceedingly well. According to our numerologically inclined partners at Engadget, the Retina MacBook Pro "handled absolutely everything we could throw at it and did so with aplomb." (Full benchmark breakdowns available at Engadget).

TRY TO CHASE ME

There was also much high praise for the quietness of the fans within the new Pro, as well as the sound quality on the speakers, both of which could now be the metric by which other notebooks are measured.

WHERE YOU THINK YOU'RE GOIN', BABY?

So what disappointed reviewers? Price seems to be the new MacBook Pro's most obvious weakness. Though most pundits expect the cost of the Retina MacBook to decrease over time, this notebook now costs, at the cheapest, $2,200. Peter Svensson of the Associated Press notes that the starting price for the Retina MacBook Pro is "nearly three times more than the average consumer spends on a laptop."

For those who use their notebooks to read emails, browse the web, and play Solitaire, spending more than $2,000 on a computer seems extravagant. Wait for the price to come down, or choose another device, several reviewers urged.

What else, besides price, disappointed? Not much. Engadget bemoaned the relative weight of the Pro compared to the Air and other Ultrabooks, though this Pro seems more suited to be a desktop replacement than a portable gadget. The lack of an optical drive for playing CDs and DVDs, as well as a relative lack of USB ports, irked David Pogue; the lack of an ethernet port to connect to the Internet via physical wire bothered Ed Baig at USA Today (Hope you've got Wi-Fi!).

Another recurring complaint was the lack of apps ready for the Retina display. Those that have not been specially developed to support all those pixels look smudgy or unclear, resulting in views that "vary from okay to awful," per Time's McCracken. Engadget concurred: "Right now, seemingly every third-party app on the Mac looks terrible."

That should be solved over time, as designers recalibrate for Retina-quality screens. For a few months, however, your favorite apps might look like digitized barf.

At the risk of repeating the chorus of an overplayed song: The MacBook Pro is a fantastic, powerful, top-of-the-line notebook, one of the best you can buy; it is also very, very expensive, compared with competing machines. If you can afford the Retina MacBook Pro, you won't be disappointed. If you cannot afford it, prices should drop eventually, as they did with the MacBook Air. There are also a pack of Windows PCs, as well as the MacBook Air, for under $1000 that merit a look for the casual user.

If the Retina MacBook doesn't come into your life, will you miss it so, so bad? Maybe. But you might miss the money you would save on a cheaper machine more. Such are the conundrums of young love, and also the modern laptop computer-buying process. 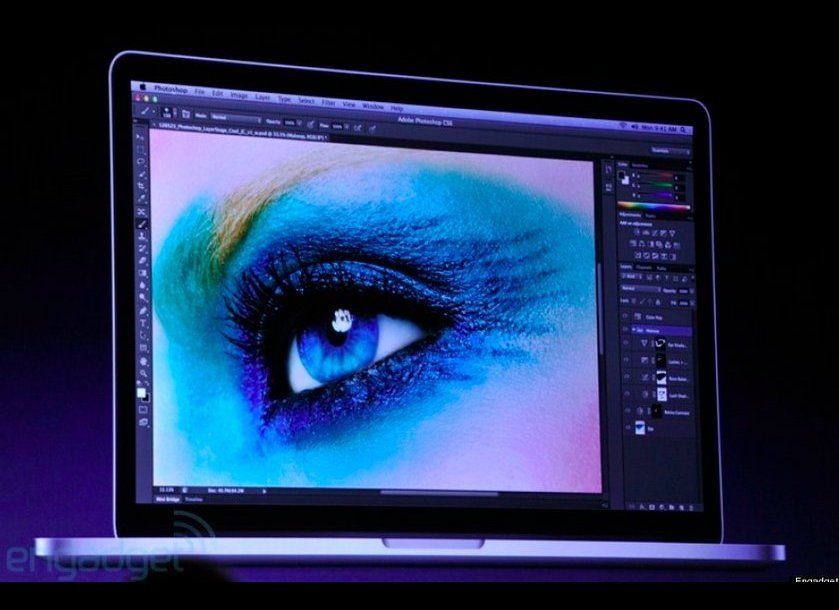