It is possible to retire overseas and live well on a budget of as little as $700 per month. That's an extreme, though, and it's not to say that you could retire anywhere overseas on $700 per month. The choices that meet this criteria have something else in common -- they can all also be described as "local" options. By this I mean these are places where you'd be living like the locals, among the locals, shopping where the locals shop, eating where the locals eat, and speaking whatever language the locals speak. Do you find the thought of that exciting? Or terrifying?

Top choices right now for where to retire well on a limited budget include Ecuador and Nicaragua.

In Ecuador, I'd recommend one spot specifically: Cuenca, a colonial city with city amenities, perhaps the best place in the Americas to retire well on little. Cuenca is a city of cobblestoned streets, historic Spanish architecture, and grand colonial churches. It's also a place where, each day living here, you'll know that you're in a different part of the planet. As a friend who's lived in Cuenca puts it, "Lots of retirement destinations tout the fact that they're just like the United States -- that you can settle in to familiar surroundings -- but you won't hear that about Cuenca. Even after five years living in Cuenca, I'd frequently stop, look at my surroundings, and marvel at the fact that I was living such a life. The thrill of being in this old Spanish capital never wore off."

The low cost of living is perhaps Cuenca's biggest appeal, but it's not the only one. The health care is high quality, honest, and inexpensive. The climate is near-perfect, with 12 spring-like months every year. And the city's large and growing expat community is one of Latin America's most diverse and well-blended. Downtown Cuenca is in a generally good state of preservation, considering the original adobe construction, and today's Cuenca boasts cafes, restaurants, bars, and bookshops alongside the traditional butchers, tailors, repair shops, clothing stores, and bakeries.

In Cuenca, you could buy a retirement residence in the center of town for as little as $850 per square meter. That's absolutely, universally cheap. It means that a 150-square-meter house or apartment (that's about 1,500 square feet), at one of the city's most central addresses, in move-in condition, can be had for as little as $125,000.

Nicaragua in general is slightly more expensive than Ecuador, but the costs both of living and of real estate in Granada in particular are on par with those in Cuenca, and I'd name Granada as the second-best choice in the Americas for retiring well on a modest budget, even as little as $700 per month. One big difference between these two retirement options is that, in Granada, you're retired at sea level (though on the shores of a lake, not the ocean), while in Cuenca, you're in the mountains. Your choice could come down to the kind of climate you're looking for.

The Spanish first landed in Nicaragua in 1522. Two years later the Spanish Conquistador Francisco Fernandez de Cordoba founded Granada, which considers herself the oldest city in the Americas. She was intended, by the Spanish, to be a statement of elegance and a reflection of the original Granada in Spain. The new Granada, on the shores of Lake Nicaragua, has suffered a long cycle of destruction at the mercy of buccaneers and earthquakes. Yet this old girl continues to dust herself off and re-right her crown, and today she shines.

Granada's current renaissance is thanks to private and public funding. Spain has restored some of the major thoroughfares with palms and paving. The rest of the rehabilitation is being carried out by wealthy Nicaraguans and retiring expatriates from the world over. The bandstand in the park has been painted, and the park itself is clean and inviting. There's a new hospital nearby, donated by the Japanese.

One of the key attractions for Granada, along with its super-low cost of living is its classic-style Spanish colonial architecture. Today, thanks to the collapse of Nicaragua's property market in recent years, real estate prices in Granada, as in Cuenca, are below the magic $1,000-per-square-meter mark. That is, today, you could buy one of Granada's old colonials for as little as $50,000. You could spend much more, of course, but, whatever your budget, you'll have lots of options. The city boasts lots of inventory of some of the most impressive Spanish-colonial structures in the world. Their center courtyards are typically open-air and often contain swimming pools.

Comparing Cuenca and Granada, there's no clear better choice. The key to choosing between them, as with any decision to retire overseas, is to understand your priorities and lifestyle preferences.

Retire Overseas On $700 A Month? Yes, Really
2 Countries Where You Can Live Well On $700/Month 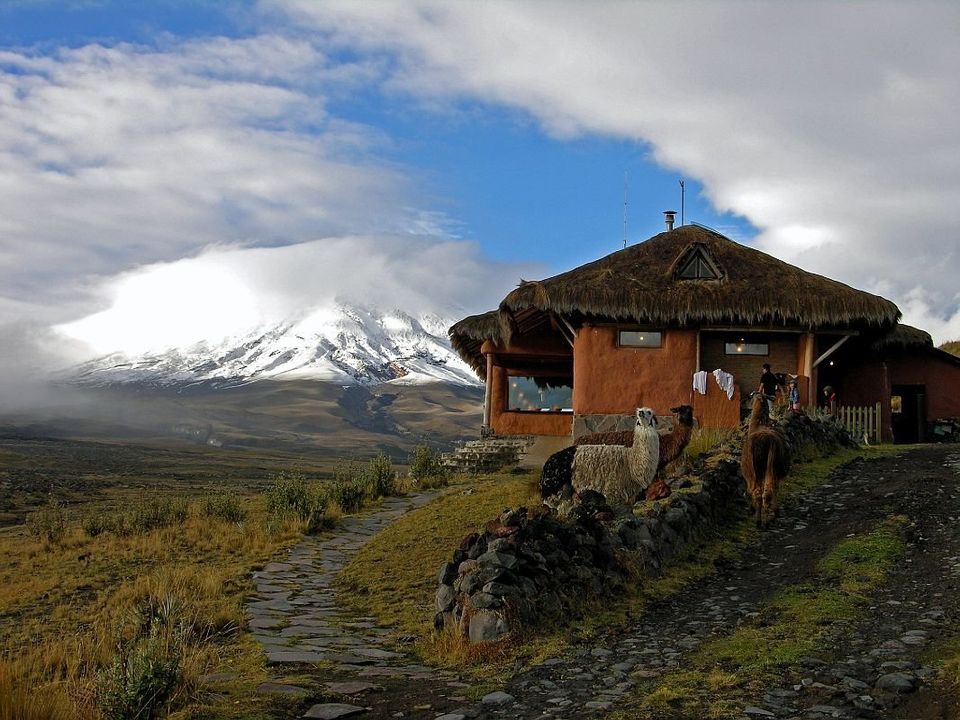