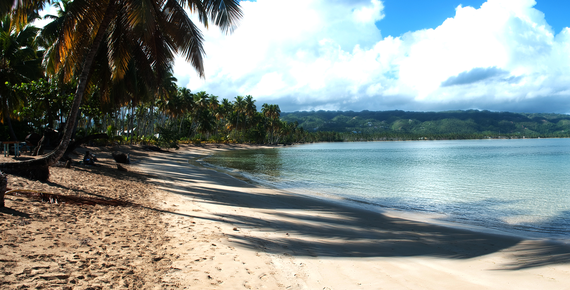 Todd Schlosser came to the Dominican Republic from Ohio 11 years ago. The plan was to rent a house for a few weeks with a friend in resort-town Puerto Plata. After a couple of weeks on the island, Todd decided to stay. It was winter, and the thought of returning to snowy Ohio wasn't appealing.

More than that, Todd had fallen in love with the active DR lifestyle, the low cost of everything, and, more than anything, the Dominicans themselves.

Like many who fall for the Dominican Republic on vacation, Todd knew the touristy area where he'd spent his holiday was not the place to try to build a new life. He asked around, took buses to visit different towns, and finally found Las Terrenas.

In his mid-40s and not ready for retirement, Todd wanted to build a business. His first ideas were based on his own experiences in the country. He tried to capitalize on what he had enjoyed and believed others would enjoy as well. He'd had fun exploring the island by ATV, so he bought several, which he then rented out to tourists who managed to find their way to remote Las Terrenas. 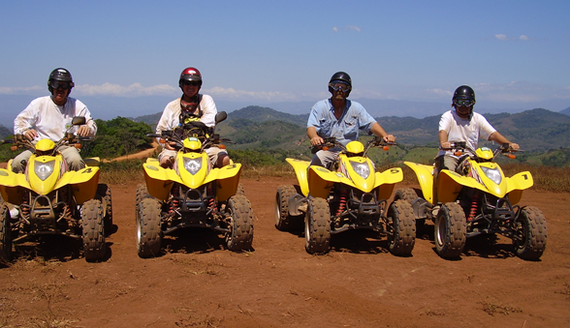 Not a bad business idea, but the population of Las Terrenas 10 years ago couldn't support it. Todd was having fun but struggling through unpredictable cycles of feast and famine. When a group of tourists found their way to town, life was good, but when tourists were few, things got tough. Plus, it's not easy to keep vehicles in good working order in this kind of environment. The salt air is harsh, the roads back then were rugged, and sourcing replacement parts was a challenge.

Todd admits that the business would make more sense nowadays, and, in fact, several beach vehicle rental and sales shops are operating successfully today. Las Terrenas is a destination now, both for Dominicans and foreigners. Plus, access to the region is much improved now, so spare parts are easier to find.

Somehow (he isn't quite sure how) Todd's failed quad venture parlayed into a series of other misadventures and then, finally, into a mail-forwarding franchise, CPS Las Terrenas. Mail forwarding is an invaluable service for expats, and no such business existed in Las Terrenas when Todd launched his.

This is a typical strategy among expat entrepreneurs and valuable advice for the prospective overseas business owner. Once you've settled in your new home, you'll begin to identify market gaps that you may be able to fill. You provide your new community with a needed product or service and earn cash flow in return.

Another important point to take from Todd's story is to leave yourself open to possibilities, including the possibility of failure. Todd followed his passions. He never dreamed they would lead him to a profitable and enjoyable mail business, in the end a happy accident. There were hard times and disappointments along the way, but Todd enjoyed himself throughout and rolled with the punches until he hit on something that worked.

Mail forwarding may not sound exciting, but the business fits Todd's lifestyle perfectly. Todd is a people-person. He doesn't like regular hours or to be in an office all day, and he has a young family he wants to be home to enjoy. His franchise allows him freedom, flexible hours, and to have the chance to meet every new expat to come to Las Terrenas, meaning he's constantly making new friends.

Had Todd come to the country with a plan set in stone or been inflexible and unwilling to adapt as things played out, he might've run home, as some other too-eager, wanna-be expats have. But Todd moved overseas to build a life. He didn't try to plan out too carefully what that new life would eventually look like. What he has built is nothing like he imagined, but, as he explains, "If I had tried to force the way instead of allowing it to unfold organically, I'd likely be back in Ohio shoveling snow."

Somewhere in the midst of launching his businesses, Todd managed to find time to fall in love, marry Yani, his Dominican better-half, and have a daughter, 8-year-old Pamela. Having a family and raising his daughter in Las Terrenas have been completely unimagined upsides for Todd.

Todd describes the country as a cliché of 1950s America...

"Everyone here is like one huge family. People are hospitable and courteous, but not in the obligatory way that I think we Americans can be. These people are far from rich, but no one goes hungry, because everyone looks out for each other.

"When a Dominican offers you something, it isn't an empty offer. I have been offered plates of food in every house I've ever stepped into here -- not just offered but served! As soon as I sit down, there's a plate in my hands, whether I want it or not.

"If I'm working outside, some stranger will see me and bring me a plate or a cold glass of something for no other reason than they want to help. They want to be nice, no matter who you are. It's humbling. 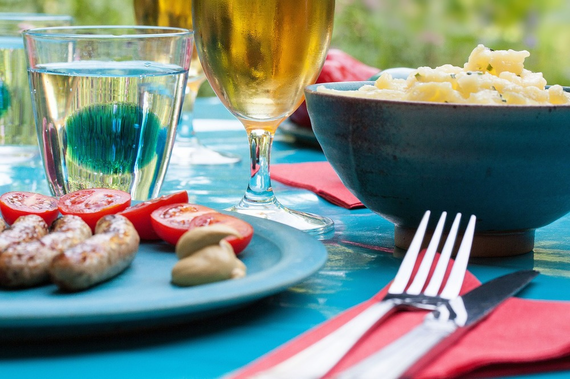 "No one here has much, but whatever they have, they want to share with you. Charity is something that isn't done by a church or an institution here. It's done every day by every single person living here. If there is a community member in bad shape, everyone pitches in to help him out and shares responsibility. Rather than soup kitchens, we have neighbors."

Todd also reports that he has never experienced any resentment against foreigners. Although, like anywhere in the world, if you look like you've got cash to spare, someone might try to talk you out of it. You may be quoted a slightly higher "gringo price," a Dominican friend may hit you up for a loan, or a service provider may try to cut a corner here or there. These kinds of things aren't uncommon in the developing world.

"The difference in the Dominican Republic," Todd says, "is that Dominicans can tell if you are really in need. Blow a tire in Ohio and no one is stopping for you, bet on it. You better have AAA, or hope a cop spots you. Otherwise you're stuck. If you pop a tire here, within 30 seconds there are a handful of people to help who don't expect anything for their trouble. That is unusual in Latin America. In my experience, locals usually want a payoff from a foreigner in a tight spot. Not here."

But no place is perfect. You need patience to make a life here. The kind of patience most North Americans have trouble with. If you don't come with patience, you develop it fast or move on. The culture here is slow, no getting around it.

"My biggest frustration?" Todd says. "The infrastructure. At first, my mail center was located on a street with low-hanging electric and phone lines. Every month a truck would come down the road and tear down the wires. Every month the electricity, phone, and Internet would be down, for up to five days at a time. After more than a year of calling to complain every month, the company finally sent a team to raise the lines.

"It's that kind of situation that would have most type-A Americans tearing out their hair, but it's typical of the frustration you have in a small town in the Dominican Republic."

Todd is a typical expat: independent, resilient, and entrepreneurial. Those are the qualities that have made his life in Las Terrenas a success. He doesn't know what may come next, and maybe that's the best part of the whole adventure.

Top 10 Things To Do In Las Terrenas, Dominican Republic