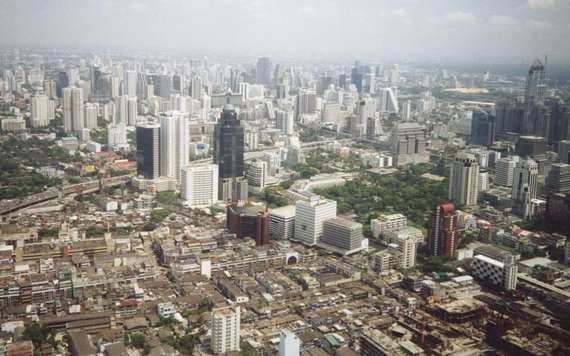 More expatriates live in Bangkok, Thailand than in any other city in Southeast Asia.

Bangkok has a population of roughly eight million people; about 25 percent of them are citizens from other countries, including the United States, Canada, Great Britain, Germany, Australia, and Japan. About a third of the total Western population of the city is American. Many of these Western foreigners are teaching English or earning a living otherwise. However, there's also a sizable population of Western retirees in Bangkok.

Who would retire to Bangkok?

One thing that any retiree can appreciate is the low cost of living in this city. Relatively cheap rent, bargain street food, and inexpensive transportation add up to an overall very affordable cost of living. If you don't mind a simple lifestyle, you can get by on a budget of less than $1,000 per month. If your nest egg stretches to $3,000 per month, you could like royalty in this city.

The quality of the medical care is another big benefit for retirees to Bangkok. Internationally accredited hospitals and clinics provide state-of-the-art care at prices that are a fraction the cost of comparable Western healthcare; on average Bangkok costs are about 20 percent of U.S. costs. Thailand sees more medical tourists than any other country in the world. Forty hospitals and clinics in the country that have received Joint Commission International (JCI) accreditation, and 25 of those are located in Bangkok.

In addition, retired to Bangkok, you'd be on the doorstep of dozens of golf courses and some of the nicest beaches in Thailand. This is a truly international city, meaning you can get most anything you might want from most anywhere in the world. Whatever you're pining for, you'll have no trouble satisfying your food whims. 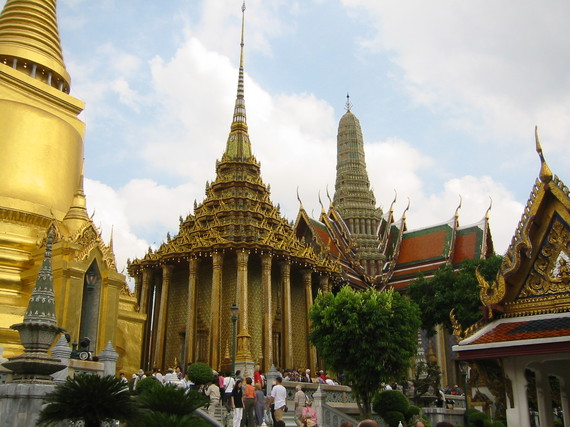 Foreigners in Bangkok can tap into a developed infrastructure of resources and support. Expats gather often, in many places, and for many reasons, formal and informal. Magazines such as Time Out Bangkok and Sukhumvit Scene include extensive listings of restaurants, festivals, concerts, and events around town, and Internet resources such as ThaiVisa provide timely local information. Retired here, you'd have access to top-quality international schools, libraries, concerts, and festivals.

Living in Bangkok, you'd find your new neighbors to be exceptionally pleasant. Thailand is famous as "The Land of Smiles," and you'll be impressed with how well Bangkok lives up to that reputation.

Furthermore, it's now easy for a retiree to obtain a long-stay retirement visa in Thailand. Border runs are history.

Bangkok has a lot going for it, but there are potential drawbacks to take into account before considering the idea of retiring here. Bangkok is big. This is a major city, more chaotic than most. It takes a bit of effort to get out to the peaceful farmlands, deserted beaches, or quiet, open spaces.

Second, Bangkok's tropical climate can be uncomfortable. This is one of the warmest cities in the world, hot and humid year-round.

Third, more coup d'états have occurred in Thailand than in any other country in the world. Since 1932, there have been 11 successful coups and another seven attempted coups. The most recent successful coup was in 2014, resulting in a change of government from Prime Minister Yingluck Shinawatra to a military junta headed by General Prayut Chan-o-cha. The military regime has promised a return to a democratic government, and a general election may occur by February 2016.

Should this history of political unrest bother you? You have to answer that question for yourself. I know many American expats, including retirees, who are living either full- or part-time in Bangkok, who have been in the city during times of coup, who have never experienced any trouble or concern personally, and who have no intention of leaving. They love their lives in this unique and exciting city, one of the most cosmopolitan in the region. 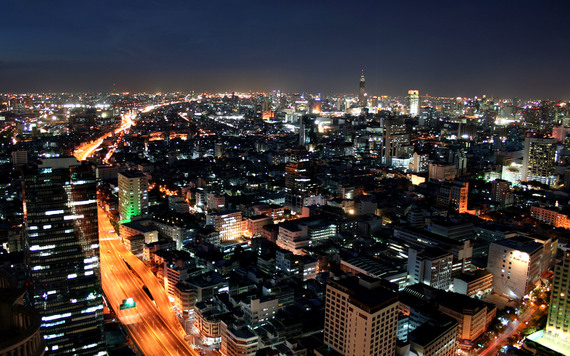 The name Bangkok is actually a Western nickname. The original village that was called Bangkok centuries ago no longer exists. Modern Bangkok's proper Thai name is Krung thep mahanakhon amorn ratanakosin mahintharayutthaya mahadilok popnoparat ratchathani burirom udomratchanivetmahasathan amornpiman avatarnsathit sakkathattiyavisnukarmprasit, which, according to the Guinness Book of Records, is the longest location name in the world. In English, this translates into "The city of angels, the great city, the residence of the Emerald Buddha, the impregnable city of Ayutthaya of God Indra, the grand capital of the world endowed with nine precious gems, the happy city, abounding in an enormous Royal Palace that resembles the heavenly abode where reigns the reincarnated god, a city given by Indra and built by Vishnukarn."

Thais simply refer to their capital city as Krung Thep, or the "City of Angels."