I wouldn't exactly call it a rivalry, but retirees and vacationers alike tend to fall into one of two categories; those who go west in Costa Rica, especially to Jaco (the closest beach town to the international airport) and those who head east to the Carib. And this, of course, makes perfect sense...

In the same way visitors to Florida choose between South Beach or Disneyworld (Let's see, mouse ears or designer drugs?), you go where they have what you want. But unlike the choice between Miami's decco and Orlando's dreck-o, the differences between CR's coasts aren't necessarily well known.

So say hello to SoCa (yeah, I invented that... I think). Less Babylon, more beauty.

No Architectural Monstrosities aka Big Hotels
The SoCa Zone begins in Puerto Viejo and extends down to the snoozy fishing town of Manzanillo near the Panama border. Strung along the coast there are approximately 50 hotels, B'n'Bs and hostels, ranging from almost posh (meaning a waiter will bring you a drink on the beach) to rented hammocks. Add in scores of houses for long or short term rental and you've got something for any taste and/or budget.

What we don't have: chain hotels. No Best Western All Inclusives, no Los Sueños Marriot. No clustered, gawdawful 10-story condominium towers... ("250 units...only 300 meters away from the beach!").

When you build in Puerto Viejo, you do it where there's room and you do it below the treeline, so when you're on the beach all you see are trees, sea, sky and sand. No clearing of hectares (read here: destruction of natural habitats) to erect intrusive hospitality blemishes. Ditto for golf courses; sloths don't like them, monkey's don't like them, and I guess we don't like them, either.

Jaco and the other Pacific Coast towns are much closer to the airport, so if you're on a tight calendar (short week, long weekend, let's say), no one's going to fault you for not wanting to make the four and a half hour car trip to the SoCa.

On the other hand, we're not mad about losing a large percentage of the hit-and-run tourist crowd to the west side: We can do without the stream of creepy white guys who shoot down to Costa Rica for a few days of fishing, drinking and whoring (don't even front; you can't swing a dead monkey in Jaco without hitting ten hookers and the five white guys pawing at them, recounting tales of the tarpon they almost caught, and simultaneously trying to negotiate a price). Sorry if I just blew up your spot, guy who goes fishing in Jaco with his buddies whose wife has no idea what he's been fishing for.

If you're the kind of guy who gets excited by the idea of a fake Hooters with real hookers three deep at the bar, Puerto Viejo's probably not for you; and we're cool with that.

No Corporate Dining
One of the things we haven't developed on this end is an appetite for fast food/chain restauants; no Subway, No Pizza Hut and definately no Quiznos -- where you can "enjoy delicious chef-inspired flavors" (what the f#ck does that even mean?) Much head shaking went on around here when we heard that a Red Lobster opened on the Pac side, for all those tourists who prefer their seafood frozen and flown in, rather than caught locally. (Gotta love those cheese biscuits though.)

What you will find in our little neck of the jungle are over 80 places to eat. You can get rice and beans at a mom-and-pop "soda," a tiny café with two or three tables and no liquor license; sushi made by the former chef at the Japanese embassy in San Jose; or handmade pasta at one of the restaurants run by (hurrah!) expat Italians. And if there's a game that you absolutely have to see, you can swing by The Point, a Caribbean-style piratey sports bar where you can watch the games with your feet in the sand, play a little hold 'em and knock out a platter of organic wings and burgers.

We're Multicultural and International
If you're looking for the TV commercial idea of a beach holiday (chugging beers and dancing, badly, in most cases, to The Piña Colada Song) we can't help you. Don't come to Puerto Viejo looking to splash around in the big hotel pool either, eating $24 club sandwiches and hanging around with people just like you. Same for retirement communities with gates, bridge clubs and movie nights; if that's what you want feel free to check out the Pacific side. We did, and quickly bolted east.

We embrace our little melting pot ethos (more than 40 nationalities are represented here in our tiny beach town) and we're best enjoyed by the adventurous; those in search of the uncommon. There's the front table at one popular bar that's reserved for the never-ending domino game. There's been rumors lately of a dog-eating caiman in one of the rivers. The local chiropractor is also the town guitar tech and occasionally runs a karaoke night. And if you're shopping for souvenirs, we can offer you a wide variety of items with Bob Marley's face: lighters, dresses, bags, napkin holders, skate boards, shot glasses, et cetera.

Width and Breadth
Puerto Viejo's got an ocean of (semi)organized, on-going diversions: workshops on food fermentation and beekeeping, surf opens, little theater groups, a community garden, town baseball teams (men's and niño's), yoga up the wazoo, and an annual arts festival that last year featured a play by the kindergarten kids, nude self-portraits, a belly dancing troupe, and the premiere of a Costa Rican movie shot locally on a shoestring.

We've also got 16 uninterrupted kilometers of absolutely picture postcard Caribbean coastline; horseback riding in the mountains or on the beach; surfing, snorkeling, excellent fishing and more than enough funky night spots for those who want to party.

Puerto Viejo is a real place. With real people living real lives that are different from life "back there." It's also warm and friendly (long as you don't act a fool), and a visit here is certainly different from what you'll experience elsewhere.

* For the record: We own neither business nor property down here and have nothing to gain with the influx of retirees or vacationers; open-minded travelers, though, are always welcome.

PHOTO GALLERY
Why You Should Retire To Costa Rica.

The Top 5 Reasons Costa Rica's Southern Caribbean Coast (SoCa) Is Better Than The Pacific -- For Retirees And Everyone Else
Why You Should Retire To Costa Rica. 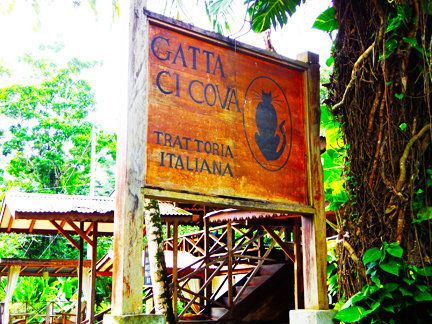