9 Reasons This Could Be Your Best Retirement Option

With more than a million U.S. expats settled in south of the border, Mexico is the most popular choice for North Americans looking for a better life overseas.

Of course, one of the biggest attractions of Mexico is its easy accessibility. Depending on your location in the United States, you can drive to many parts of Mexico along good roads. If that's not an option, the airports at Cancún and Mexico City are accessible from most U.S. cities, and plans are underway to open flights to secondary Mexican towns. Again, depending on your location, you could be in your new home in two to four hours.

While proximity is a huge bonus, there's much more to the whole Mexico package to make it one of the easiest live-overseas options. In a breakout session on one of our recent conferences, our experts reminded us of some more advantages of setting up a new life in Mexico.

Expat presence. One million Americans already call it home, there are lots of communities you can slot right into. Even if you prefer to live outside the established expat communities, it's not difficult to seek out expat company as desired.

You'll be understood. While you'll always have a more fulfilling experience if you make the effort to learn Spanish, you won't be entirely lost in Mexico without it (at least for starters). English is becoming a second language in Mexico and is taught in schools. In the bigger cities, you'll find English is widely spoken.

Unlimited living options. Much like the United States, Mexico has diverse living options. You can take your pick of Spanish-colonial cities, Caribbean beach towns, tranquil island living, or mountain escapes.

Familiarity. You may never care to see Walmart or Starbucks again ... but if you do need or wish to shop in familiar stores and modern shopping malls, you can find everything you need in the big cities.

Lower cost of living. Right now, the dollar-peso exchange rate is highly in your favor. Your buying power is almost double what it was a decade ago. In Guadalajara, the second largest city, you could rent a nice place for US$500 a month or buy a house for US$75,000 or less. Right in the heart of Mexico, the colonial city of San Miguel de Allende is a little more expensive -- average rent is US$650 a month--but living is still very affordable. And, San Miguel has a distinctly international feel, with world cuisine and an established art and theater scene.

Mexico offers one of the best -- and most affordable -- health care systems in Latin America... as proven by the increasing number of Americans that travel over the border for affordable surgery in places like Puerto Vallarta and Guadalajara.

Good public transport. Outside of Mexico City where public transport is crowded, towns are well-serviced by bus. There is also a great city link--with air-conditioned coaches, comfortable seats, and movies -- providing an affordable alternative to flying between Mexican cities. 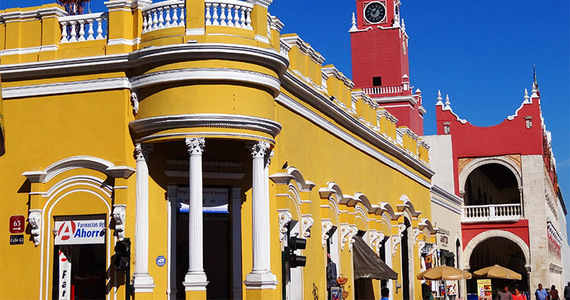 Residency is straightforward. For a temporary or permanent residency visa, you must apply to the Mexican consulate before you travel to Mexico. There is no minimum income requirement -- it's subjective, depending on your age, where you'll be living, etc. We know plenty of expats who live here on Social Security alone.

Top tourist destination. Mexico welcomed 25.8 million visitors in 2015. Cancún, its main tourist mecca, has developed into a world-famous beach resort ... which means, if you invest in a rental property along the Riviera Maya (the stretch of Caribbean coast that runs from Cancún down to the border with Belize), you're buying into an area that has an average occupancy rate of 80%.

Mexico has almost every lifestyle on offer. It all comes down to your own preferences. You can, if you wish, enjoy all the comforts and familiar brands of home ... go for a more traditional way of life ... or enjoy the best of both worlds. But you won't really know what and where makes sense for you until you come and find out in person.

With now being the best time in two decades to live and invest in Mexico, thanks to the favorable exchange rate, I'd encourage you to do this sooner rather than later.

(Written in collaboration with Valentine Fouché, Conference Director at Live and Invest Overseas)

Life In Playa Del Carmen, Mexico, Is As Good As It Gets

1 / 10
Bridgeport, Connecticut
In the Bridgeport metro area, which includes Stamford and Norwalk, people age 60 and older pay a median of $854 per month in rent. This monthly cost more than doubles to $2,440 for retiree homeowners who have a mortgage. And even those who have paid off their mortgages still spend a median of $984 per month in other housing costs, the Census Bureau found. Long-term care costs will also be out of reach for many retirees, with nursing homes costing a median of $427 per day and assisted living facilities charging a median of $5,953 monthly, according to a 2012 Genworth Financial survey. Connecticut is one of only 14 states that taxes Social Security income, with exemptions based on adjusted gross income. And pension income is also generally taxable at the state level. <strong>[Read: <a href="http://money.usnews.com/money/retirement/slideshows/best-places-to-retire-for-under-40000" target="_hplink">Best Places to Retire for Under $40,000</a>.]</strong>
Alamy