As a retired NASA astronaut who spent nearly five months aboard a Russian space station, David Wolf is one of the few people on the planet who know what it's like to leave it.

The first thing people often wonder about when they think of visiting space is existing in zero gravity. As Zepps pointed out, zero gravity actually means an astronaut is in free fall around the side of Earth.

"In a sense, zero gravity is as though you stepped off a building and just fell forever, but your mind quickly adapts to that and you do not feel like you're continuously falling," Wolf said. "You can put your mind in a frame of reference where you do feel like you're falling, and it's kind of a psychological trick, and it can be kind of alarming and you want you pull yourself out of it."

"You feel very natural in the absence of gravity. You can fly," Wolf said.

Wolf's body felt better as he spent more and more time in space and his body adjusted to the circumstances, he said, but he also experienced an "isolation element" and craved contact with Earth.

"For example, movies. I felt like I was in them. They were like a contact with Earth rather than just crackling voices over a radio," he said.

Wolf recounted one of his space walks, a "night pass," that allowed him to push himself away from the spacecraft, orient himself toward the endless darkness and "be essentially one with the universe, absorbing it without the vehicle in sight."

"There are amazing views and feelings in space that are so extreme that they're hard to even communicate, which is part of the frustration of a space veteran," he said.

Catch the full discussion on what happens to the human body in space at HuffPost Live HERE.

Retired Astronaut David Wolf: Being In Space 'So Extreme' That It's Nearly Indescribable (VIDEO)
Spacewalk Photos 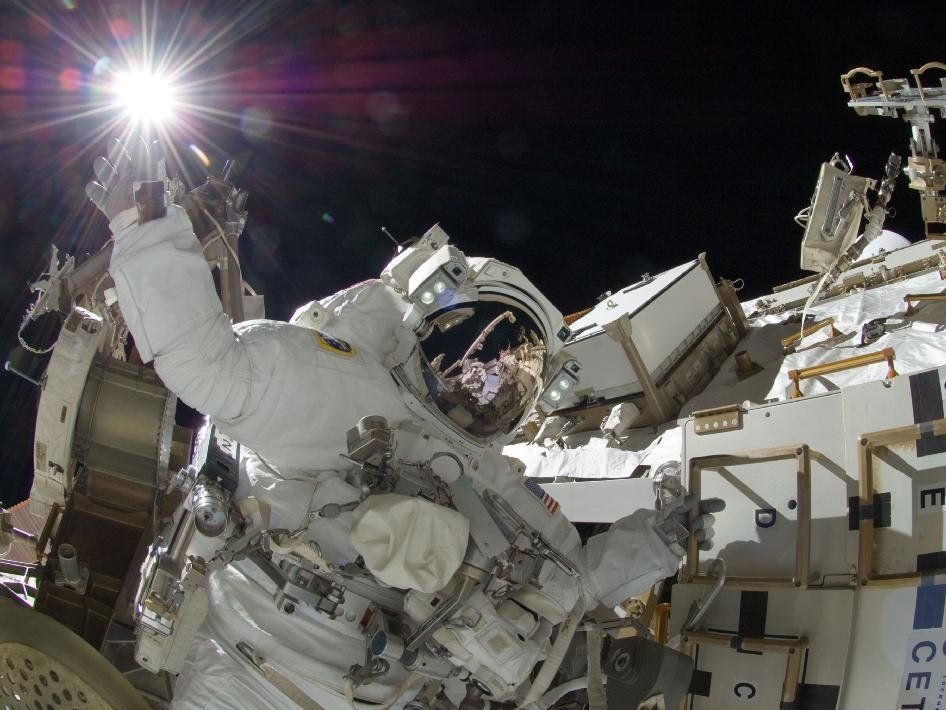