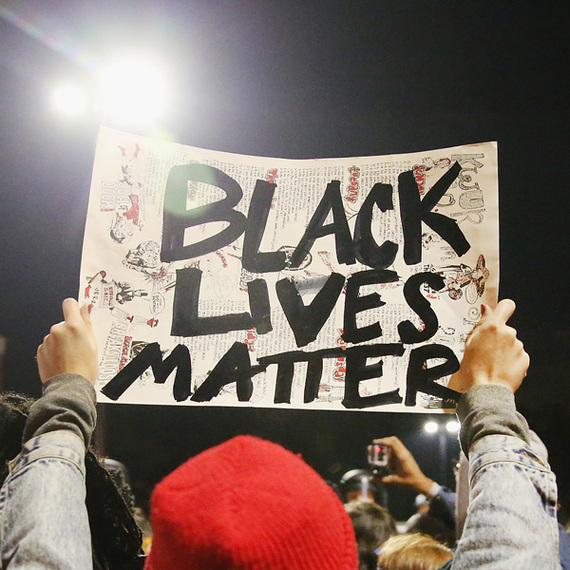 A multi-cultural group of retired and former law enforcement officers will meet with Rep John Lewis in Washington, DC, next week, to further the discussion started by FBI Director James Comey in his speech on race relations between the police and the black community. This historic and unprecedented event will include retirees from police departments across the nation: St. Louis, Los Angeles, New York, Philadelphia, Washington DC Metro, Albuquerque, East Orange, New Jersey, Brockton, MA and the US Marshal Service as well as family members of Oscar Grant.

The National Coalition of Law Enforcement Officers for Justice, Reform and Accountability (NCLEO) will stand shoulder-to-shoulder with those "disfavored groups" Director Comey referenced - and not a moment too soon.

While in Washington, the NCLEO will also meet with community members to begin this partnership as they embark on an opportunity to re-invent policing service and its relationship to diverse communities; an effort that has been unsuccessful for decades. Concerns expressed regarding racial profiling, disparate treatment in the community, and a lack of transparency in police investigations of alleged officer misconduct have been further exacerbated by minimal disciplinary action on some police departments. In view of the ethical, social and economic cost of this broken system, it is no longer just a matter of "weathering the storm" as an acceptable position.

There appears to be an ongoing and concerted effort by a few police agencies and district attorney offices to minimize and mitigate bad behavior on the part of police officers on a national level. It is understood, but not accepted, that court cases generated as a result of police misconduct are often swept under the rug to avoid costly lawsuits. Thebelief is that police chiefs and commissioners routinely 'circle the wagons' to avoid agency embarrassment and exorbitant litigation.

Example. Seattle Police Officer Cynthia Whitlach was counselled and then returned to field patrol by Seattle Police Chief Kathleen O'Toole, despite the fact that Whitlach was shown via her police car dash cam to have falsified her police report in the arrest of a 79-yr old black man, William Wingate. Whitlach has since been placed on desk duty after an alleged racist rant on her personal face book profile.

More recently, an off-duty New York Police Officer, Mirjan Lolja, was charged by the New York District Attorney with a misdemeanor crime rather than the requisite felony when he assaulted a female, Bronx subway conductor. WE NEED INTERVENTION. Prosecuting attorneys who work side-by-side with police departments seem unwilling to make the tough decisions. Time for an independent prosecutor to handle police officers accused of criminal activity.

NYPD Officer Mirjan Lolja "jumped on the back of a black female transit worker because he was allegedly "irate about having to wait 20 minutes for a train." The NCLEO stands in solidarity with the Transport Workers Union Local 100 in agreeing that Lolja's actions were "despicable." Joe Citizen would have faced a felony charge for an attack on a MTA employee in New York State; so why the disparity?

There is an abundance of evidence that police officers are given great deference in the discharge of their duties; most don't want to second guess a police officer who uses physical violence which results in serious injury or death. As in the cases of Mike Brown in Ferguson, Eric Garner in Staten Island, Tamir Rice in Cleveland and John Crawford in Beavercreek. Sadly, I could go on and on.

So then, the question that begs to be asked is, "might there be a pattern of excessive force by this officer? Is anger management an issue having been dismissed? Would periodic psychological evaluation help identify those police officers ready to 'pop like a cork'?

No desk duty when an officer is caught red-handed violating policy. No more counseling when termination should occur. No more resignation to hide bad behavior; thus allowing employment on another department.

Time to deter bad behavior with definitive consequences. Time to hold everyone accountable up and down the chain of command. I applaud Madison Alabama Police Chief Larry Muncey for having the intestinal fortitude to fire an officer who slammed a 57-yr old grandfather to the ground because he "looked suspicious".

A police officer, in my opinion, is only able to commit egregious acts in the field because of a lack of managerial oversight. Where are the patrol sergeants? Where is the station's watch commander? Who approved that booking of an arrestee when there was insufficient probable cause for the initial detention- not to mention the subsequent arrest? Which supervisor signed that "use of force" report without interviewing the arrestee to verify the officer's assertions? Every person along the way who had a hand in commission of an act or omission of supervision should be held personally accountability; officers, sergeants and lieutenants.

Accountability will put an end to bad behavior - yesterday. This will be the focus of discussion next Wednesday with Rep. John Lewis. Singularly, it's easy to ignore the cry for justice. When the nation sees police officers; black, brown and white standing in support of those "disfavored groups", victims' family members and community organizers; it will be clear that their collective voices will not be silenced.