While some think retirement will be a dream come true, many baby boomers who are almost there don't feel the same way.

According to a recent AARP survey, approximately 72 percent of not-retired baby boomers expect to be forced to delay retirement due to a financial roadblock -- and half have little confidence they will ever be able to retire. Retirement worries are also echoed among the upper class. Only 46 percent of not-yet-retired boomers with investable assets of $100,000 or more feel confident they'll be able to afford basic living expenses in retirement, according to a recent survey by Ameriprise Financial, a wealth-advisory firm.

"It can be difficult for individuals to envision a future that is undefined," says Suzanna M. de Baca, Ameriprise's vice president of wealth strategies. De Baca describes the average pre-retiree as a "deer in the headlights" when they try to picture their financial stability in the years ahead. However, de Baca says worries about funding retirement make up only a fraction of the anxiety most people nearing retirement experience.

Whether they're worried about losing their yacht or paying next month's rent, retirement can prove challenging for any demographic. "A lot of people see the future as full of problems as opposed to possibilities," says Nancy K. Schlossberg, author of "Revitalizing Retirement: Reshaping Your Identity, Relationships, and Purpose." Schlossberg says a pre-retiree's trepidation typically derives from elements they think are outside their control: What will I do with my time? Who am I now that I'm no longer a lawyer (or an accountant or a teacher)? Am I going to fade into oblivion?

Despite how powerless some feel, not-yet-retired boomers can control where retirement will take them. "They're at the steering wheel," says Robert P. Delamontagne, author of "The Retiring Mind: How to Make the Psychological Transition to Retirement." "That's not to say people have full control over their emotions. They need to realize no one has that kind of control. But people shouldn't doubt their ability to adapt."

These strategies can serve as antidotes to a pre-retiree's anxiety:

Define the new you. Barring the self-employed and those who disliked their job, a number of workers feel like once they depart the office, they're leaving a life behind that took decades to build. "It's natural to grieve over the loss of their job, even if they're giving it up to retire," says Norman Abeles, a professor emeritus of psychology at Michigan State University who has studied happiness in retirement. Abeles encourages retirees to focus on the next step in their life rather than dwell on their heartache. "Certain people think the dollar amount on their paycheck is a reflection of their self-worth, and once that's gone it's hard for them to gauge their [happiness]," he says.

Yet losing that financial measuring tape doesn't mean all of life's pleasures are gone, says Joe Duran, author of "The Money Code," a book that discusses the ways in which people's emotions play a role in their financial decision-making. Duran says pre-retirees should figure out what they enjoy about their job and plan new ways to replicate those satisfactions in retirement. If someone is a retiring CEO, for example, Duran suggests finding a mentoring role, such as becoming an advisor to a small business or stepping into a leadership position at the local community center. "People are worried they won't know what to say when someone asks them, 'What do you do?' But if they find new roles with which they can identify themselves, that question is a lot less daunting," Duran says.

Unfortunately, for many retirees, leaving the workplace means losing friends. Over time, former colleagues may distance themselves since they don't think they have as much in common anymore, says Ernie J. Zelinski, author of "How to Retire Happy, Wild, and Free: Retirement Wisdom That You Won't Get from Your Financial Advisor." For instance, Zelinski says the current employees may want to joke about the new hire but the retiree can't relate.

Therefore, Zelinski encourages retirees to focus on the roles they assume outside the workplace: "Having brought up a family is a huge accomplishment that oftentimes gets overlooked," he says. "A person should feel good about being a father or a mother or a grandparent."

Stimulate your mind and body. It's a question on almost every pre-retiree's mind: What will I do when I wake up in the morning? Duran says most retirees don't enjoy seeing a blank to-do list. "They don't like the idea of an endless vacation," he says. Lack of structure for a retiree can have a number of negative effects, such as a declining social life, poor productivity, or sheer boredom.

Louis H. Primavera and Rob Pascale, co-authors of "The Retirement Maze: What You Should Know Before and After You Retire," recommend retirees maintain a calendar whether or not they consider themselves planners. "Even just a to-do list of dinner dates helps," Pascale says.

Physical stimulation also plays an important role in a senior's health. With Americans living longer, there is an increasing number of health complications affecting retirees. In fact, among the 50- to 70-year-olds polled in Ameriprise's survey, 53 percent said their greatest fear in retirement is losing their quality of life -- far outweighing the 35 percent who said they're most worried about their financial situation. As such, assembling a routine to stay active in retirement is crucial.

To engage the mind outside of work, Abeles says retirees can challenge themselves with crossword puzzles or learning and quizzing themselves on facts about foreign countries -- both of which require memory. Abeles adds these small tasks may seem insignificant because they take up little time but says they are a critical component to staying sharp. "As you get older, you get wiser and your accumulation of knowledge improves," he says. "You should nurture that and make sure you can use that any way you can."

Even though intellectual and physical stimulation together are ideal, Abeles acknowledges going on an intellectual bent isn't for everyone. "If you have never done much reading or writing [for pleasure], it may be that physical activities are a good substitute," he says, highlighting competitive sports as one of the best ways to engage the body. Entering retirement with good health is a prerequisite to being able to use this strategy, but lacking physical strength doesn't necessarily rule out moderate exercise (e.g., walking), which has been shown to improve longevity.

Make marital adjustments (carefully). While it presents an opportunity to strengthen the relationship, retirement is lined with obstacles that can deter a couple's ability to move ahead with their lives together. With most partners stopping work at different times, the late retiree may grow to resent his or her spouse. According to Ben Barzideh, a wealth advisor at Piershale Financial Group in Crystal Lake, Ill., these feelings are often vocalized: "The wife may say to her husband, 'I'm working hard all day while you're going golfing and lounging by the pool--the least you can do is wash the dishes.'" Barzideh says establishing open communication early on can help prevent such arguments.

Miriam Goodman, author of "Too Much Togetherness: Surviving Retirement as a Couple," says couples who coast into retirement without discussing their expectations are headed for a big bump. "You live with someone for, say, 40, 50 years, you raised children together, and there's an assumption that you know what each other will want to do, but that's just not true," she says. Goodman says signs of trouble can crop up within the first few days: "He retires on a Friday and on Monday morning she gets up, gets dressed, and wants to head off to play tennis, and he goes, 'Wait, what about me? I'm retired now, too.'"

Moreover, if a couple doesn't enjoy the same pastimes, Duran suggests each person branch out to find new friends. For example, if a woman enjoys sailing on Sundays but her husband would rather go golfing, she can consider joining a boating team--that way, the two can engage in their hobbies without feeling deserted by their spouse.

Nonetheless, to make the marriage work, a couple still needs to set aside time to spend together, since too much distance in a relationship can spell disaster, says Goodman. Consequently, she recommends couples simply use a calendar to plot out how they each plan to spend their time. Goodman says, "He may say, 'I'm volunteering on Monday, and you're playing bridge on Tuesday, so on Wednesday how about we go have dinner and see a movie?'"

Set achievable goals. Thanks in part to Jack Nicholson and Morgan Freeman, a bucket list is a popular idea among new retirees. Although a retirement to-do list can help people organize their lives around their goals, de Baca of Ameriprise says people who set unrealistic goals wind up disappointed in themselves. "If achieving your bucket list is contingent on having a lot of money, that can make you more stressed," she says.

For those with vacations in mind, a financial planner can help determine what they can afford. As a result, in some cases, the bucket needs to be adjusted. Additionally, Abeles says a person's overarching agenda shouldn't dictate their retirement. "Too large a bucket will keep you too busy ruminating about whether the bucket is full," he says. "Don't use bucket lists as your primary reason for living in retirement."

While many want to use their retirement to travel to places they've never been, goals that provide emotional fulfillment are often easier to accomplish; many times, they also provide greater rewards. For example, many retirees cherish getting to spend more time with their grandchildren.

Take control. Although the scope of retirement worries range, experts say financial concerns are typically the only ones baby boomers feel comfortable expressing. Delamontagne says, "If you have any emotional reservations about retiring, the first thing people say is, 'What's wrong with you?'" However, he says those fears don't have to hinder how a retiree spends the rest of their life.

By implementing these strategies, people nearing their Golden Years can pave a clearer, stress-free path toward a happy retirement.

50 Ways to Improve Your Finances in 2013
Boomer Retirement Advice to Kids: Don’t Do What I Did
What Happens When Money Secrets and Marriage Collide? 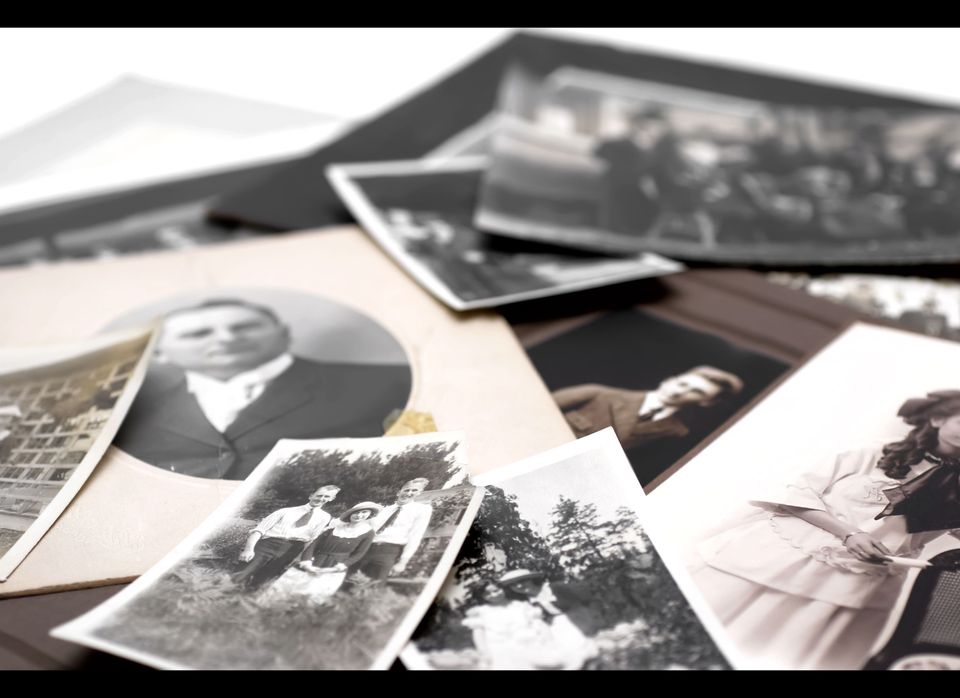