When it comes to retirement planning, most of us behave like teenagers. You know that sense of immortality that teens have? Yeah, well, that's us with retirement. Fully blinded by our carpe diem glasses, we are too busy living in the moment to think about what happens when we no longer have a weekly paycheck funding our momentum. And now, with 10,000 boomers turning 65 every day, we are behaving like the 17-year-old who just totaled Dad's car and has to call his parents: We are afraid -- very afraid.

1. You still don't save.
A Bankrate.com survey found that less than one in five respondents -- 18 percent -- saves so much as a nickel from their paychecks. That's right. You save nothing, nada, zilch. Another 28 percent save 5 percent or less of what they earn.

Workers should save between 9 percent and 12 percent of their salaries, according to the Vanguard Group's 2012 "How America Saves" report. In reality, they mean younger workers. If you are 25, go ahead and bank 10 percent of your paycheck and be on your merry way. But if you waited until you are 40 to start saving, up that to 23 percent. And if you are 50 and have nothing to show for it, well, to live a comfortable retirement would require setting aside almost half your paycheck -- 48 percent -- and that just isn't going to happen.

2. You still don't fully fund your 401k.
If your company provides a match and you still aren't contributing to the 401k plan, you are essentially walking away from free money. For those over 50, there is even a "catch-up" provision to allow you to contribute more in your waning working years.

According to the 2014 "How America Saves" report, 33 percent of employees don’t participate in a 401k program even though 95 percent of them would receive a match. And it's not just low-paid employees who live paycheck to paycheck. Of those who earn $100,000 or more a year, 12 percent still don’t participate.

3. You still "see" retirement through the prism of previous generations.
Your retirement will bear no resemblance to that of your parents'. There will be no condos in Boca Raton in which to escape the grip of Nor'Easters; no way you will pay for the grandkids' college educations; no hobby businesses you can afford to start up for your amusement.

Common wisdom has held that you will need 70 percent to 80 percent of your pre-retirement income to maintain your lifestyle. And that might be true if all you did was sit on the couch and pay the Netflix bill. But, as noted to The Huffington Post by Stephen F. Lovell, president of Lovell Wealth Legacy and host of a radio show on financial success, "In general, people preparing for retirement underestimate how long they will live which means they underestimate how much money they will need."

4. You still don't think you will get sick or incapacitated.
This is a tough one. Long-term care insurance is cost-prohibitive by the time you think seriously about buying it. Maybe that's why only 10 percent of all seniors have it -- even though the prediction is that 70 percent of those who are age 65+ now will need it at some point. The National Bureau of Economic Research says a 65-year-old woman has a 44 percent chance of entering a nursing home during her lifetime and, upon entering, faces an average stay of two years. Long-term care is extremely expensive -- the average rate for a semi-private room in a nursing home was over $91,000 per year in 2012, according to a MetLife study.

Medicare does not pay for long-term nursing home care unless you have "spent down" your assets, with a few exceptions. So that money you were hoping to leave the grandkids? It just went towards taking care of your nursing home bills.

If you can't afford long-term care insurance at this late stage of the game, talk to an estate planning lawyer about how best to protect your assets.

5. You still play the stock market like a roulette table.
Understand the difference between making investments and gambling with your future. Greed kicks into high gear when you see an investment that looks like a sure bet, something that will deliver above average returns. If you really understand how investing works, you know that above average returns are not consistent over an extended period of time. Remember the old rule "If it sounds too good to be true, it is."

"Don't keep retirement assets in accounts with too much market risk as you get close to retirement," says Dave Lopez, founder of ILG Financial, and an advisor to individuals and businesses in the Northern Virginia area since 1986.

"Contrary to popular belief, the five years leading up to retirement and the first five years of retirement are the most risky with respect to incurring losses that have the largest negative impact on your retirement," he said.

Bottom line: Ignorance is not bliss when it comes to blowing your retirement money. Admit what you don't know and get some solid investment advice from a professional.

Have anything to add? Let us know in comments. 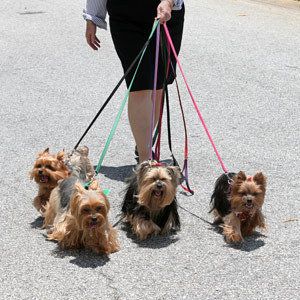