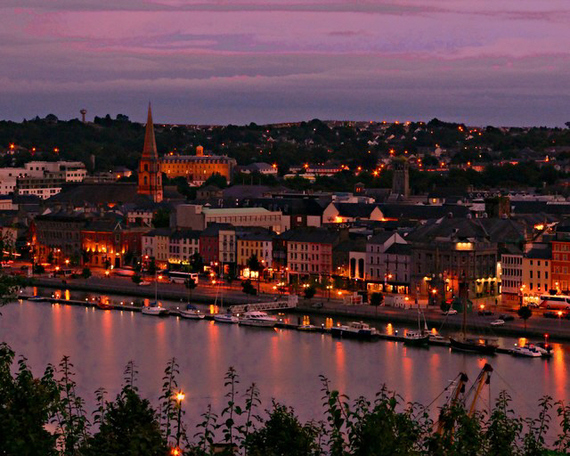 Waterford City on Ireland's southeast coast has always been lovely at night. My first view of it, some 18 years ago, was at night, from the bridge across the River Suir that leads into town. The lights of the waterfront Georgian townhouses that line the quay twinkled in the harbor, and I could see Reginald's Tower in the distance, in the moonlight, standing guard over the city as it has since the 11th century.

At night, viewed from the bridge into town, Waterford can appear magical.

Alas, when my family and I lived in Waterford, the city by day could most kindly have been described as down-at-the-heels. Waterford has always been a working-man's town, but, when we discovered it, opportunities for working were few. More than sleepy, Waterford, when we called it home, was lifeless. 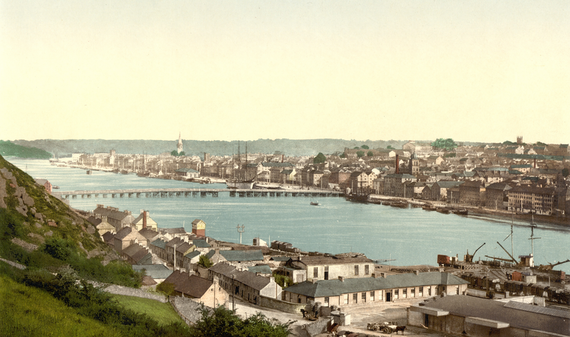 My husband and I hardly noticed. We were just married, starting a family, and building a business. You could say we were accidentally in Waterford and paid the city itself little mind.

Back in Waterford this week for my first visit in years, I'm taking a fresh look. I'm impressed and, to tell you the truth, surprised by how much my former hometown has improved itself.

At dinner Friday evening, a friend in Waterford, a native of the city, insisted that Waterford's time is coming back around.

"Waterford has so much to offer," she assured her dinner guests. "This is a special city. The trouble is that no one realizes everything that's here."

I admit I was skeptical. 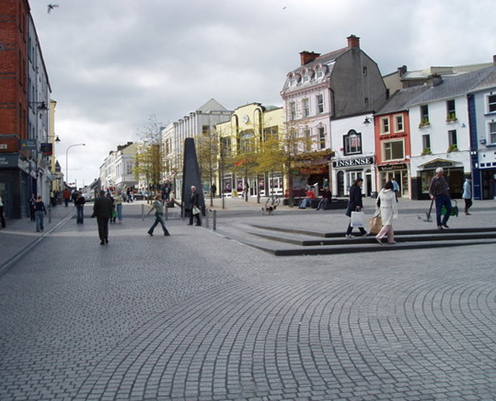 The next morning, my husband and I set out early to tour the city center. This is still a small, blue-collar town, but today Waterford has a spark. You glimpse imagination and ingenuity at work in new shops and restaurants with hip and fun products and menus, and you sense an entrepreneurial spirit that was nonexistent when we were living here. In our first year as Waterford residents and businesspeople, I attended a dinner for local entrepreneurs. We were a small group, and my fellows all struck me as distressed and beleaguered.

I didn't realize it at the time, but this impression belied Waterford's long and enterprising history. At one time, Waterford was one of the most important cities not only in Ireland but in Europe. The oldest city in Ireland, founded by Vikings in the ninth century, Waterford developed to become a thriving port town with an especially prosperous wine trade. The city enjoyed a golden age that extended through the 16th century, when Queen Elizabeth I counted on taxes from Waterford to subsidize the faltering economy in London.

In addition to French wine, Waterfordians of old made good businesses from textiles, glass (I guess they had to learn to make glasses for all the wine they were consuming), and, later, bacon. The town's golden era came and went early on, but Waterford, it seems, was a lively and comfortable place to call home through the 20th century. 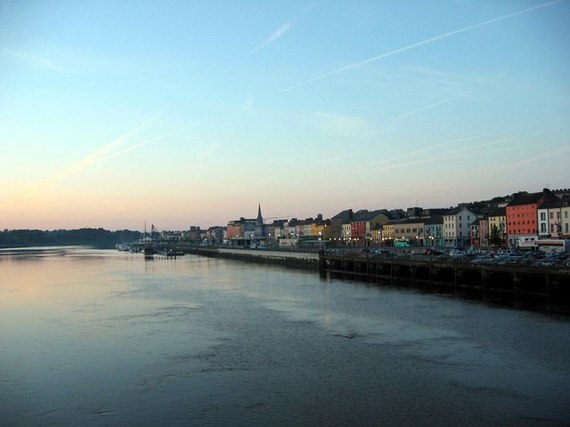 Then dockworkers went on strike ("decimating the city," as one Waterfordian friend put it), the bacon demand disappeared (Waterford supplied much of the bacon and dried meat to feed armed forces during both world wars but was unable to find new markets thereafter), and, finally, in the 1980s, in a symbolically important blow, Waterford Crystal began to fail. More than one in three employees of the iconic glass factory was made redundant in 1987, and the shop closed for good in 2009.

By the time we arrived on the scene, Waterford's days of wine and roses were well behind it. The Waterford that greeted us was gray and gloomy with few prospects and fewer distractions of interest. It was one of three spots around the country that the Irish Development Agency (IDA) was particularly keen to reinvigorate at the time. That's how we ended up in Waterford in the first place. We were among the few foreign investors the IDA managed to persuade to set up shop here. 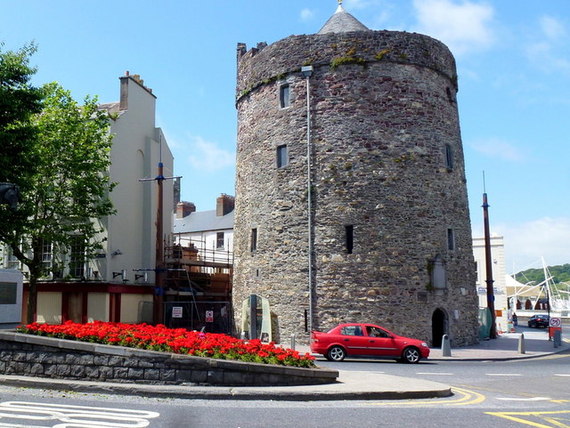 Since we left 11 years ago, Waterford has benefitted from some ambitious and forward-thinking city planning. At the heart of the city, still, is Reginald's Tower. Today, though, it stands as the apex of the "Viking Triangle," as this area has been packaged. Reginald's Tower is a museum, and next-door is The Reg, a pub with the city's only rooftop terrace bar.

Just beyond is the new Medieval Museum, which could be the best small-town museum I've seen anywhere in the world. Opened in 2012, this award-winning museum incorporates some of the city's original walls within its structures and houses the only surviving piece of Henry VIII's wardrobe (Cromwell burned the rest), a trend-setting hat.

Next along The Mall is the Bishop's Palace, with a museum on the top floor that showcases Waterford's more recent history. Nearby is the Theatre Royal, and across the street is the new House of Waterford Crystal. This is not the factory of old but a showroom. Other spin-offs from former Waterford Crystal craftsmen can be found around town, including the Kite Design Studio, where some of the factory's master glass-blowers produce and sell original works. 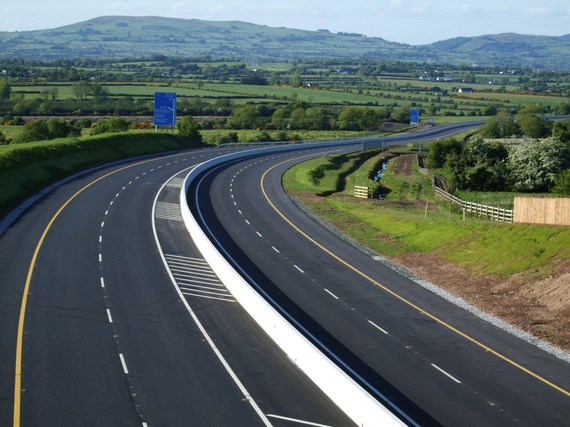 Meantime, Waterford is much more accessible than when I lived here, thanks to the new Dublin motorway, cutting the transit time to and from the capital almost in half.

My husband and I met again yesterday with our friend who insists Waterford's revival is in the making, and, this time, when she returned to her arguments, I listened more attentively.

Waterford is an increasingly interesting place to spend time. It is also at the bottom of its down cycle. Property values here fell by 50 percent and more post-2008 and have continued down through this year. While prices elsewhere in the country, including, notably, in Dublin, have been on the rise for the past year or longer, Waterford has lagged. But, again, I'd say this market has reached bottom. If you have any interest in a home of your own in Waterford, this would be the time to buy.

Everywhere my husband and I have traveled across Waterford this past week we've been greeted like family returning home. The Irish are as welcoming and hospitable as you've heard. This is one of the many reasons this country truly would be an ideal place to retire. Specifically, I recommend County Waterford's dramatically beautiful Copper Coast, which Live and Invest Overseas has named as one of the world's top retirement havens for 2015.

How This Couple Retired To Ireland

The Cost Of Living In County Kerry, Ireland, Is A Bargain 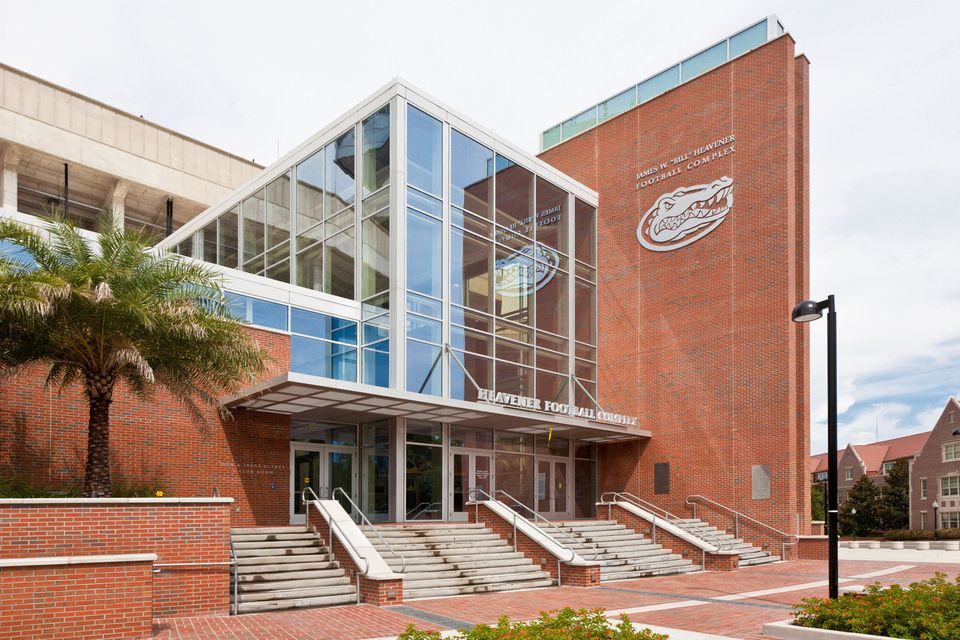