Time flies when you're having fun. And that's exactly what we've had over the last 15 years: a lot of fun.

It was in the fall of 2001 that we first became expats, leaving our comfortable, predictable lives in Omaha, Nebraska, for the unknown of life in Quito, Ecuador. Since then, we've lived in seven different communities in four countries--and we've traveled to many more in search of the perfect communities for North Americans and others who want to retire overseas. We're likely not done yet with our expat journey.

Today, expat life is easier than ever, especially when it comes to:

Communication: When we first moved abroad, expensive long distance phone calls were really the only way to talk with friends and family back home...so that didn't happen very often. Instant Messaging was a brand-new phenomenon...if you had a decent enough internet connection (also pretty new at that time). You'd sent someone a message and wait for what seemed an eternity before you got a message back. It seemed like magic then.

Now good internet connections are found nearly everywhere around the world, and a host of applications and solutions offer instant communication. We do video calls with our granddaughter almost daily, chat on Facebook pages and forums, make phone calls to anywhere via Skype, work via email, do our business and banking via web browser and apps, watch TV and movies with Roku and Netflix and free U.S. TV online services. We use cheap local cell phones for local calls, and our U.S. phone plan includes voice and data services in selected countries abroad.

We are, for good or ill, always connected somehow no matter where we go. 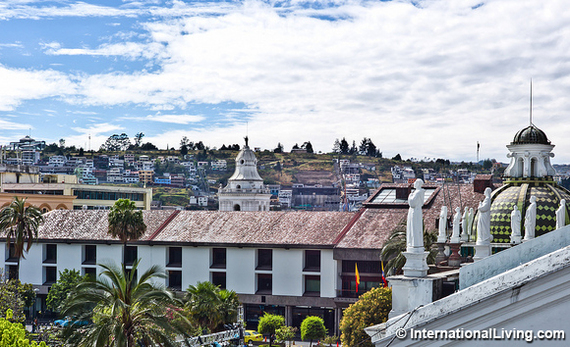 Air Travel: Technology has improved when it comes to air travel as well, even if this remains the most painful part of expat life. Airports and airplanes are the bane of our existence. If there's any consolation, it's that even though airlines nickel and dime you for everything these days, prices have come down. (In the early 2000s we typically paid $800 to $1,000 for a round-trip ticket back to the States from Ecuador. Today we can typically find fares for $475 to $600.)

Lower fares are the result of the influx of budget carriers. Jet Blue, Spirit, and Southwest have all entered the international market, bringing lower pricing strategies with them. And most every country has a budget domestic airline or two, which keeps local fares low.

After more than 15 years abroad, we have some basic universal Spanish now, but we also have lots and lots of help. There is an app on our phones that can do instant translations. We have Google Translate or something like it open on our desktops most of the time. You can now learn nearly any language online for free with apps like Duolingo. You can even connect in real time with native speakers for learning and translation.

Healthcare: The difference between healthcare in the U.S. and the rest of the world is hard to explain if you've never experienced it. Long story short: Healthcare abroad is amazingly easy and affordable compared to the U.S. There is no other way to say it.

We've personally paid out-of-pocket for medical procedures that we could never have afforded in the U.S. We just had lunch with a friend who surprised us with the news that he'd had a pacemaker put in a few weeks ago in a hospital in Guadalajara, Mexico. It was an outpatient procedure and cost him a grand total of $5,000. The same operation in the U.S.? We didn't even want to think about it. 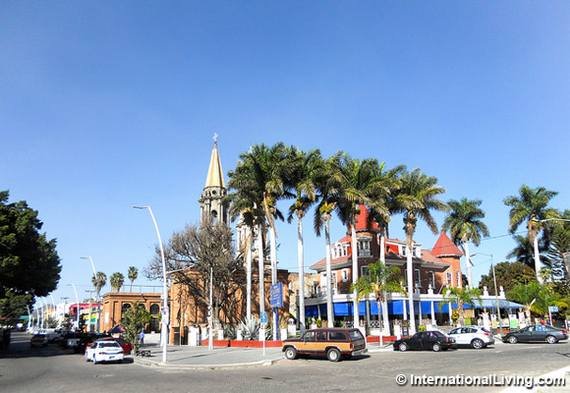 Most of the countries expats find appealing also have extremely affordable national health plans and private insurance plans. The drawback is that it's often difficult to join a plan if you're over age 65, but world-class facilities and personnel can be found in any major city abroad.

Access to the Comforts of Home: The days of expats sacrificing the "good life" to live in a foreign country are over. Global trade agreements mean you can find just about anything you want in any major population center on the planet...even though you may pay more for it in import duties and taxes. First-run movies (in English) are released around the world at the same time as in the U.S. Doctors attend global training and conferences and are up to speed on latest procedures and technology. Specialty stores carry U.S. brands that many expats find make their lives worth living. Books, magazines, newspapers, favorite TV shows...all current and instantly available online.

Access to Helpful Resources on the Topic of Retiring Overseas: We'd be remiss if we didn't mention this point... When we first started our expat adventure, it was difficult to find up-to-date information about retiring overseas. The internet was just taking off. There was no such thing as blogs. Definitely no social media. Books purchased at local bookstores could be woefully out of date.

Today, companies like International Living have hired on-the-ground correspondents like us who work diligently to get updated, reliable information in the hands of wannabe expats. And internet forums, blogs, and websites on the topic are ubiquitous.

It's mostly been change for the better. Yes, we've seen a lot of changes in expat life over the past 15 years, and for us, almost all of it has been positive change. More baby boomers than ever are looking overseas for the "good life" in retirement.

It's easier to research expat life, easier to get where you're going, easier to afford to stay there, easier to communicate with the folks back home, and easier and more affordable to stay healthy abroad. Thanks to advancing technology and global modernization, expat life itself is easier and better than ever.

Related Articles:
Why Staying In Touch From Overseas Is Easier Than Ever
Five Easy Places To Move Overseas
Top 9 Essential Spanish Phrases For Living In Latin America