We're old enough to remember the 1960s, when social and political upheaval rocked the U.S. and marches and demonstrations seemed to happen daily around the country. 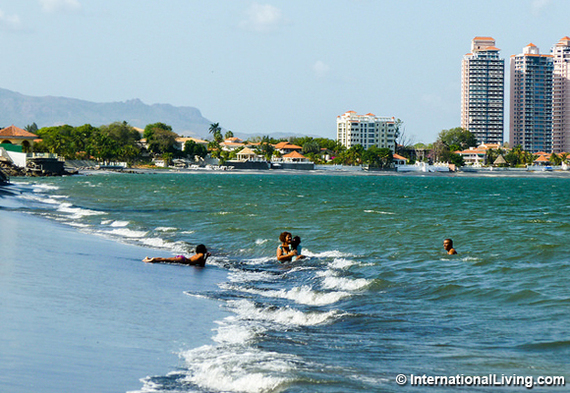 Coronado Beach, Panama
During those times, "Love It or Leave It" became a popular slogan for those whose attitude toward social change was, "If you don't like the way things are here, get the hell out."

Fast forward to the 21st century, when hundreds of thousands of people who grew up in the 60s are finally doing just that. An ever-increasing number of retirees and near-retirees from the U.S. are moving abroad for a variety of reasons ... one of the biggest reasons being to afford retirement in the first place.

For a growing number of U.S. seniors, the option of living a safe, happy, high-quality life in a country more affordable than the U.S. has literally rescued their retirements by stretching the buying power of their pensions, savings, and Social Security farther than possible back home.

But does that mean they took the old 60s slogan literally ... that they leave the U.S. because they don't love it?

We know from experience that you can love a place AND have very good reasons for leaving it. 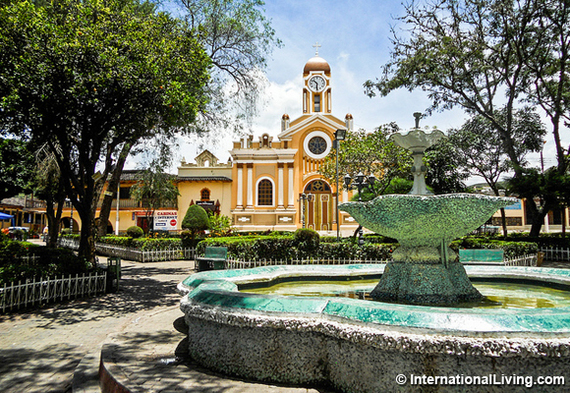 Church and Main Plaza in Vilcabamba, Ecuador
We and every other U.S. expat we've come to know in our 15 years of living and working abroad have a deep and abiding love for our home country. We're not refugees...we have family and friends back home that we visit often. Many of us still have financial connections and investments in the U.S. And many happily return to the U.S. eventually.

Look at it this way: We, personally, love our home state of Nebraska. It offers some of the most beautiful scenery in the country and really great weather ... 12 weeks out of the year. For six weeks in Spring and six weeks in Fall, Nebraska is literally one of the most lovely and comfortable places on earth.

The other 40 weeks a year, the weather can be dismal to the point of extreme ... which has a direct effect on the cost of living there, especially when it comes to utilities, transportation, and so on.

So how could anyone be accused of hating Nebraska if they moved to Florida or Arizona when they retire -- even part time?

Cost of living and climate issues--those are the biggest reasons millions of retirees relocate within the U.S. for better weather, lower taxes, and a more affordable cost of living, and no one can claim they do it because they don't love where they come from.

Why should moving abroad be any different? 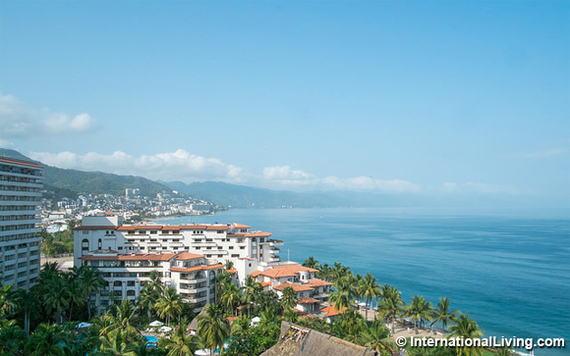 Puerto Vallarta Coastline, Mexico
It isn't. Imagine retiring in a condo in Galveston, Texas, or a cabin in Prescott, Arizona, or an oceanfront bungalow on Islamarada in the Florida Keys. Easy to wrap your mind around. People do it all the time...if they can afford it.

Now imagine a condo in Puerto Vallarta, Mexico, or a cabin in Vilcabamba, Ecuador, or an oceanfront bungalow in Coronado, Panama. Nowadays, that's easy to wrap your mind around as well. People do it all the time...and compared to prices in the U.S., retiring overseas can be far more affordable.

We know thousands of people doing this all over the world. Malaysia, Costa Rica, Uruguay, Spain...you'll find expat retirees who love the U.S. but are living better than they could ever afford back home--and having the adventures of their lifetimes. 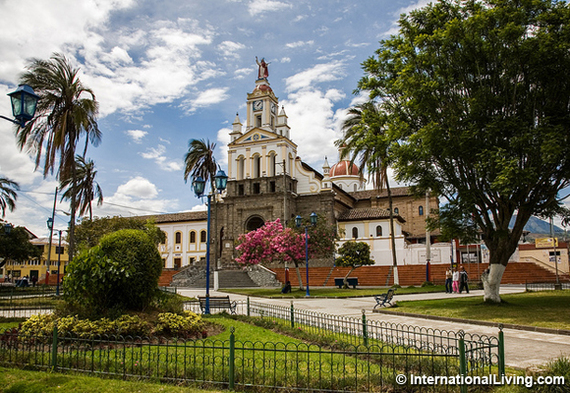 Main Plaza and Church in Cotacachi, Ecuador
We are doing this ourselves in the northern Andes of Ecuador. As we said, we're from Nebraska, and we love our home state, especially in Spring and Fall when the temps rise into the low 70s F during the day and fall into the high 40s F at night for weeks at a time. For us, that's perfect weather.

Where we live in Ecuador right now, that's exactly the type of perfect weather we enjoy 365 days a year.

We're not kidding. We're at an elevation of 8,000 feet, surrounded by the incredible Andes Mountains, and we're directly on the equator, so our weather and the length of our days varies so little during the course of a year that we hardly notice.

Imagine what no need for either heat or air-conditioning for your home can do for your living expenses. Now add in annual property taxes of less than $50 per year for your modern, comfortable condo. Now add in public transportation so inexpensive and plentiful that you don't need to own, maintain, fuel, or insure a car. Now add in local restaurants that serve delicious, complete meals at prices less than what it costs to cook at home.

It all adds up to a safe, high-quality, affordable retirement for the hundreds of U.S. expats who live in this little village. And there are hundreds of thousands...even millions...more expat retirees in popular expat destinations around the world. In Mexico, Belize, Nicaragua, Colombia, Italy, Portugal, Thailand... Anywhere you find fine weather, low cost of living, good healthcare, and exotic and interesting culture, you'll find U.S. retirees.

We get a graphic lesson in this every presidential election cycle in the U.S. We've lived and worked overseas long enough to see this trend among both conservative and liberal factions. Some people will move abroad because they disagree with the outcome of a presidential election. And we can guarantee you, it will happen again after the upcoming presidential election. No matter who wins the presidency, there will be plenty of folks who feel that the best way to deal with the incoming administration is to move away from it.

That's fine ... it's just as good a reason for moving abroad as low cost of living, affordable healthcare, and interesting culture.

The adventure, the weather, and the affordability are why we moved abroad 15 years ago, but we have to admit that being able to watch the political circus back home from a safe distance is another nice advantage.

We're still U.S. citizens, as is everyone from the U.S. who lives abroad. Moving to another country doesn't cancel your citizenship or end your obligation to vote or to file U.S. taxes unless you expressly renounce your citizenship, and we personally don't know anyone who has gone to that extreme.

So we vote in national elections, just like our overseas military and business compatriots do. We file our taxes, and we have heated discussions about national policy.

We all love our country. And we all left it ... temporarily or permanently ... to find something we wanted and feel we deserve after working all our lives. Big adventure, better weather, lower cost of living, affordable healthcare...even some relaxing distance from the stormy political seas back home.

We left the country we love to find those things at a price we could afford, and we found them. And we still love our country.

Love it and leave it. It's a real, practical option.

Related Articles
There's No Shame in Becoming an Expatriate
We Realized Our Dream of a Better Life in Cotacachi, Ecuador
10 Best Places in the World to Escape the 2016 Political Season