When my wife, Suzan, and I first became serious about moving abroad, one of the first things we did to prepare was take some basic Spanish lessons at the local community college. 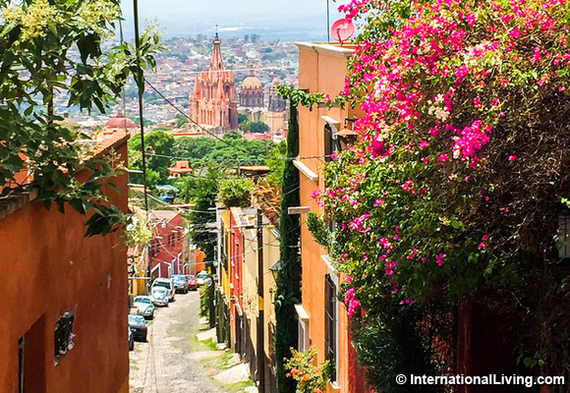 San Miguel de Allende, Mexico
We were living in Omaha, Nebraska, at the time, but our teacher was Panamanian, so we were learning from a native speaker. We acquired some basic nouns and verbs, and we memorized many of the most important Spanish phrases...the ones that would supposedly get us the food and drink and directions we'd need to get by.

As we began planning our first exploratory trips to Latin America, I thought we were as prepared as we could possibly be in the language department...until our plane landed at our first port of call in Mexico and we got our bags and cleared customs.

That's when several men in blue shirts ran up to us before we'd even gotten to the exit, and began grabbing at me while babbling in some unintelligible language.

I was stunned. I thought we were either being arrested or warned of an imminent natural disaster, but I couldn't tell which it was from what these men were shouting.

I froze. All my romantic notions of easing into a laid-back, tropical lifestyle instantly evaporated in visions of foreign jails or squalid refugee camps.

I turned to Suzan in panic, and she said, "I think they want to carry our suitcases." 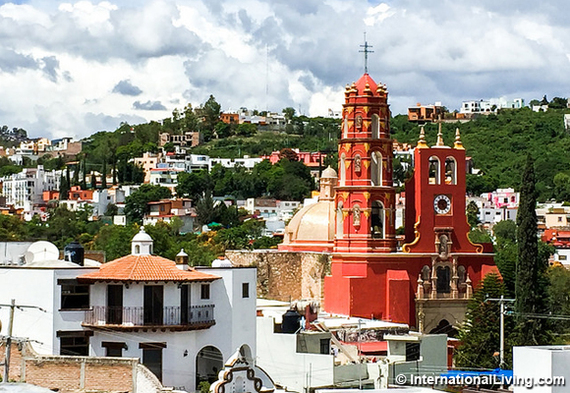 2. Latin American airports have porters who can be so energetic and proactive that they will sometimes try to take the bags right out of your hands.

3. Suzan probably has a better idea than I do of what's happening at any given time.

4. The day-to-day Spanish actually spoken by most normal folks in Latin America often bears little resemblance to anything you will ever hear in a classroom or on a recording.

Those lessons have served me well over our ensuing 15 years of expat life.

And if you get the impression from number four above that we wasted our time taking those Spanish lessons, let me assure you that we did not. 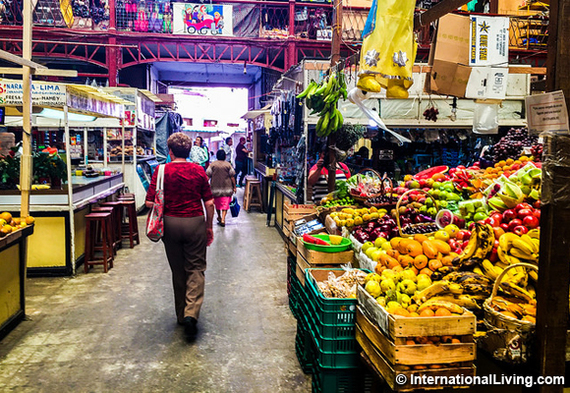 And none would have made what those porters were yelling any more understandable to me at the time. Those guys were yelling the rapid-fire, idiomatic Spanish of urban working men in central Mexico.

You don't learn that in Spanish class.

One thing you do learn, in my experience, is the whole idea of "Spanish-ness." I think this holds true no matter what language you're studying.

Learning another language is actually about seeing things from another cultural point of view. It's a point of view that lives in the way sentences are structured, the way verbs are used, the way nouns are classified, the way tenses are defined. 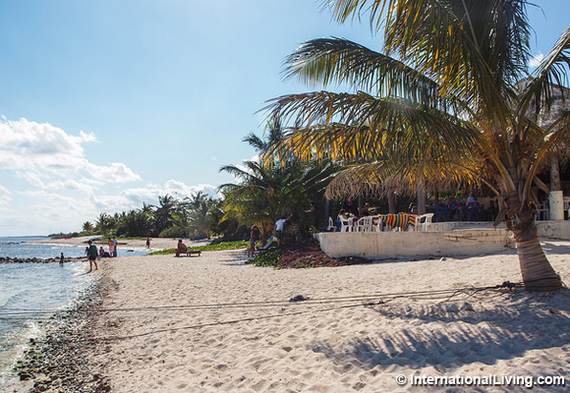 Palm Fringed Beach in Tulum, Mexico
An example in Spanish that I especially like is "me gusta." It's one of the first things you learn, because it means that you like something. Your local host asks you if you're enjoying the carne con chile, and you answer, "Me gusta!" Everyone is happy, and everyone understands everyone else.

But, literally translated, "me gusta" is "it likes me." You are not the one doing the liking. It's the carne con chile that is liking you.

This, to me, speaks volumes about the Latin cultural attitude toward agency and responsibility. That is, Spanish grammar often puts you on the receiving end of an action...even when you're the one doing it.

That's a little academic, as are all those grammar considerations. But, taken together, they give you a sense of how people who grow up speaking a particular language see the world.

I think it's because she's listening to the Spanish-ness.

I, on the other hand, speak my horrible Spanish without any embarrassment or self-consciousness, despite that fact that, after 15 years abroad, I speak Spanish on par with a typical Latin American three-year-old.

I do this without embarrassment because, without exception, every native Spanish speaker I've spoken to has been gracious and appreciative that I even try to speak Spanish in the first place.

No native speaker has ever made fun of my Spanish. Ever. Very occasionally, they've tried to politely correct some of my worst mistakes...the ones so bad that I really should be embarrassed by them. And for that I am eternally grateful. But never have they made fun of or mocked my attempts to use their language.

Why You Really Should Learn Some Spanish
5 Places To Live In Mexico...And 3 To Avoid
Easy-To-Learn, Point-And-Shoot Spanish