In the wake of the 1993 hit movie Free Willy, activists and fans campaigned to free the movie's star -- a captive killer whale named Keiko -- and launched a story Hollywood couldn't invent. 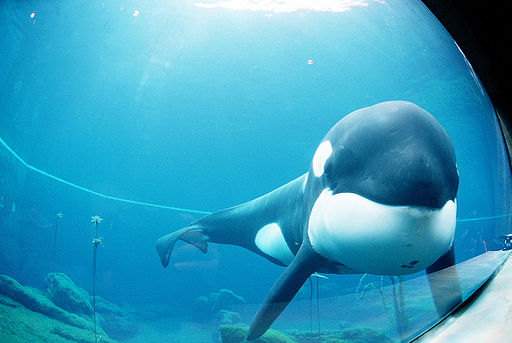 In the summer of 1993, Free Willy thrilled moviegoers with the tale of a 12-year-old boy who returns a captive, performing killer whale to the wild. But when activists and fans campaigned to free the real whale that played Willy on screen, the story got complicated.

The real Willy was named Keiko, and though Hollywood made him a surprise celebrity, fame didn't change his day job. Underweight and ailing, he continued to perform listless stunts for crowds at a Mexico City theme park.

But the movie focused attention on Keiko's plight and led activists to campaign for his release. School children kicked in pennies, while a cell phone tycoon donated millions. Their efforts got Keiko out of Mexico - and into rehab tank on the Oregon coast, where trainers tried to teach Keiko the ways of the wild.

Activists hoped to free Keiko -- like Willy in the movie -- into the ocean where he'd find his family, swim off happily into the sunset and set a precedent for freeing other captive whales. But unlike the Hollywood version, freeing Keiko would take a lot more than just a jump over the breakwater.

In 1998, Keiko was sent from his rehab tank in Oregon back to Iceland, where he had been captured as a calf 19 years earlier. There trainers tried to re-integrate him into a wild pod of killer whales. That didn't happen, but in the summer of 2002 Keiko swam nearly a thousand miles east to Norway, where he again made contact with humans, following a fishing boat to shore. For the next 15 months, Keiko roamed the fjords of Norway, free to come and go, though he mostly came back to his trainers for companionship and care.

As one TV news reporter put it, "He was addicted to us and after the way the movies made people feel, many of us were addicted to him."

Producer Joshua Fisher answered a few questions about the documentary.

"By all accounts, Keiko was an exceptionally charming animal. Everyone I spoke to who got close to Keiko told me they felt a personal connection to him. They all sort of fell under his spell, and I think that goes a long way in explaining how Keiko, who was not so different from any other captive killer whale, ended up inspiring a movement to free not just himself, but other captive whales as well."

Why did you want to make this documentary?

"I love a good animal story. The creatures themselves are fascinating enough, but you throw humans into the mix and things start to get really interesting. And often you end up learning more about human nature than animal nature."

What does this story tell us about human nature?

"Keiko was a star -- of Free Willy and of his own improbable journey. But he was a silent star upon which all sorts of human impulses and desires were reflected: Our impulse to control nature by capturing animals from the wild and putting them on display; our impulse to help animals in distress. Keiko also inspired a certain degree of celebrity worship, and while I think everyone involved was genuinely trying to help improve Keiko's situation, they also wanted to use his celebrity to further their own goals."

What can we learn from Keiko's story?

"I don't think the lesson from Keiko is that we should never try to free another captive killer whale, as some have argued. But his example can help guide decisions about which animals are good candidates for a release program, and also, how far we attempt to take these efforts. If a full release to the wild is not realistic, maybe there's a middle ground that gives the animal some freedom but retains a safety net of human care. Today, I think there's more of a consensus among those opposed to captivity in places like SeaWorld that those killer whales should be "retired" to sea pens of the sort Keiko had in Iceland."

Olivia Katrandjian is a reporter at Retro Report, which revisits major events in an attempt to provide context and understanding for news stories and current events today.