BERLIN -- During the long night of negotiations over Greece on July 12-13, something fundamental to the European Union cracked. Since then, Europeans have been living in a different kind of EU.

What changed that night was the Germany that Europeans have known since the end of World War II. On the surface, the negotiations were about averting a Greek exit from the eurozone (or "Grexit") and the dire consequences that would follow for Greece and the monetary union. At a deeper level, however, what was at stake was the role in Europe of its most populous and economically most powerful country.

Germany's resurgence after World War II, and its reestablishment of the world's trust (culminating in consent to German reunification four and a half decades later), was built on sturdy domestic and foreign policy pillars. At home, a stable democracy based on the rule of law quickly emerged. The economic success of Germany's welfare state proved a model for Europe. And Germans' willingness to face up to the Nazis' crimes, without reservation, sustained a deep-rooted skepticism toward all things military.

In terms of foreign policy, Germany rebuilt trust by embracing Western integration and Europeanization. The power at the center of Europe should never again become a threat to the continent or itself. Thus, the Western Allies' aim after 1945 -- unlike after World War I -- was not to isolate Germany and weaken it economically, but to protect it militarily and firmly embed it politically in the West. Indeed, Germany's reconciliation with its arch-enemy, France, remains the foundation of today's European Union, helping to incorporate Germany into the common European market, with a view to the eventual political unification of Europe.

But in today's Germany, such ideas are considered hopelessly "Euro-romantic"; their time has passed. Where Europe is concerned, from now on Germany will primarily pursue its national interests, just like everybody else.

"At its core, the criticism articulates an astute awareness of Germany's break with its entire post-WWII European policy."

But such thinking is based on a false premise. The path that Germany will pursue in the 21st century -- toward a "European Germany" or a "German Europe" -- has been the fundamental, historical question at the heart of German foreign policy for two centuries. And it was answered during that long night in Brussels, with German Europe prevailing over European Germany.

This was a fateful decision for both Germany and Europe. One wonders whether Chancellor Angela Merkel and Finance Minister Wolfgang Schäuble knew what they were doing.

To dismiss the fierce criticism of Germany and its leading players that erupted after the diktat on Greece, as many Germans do, is to don rose-tinted glasses. Certainly, there was nonsensical propaganda about a Fourth Reich and asinine references to the Führer. But, at its core, the criticism articulates an astute awareness of Germany's break with its entire post-WWII European policy.

For the first time, Germany didn't want more Europe; it wanted less. Germany's stance on the night of July 12-13 announced its desire to transform the eurozone from a European project into a kind of sphere of influence. Merkel was forced to choose between Schäuble and France (and Italy).

"Germany's stance on the night of July 12-13 announced its desire to transform the eurozone from a European project into a kind of sphere of influence."

The issue was fundamental: Her finance minister wanted to compel a eurozone member to leave "voluntarily" by exerting massive pressure. Greece could either exit (in full knowledge of the disastrous consequences for the country and Europe) or accept a program that effectively makes it a European protectorate, without any hope of economic improvement. Greece is now subject to a cure -- further austerity -- that has not worked in the past and that was prescribed solely to address Germany's domestic political needs.

But the massive conflict with France and Italy, the eurozone's second and third largest economies, is not over, because, for Schäuble, Grexit remains an option. By claiming that debt relief is "legally" possible only outside the eurozone, he wants to turn the issue into the lever for bringing about a "voluntary" Grexit.

Schäuble's position has thrown into sharp relief the fundamental question of the relationship between Europe's south and north, his approach threatens to stretch the eurozone to the breaking point. The belief that the euro can be used to bring about the economic "re-education" of Europe's south will prove a dangerous fallacy - and not just in Greece. As the French and Italians well know, such a view jeopardizes the entire European project, which has been built on diversity and solidarity.

"Greece is now subject to a cure -- further austerity -- that has not worked in the past and that was prescribed solely to address Germany's domestic political needs."

Germany has been the big winner of European unification, both economically and politically. Just compare Germany's history in the first and second halves of the 20th century. Bismarck's unification of Germany in the nineteenth century occurred at the high-water mark of European nationalism. In German thinking, power became inextricably associated with nationalism and militarism. As a result, unlike France, Great Britain or the United States, which legitimized their foreign policy in terms of a "civilizing mission," Germany understood its power in terms of raw military force.

The foundation of the second, unified German nation-state in 1989 was based on Germany's irrevocable Western orientation and Europeanization. And the Europeanization of Germany's politics filled -- and still fills -- the civilization gap embodied in German statehood. To allow this pillar to erode -- or, worse, to tear it down -- is a folly of the highest order. That is why, in the EU that emerged on the morning of July 13, Germany and Europe both stand to lose.

The Return of the Ugly German
Bailout Fallout: Greece After EU Deal 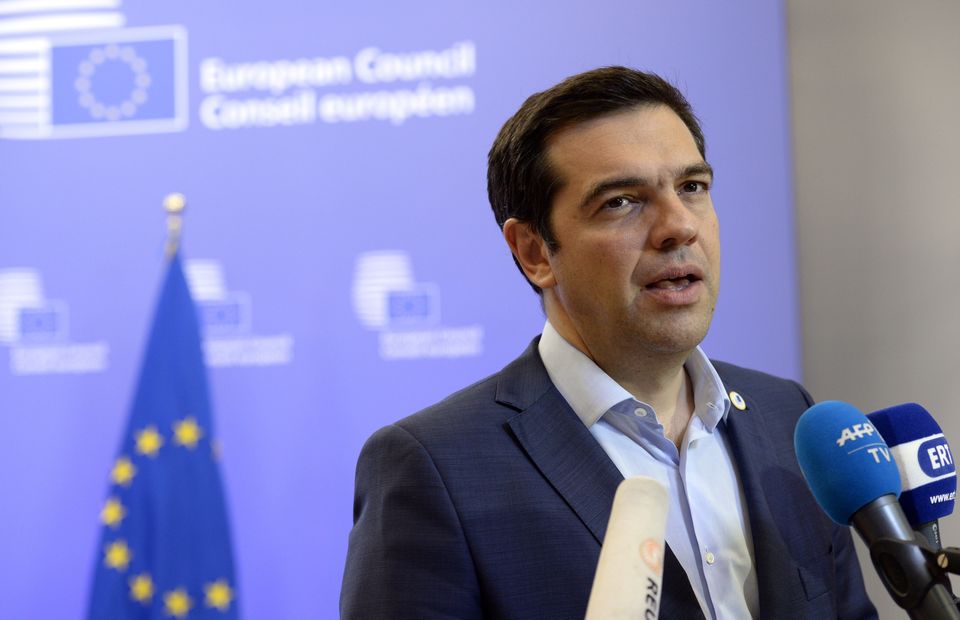