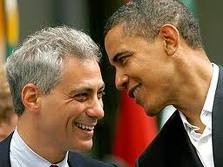 My arts blog, arts•meme gets hits from all around the world, every single day. But Thursday September 30, we had a particularly unusual visitor.

Perusing the site's analytics -- the statistical breakdown of the website's visitors by network, geography, and other variables -- my eye tripped on the following "network location."

Here's a direct lift from the statistics:

executive office of the president usa 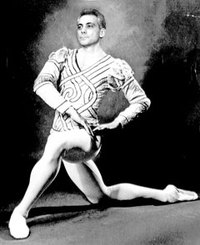 Investigating further, I saw that someone in the District of Columbia had visited the site twice in one hour, each visit averaging thirteen minutes.

I naturally imagined POTUS or FLOTUS avidly gobbling up my latest scribblings on Frederick Ashton, Jack Cole, or Arthur Mitchell.

But Washington Post dance critic -- and arts•meme contributor -- Lisa Traiger, acting as a Deep Throat, drew the intuitively more logical conclusion that the President's charge d'affaires, Rahm Emanuel, on his last full day working in the Executive Office as the nation's 24th Chief of Staff, was burning midnight oil, scrambling for his future.

Isn't that normal when you leave a job?

Obviously unsettled about his back-up options should his run for the Chicago mayorship fail, Emanuel is clearly reconsidering the viability of a return to his prior career as a ballet dancer. First stop: arts•meme.

We all know that Emanuel studied ballet as a kid, attending Evanston School of Ballet. He even turned down a scholarship to the Joffrey Ballet to attend the arty Sarah Lawrence College.

My safest bet is that Rahm was on line, lapping up the video of Rudolf Nureyev.

On the subject of ballet versus baseball, Monica Davey, in Friday's issue of The New York Times, more than implied that the game for tobacco-chewing men-in-tight-pants would give the politico-in-just-tights more traction than his proclivity for Balanchine:

PAS DE DEUX VS. DOUBLE PLAYS Chicago loves politics and sports and politics as sport. (And for most Chicagoans, Mr. Emanuel's training in ballet is unlikely to count.) For all the critics of Rod R. Blagojevich, the former governor of Illinois, no one would argue with his ability to rattle off Chicago Cubs statistics. But there have been hints that Mr. Emanuel, whose former North Side Congressional district would also imply (require, really) a powerful bond with the Cubs, may not actually care all that much about baseball.