Most parents understand the challenges of raising today's t(w)eens, and adding technology to the equation can send some parents into a tailspin. But what if engaging with new social technology meant you could have a better relationship with your teenager?

The study of nearly 500 families sought to explain how social media, often seen as the reason for less genuine interaction, can bring a family closer. Here's one question the study asked, and a real participant's response:

A: You can do a lot on social networking sites. Your kid might post a picture, and you might show support by liking it or making a nice comment, or a status update that does the same kind of thing. It gives more opportunities to give positive feedback or show affection.

Social networks give an intimate look at your teenager's life. It lets parents know what their kids are going through, what their friends think is cool or fun, and helps them feel more connected to their child. It gives a nice little window into what is going on.

I think this study also helps parents reach the realization that they need to become more social media-savvy, if they haven't done so already.

Let's look at the opportunity to be a social media role model for our kids. Recently, I wrote an article emphasizing that Facebook is not A diary and taking issue with how childishly some parents act online. Facebook, Twitter and other forms of world-wide digital platforms are not places for recording your private information. Families should set their boundaries and meet at the dinner table rather than at their Twitter handles.

Social media can also be the largest playground for bullying and cyberbullying, for both kids and adults. Parents, again, this is an opportunity to shine. We saw a recent example of this in the reactions to the trial of George Zimmerman. It's a fact that not everyone liked the verdict, but the fury of rude, crude and outrageous comments by adults on social media sites such as Facebook and Twitter was/is disgraceful. I can't emphasize this more: the way parents act online and how they act at home should emphasize respect equally.

When our kids and our t(w)eens see adults act inappropriately online, what message are they receiving? Is it OK to use your keypad to aggressively attack someone you don't agree with --becoming a cyberbully? I, for one, believe in politely agreeing to disagree and moving on. I won't engage or argue with those who are heatedly debating in an unhealthy manner. 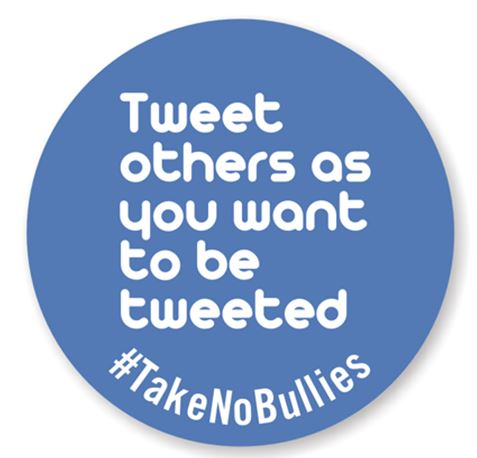 What happened to "if you don't have anything nice to say don't say anything at all?" I'm not saying you can't have a good debate, but have respect for each other -- the four-letter words and the name-calling are unnecessary and your children are watching.

It's not realistic to just set boundaries on social media; you should teach your kids how to flexibly and respectfully respond to new online social situations. This is vitally important, since the online social landscape changes so rapidly. One of the final questions on the study asks:

Q: Some teens prefer newer social platforms that haven't caught on with parents as much as Facebook has. What do you say to parents about this?

A: I think it's important for parents to be media-savvy and to know where their kids are. A lot of teenagers are on Twitter and not a lot of parents are on that. If you really want to stay involved with your kid, you can't be afraid to learn new technology, to learn new web sites and to know where your teen is.

• If you aren't signed up on Twitter or Facebook, ask your teen to help you get started today.
• Find out what other social media sites they are on, get signed up and get interested!
• Facebook can also be used for disciplinary consequences according to a recent Mashable article.
• Remember, you will always be your child's role model, both online and off. Your actions speak louder than you know. Surf with respect.

Kindness and respect count, and it is important to act appropriately -- online and off. The family that tweets together will show that family values extend beyond the home and into the digital world.