As a New Yorker, the one piece of garbage that I am most likely to acquire and then throw into an overstuffed landfill is a paper coffee cup, with its ubiquitous plastic lid. In the four blocks between my subway stop and the office where I work, there are five coffee shops and two coffee carts. New York City could not survive without coffee. Which business south of 14th Street stayed open during the immediate hours following Hurricane Sandy, when almost everything was closed? Starbucks.

Despite the absolute deliciousness and powerful caffeinated kick that paper cups of takeout coffee offer to people like me, once the coffee has been drained from those cups, garbage remains. Lots of garbage. Billions of takeout coffee cups are thrown away every year. Is there anything you can do with your used paper coffee cups, other than toss them into the rubbish bin?

There are indeed a few ways to upcycle used coffee cups. Rinsing, drying, and carrying the coffee cup home from the office might be a bit much for some folks, but it could be done. If you are so inclined, these nine projects make good use of used paper coffee cups. 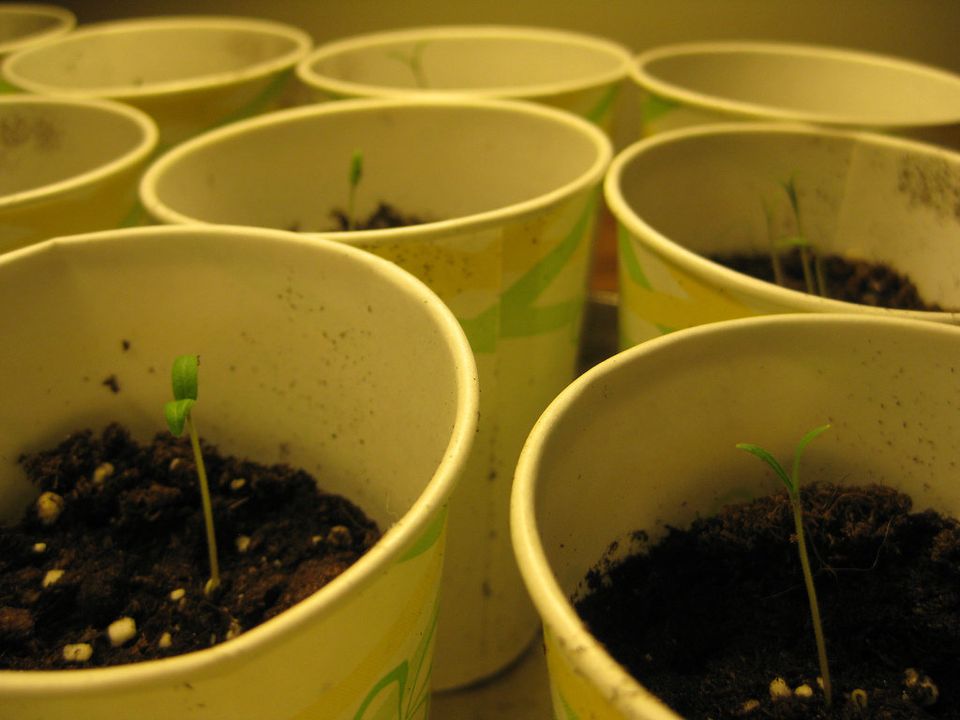 1 / 9
Coffee Cup Planters
Poke holes in the bottom of the cup. Fill the cup with potting soil. Plant a sprouted seed or a cutting that has grown roots in your coffee cup. Place it in on a plate or something to catch the water and dirt that drains through the holes. The cool thing about this is that when you are ready to transplant the plant into the ground, you can transplant the whole thing, cup and all. <a href="http://www.networx.com/article/starting-plants-from-seed" target="_blank">Learn how to plant seedlings</a> from a <a href="http://www.landscapingnetworx.com/landscapers/CA/los-angeles/" target="_blank">gardener in Los Angeles</a>.
<a href="http://www.flickr.com">Flickr</a>:<a href="http://www.flickr.com/photos/sylvar/4579573319/">sylvar</a>