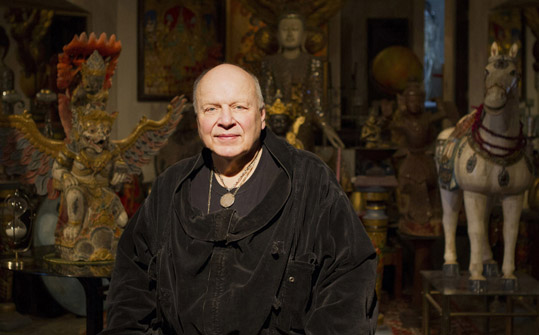 This week I talked with Rev. Richard Emmanuel about why the quest for LGBT equality continues to create such a commotion within the Christian, Jewish and Muslim religious communities. Emmanuel brings clarity to this dilemma by giving us a history lesson on why LGBT people present such a threat to conservative religious leaders. Explaining why, in 2013, homophobia still persists, he stated:

Let's look at the passing of the wonderful person Gore Vidal, a great person in terms of understanding history and the narrative of how things work. He was liberated in terms of his own identity, in terms of his sexuality, and basically set an example. Despite all of the criticism, all of the harangue, he walked through it and was himself. Just before he died he was asked, "What is the greatest mistake humanity has made?" Without hesitation Gore Vidal said one word: "monotheism." And out of that you got to understand if you trace this, monotheism is the mechanism to describe "one way or the highway," "my way or no way," and that is the problem of the issue of human sexuality. Let's look at how we label one another. The idea, when Gore Vidal said "monotheism," is a word that allows for the concept of authoritarian dictate. So this is where we all start to define ourselves: This is "gay," this is "lesbian," this is "transsexual," and this is "straight." Back 2,000 years ago, in the Greco-Roman period, do you realize there wasn't a word for "homosexual"? People just used their sensuality and their sexuality to become who they are, and there was no guilt. This is where LGBT people are consistently made to feel guilty about their own thought process. We have to look at what the three Western faiths -- Christianity, Judaism and Islam -- are doing to us and why we are so sexually dysfunctional in our culture.

Rev. Emmanuel understands that LGBT issues are the greatest clues for the transcendence of human sexual guilt; however, he needs your help. "Human sexual guilt? Get over it!" he concludes.

And on issues of belief, he cautions, "Belief creates its own prejudice. Even the notion 'scientific truth' creates its own rigid constellations of the celestial configuration of stars, planets, comets, galaxies, the universe and the cosmos. The real questions: Are you conscious? Do you know that you must construct your own story of being?"

Rev. Emmanuel is the minister of a church that has no members. Why no members? Because, he says, how one can join something other than the quest to "know thyself"? He reminds visitors to his experimental church that those are the words inscribed above the portal of the ancient Greek temple of Apollo.