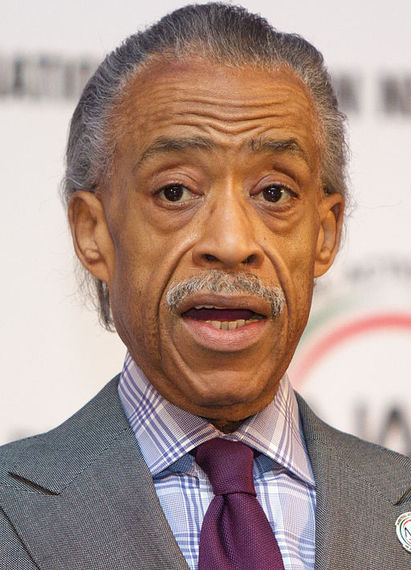 It's no secret that many young civil rights activists feel it's time for Rev. Al Sharpton to step aside.

He begs to differ. And had a few very strong words for them at a meeting with young members of his own National Action Network on January 31 this year, as recounted by reporter Azi Paybarah of Capital and Kimberly Gedeon of Madame Noire:

How you going to be more mad at folk that are marching for the same cause then you are against the folks y'all are marching against? Don't you see a trick in there?

And why they got y'all arguing about old or young in Ferguson, they running an election and y'all ain't got a candidate in the race. Cause you're busy arguing with your mommy and daddy when they re-electing a mayor, and re-electing a prosecutor. They got you arguing about who going to lead a march -- the old or the young -- when they cutting up the city budget.

It's the disconnect that is the strategy to break the movement. And they play on your ego. 'Oh, you young and hip, you're full of fire. You're the new face.' All the stuff that they know will titillate your ears. That's what a pimp says to a ho.

His anger is understandable. No one wants to be told they're no longer needed. And the chants of "Fuck Sharpton" heard by the same Capital reporter at one New York march had to fan the flames a bit.

There has also been a small, post-Ferguson flurry of articles by young black activists and journalists like Brittney Cooper of Salon.com, who recently wrote that Sharpton "does not have the ear of this generation," and that "it is not his leadership that any of us who will live on the planet for the next half-century or so really needs."

I would hasten to add that there are many older folks who feel the same way. In fact, the idea that all black people "follow" the same leaders or all have identical views about... anything...chafes.

We have, famously in some cases, followed effective leaders en masse, reining in our personal ideologies for the greater good -- and for our own safety. But we have never been the lemming-like creatures some seem to think we are.

Nevertheless, even the outliers among previous generations were often inspired by the rousing, church-bred oratorical cadences of King, Jackson and even Malcolm X. I remember how underwhelmed I was by Obama's Democratic Convention debut. He was the harbinger of new voices and world views to come, but I was still stuck up on that mountain top MLK shouted about back in the Civil Rights era.

Our young folks are finding their own effective ways of mobilizing the masses without charismatic leaders at the fore. There are "follow through" problems that make some of their efforts seem aimless. But they will be solved. Just not by Sharpton, or any of the previous, tried and true "sound bite" sources who many young folk say do more harm than good.

The Sharpton rant, in fact, has been used to prove that point. That, too, is understandable. To paraphrase a CNN guest pundit commenting on the Brian Williams/NBC debacle, it's not the crisis, it's how you handle the crisis that people will remember. Rev. Sharpton seems to have handled this one very badly.

As the mother of a half Hopi Indian daughter who proudly self-identifies with both of her cultures, I know firsthand that a change has come. We are, today, a true Rainbow Coalition, not just ideologically but, well, "racially," to use another term that many of our young folks find woefully antiquated.

There are more shades of "black" now than ever. More ways of being black -- and... everything else -- than ever, too. Actually, there always were, but it was more difficult for both the dominant culture and our own to accept that back then.

Our young people are insisting upon defining their own "terms," literally and otherwise. And if Sharpton's reaction to this is to compare them to misguided "hoes," it may indeed be time for him to do a lot more listening and a little less leading for a while.