Social media has made everyone a brand and everyone a brander. Do you register on your social graph as snarky or heartwarming? What reflects you better, driving a Jeep or a BMW? Audiences have an innate understanding that a brand's public expressions, the company it keeps, and what others say about it imbue it with characteristics and attributes.

Presidential candidates are the ultimate American brands. In pre-literate eras, their brands were expressed through cartoons and posters. They've since evolved to campaign buttons, brochures, ads, logos, taglines, and theme songs. Like all brands, candidates reflect a coherent set of concepts that are the sum of:

To understand a brand's essence you must find its true brand personality or persona. A simple, intuitive, and clarifying construct to reveal personas taps the long-standing storytelling character device -- the archetype. Archetypes have been prevalent through our earliest oral and written storytelling traditions, populating mythology and literature. Plato wrote about seminal characters, which have recurred in some of the greatest stories of all time. Achilles, from Greek mythology and Superman are both "The Hero." Little John in Robin Hood and Chewbacca in Star Wars are both "The Regular Guy."

Check out all 12 archetypes -- mapped along two continua along the Y and X axes -- revealing four groupings of human motivations. 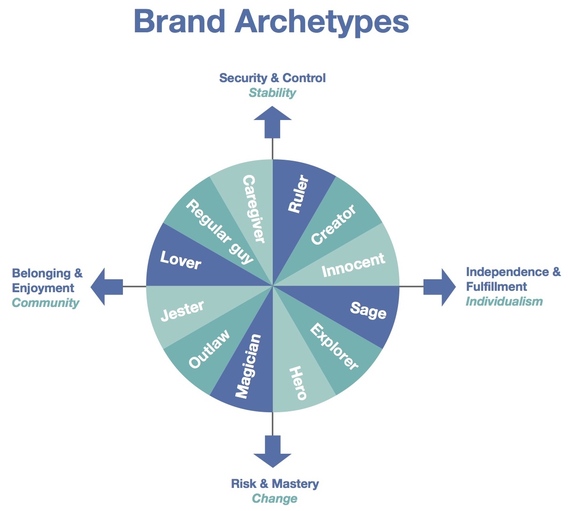 Where do the presidential nominees and their VP picks land among these archetypes? The candidates' true personas blend their personalities with their core ideologies. You may identify more than one archetype at play in each candidate, but one persona is always dominant. And you'll see that both the Republican and Democratic nominees have chosen running mates who complement their personas. (For details of all 12 archetypes and to learn how to discover a brand's identity, see Transmedia Marketing: From Film and TV to Games and Digital Media.)

PERSONAS OF THE REPUBLICAN CANDIDATES 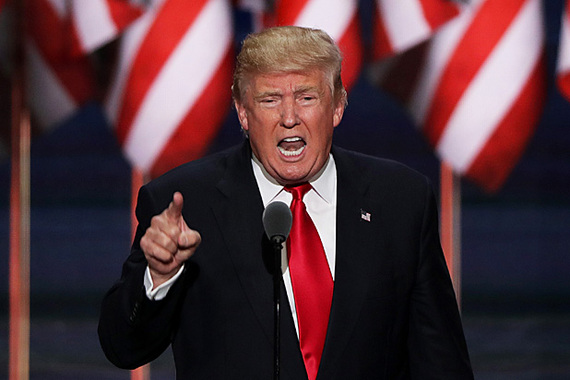 Donald Trump is clearly "The Ruler" persona - a powerful leader who can be either good or evil. Trump runs his business empire (and ran The Apprentice reality show) with absolute power. To make America prosper, he expects to rule the county in the same top-down, authoritarian style.

Trump's unabashed about his singular power, claiming "I am the only one who can make America truly great again!" And, he sees himself as the only one who can stabilize an unsteady ship: "No one knows the system better than me, which is why I alone can fix it." David Boaz, EVP of the Libertarian think tank, Cato Institute, supports this autocratic designation. "We have one candidate who's not even pretending -- he is promising to be a one-man ruler."

Trump boldly plays out this persona by uttering un-PC criticisms and ad hominems about his enemies and people he sees as "other" or a threat. This is particularly attractive to America First-ers. His critics view his leadership style as too extreme, calling him a "dictator," "bully," and "demagogue." These reproaches are fueled by his public admiration of leaders such as Vladimir Putin and Saddam Hussein.

You might see elements of the "The Jester" (the comical truthsayer) in Trump because of his over-the-top comments. Or, you may see his disruptiveness as signs of "The Outlaw" (anti-establishment freedom seeker, which Bernie Sanders truly embodies). But in the end, Trump's dominant persona is "The Ruler."

"The Ruler"- an archetype of Security and Control: Stability 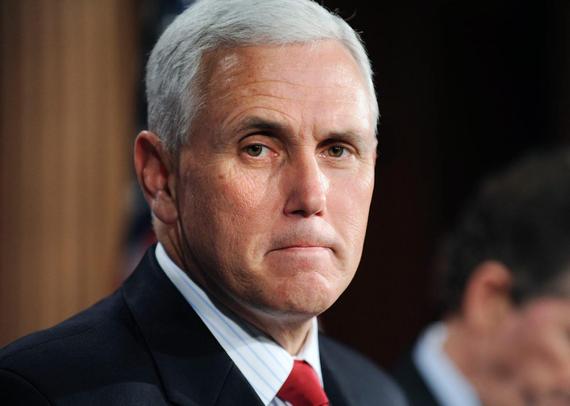 Given the concerns about Trump's despotic and loose cannon persona, it's no surprise that Trump (or his party) chose a safe, more predictable running mate in Mike Pence. Pence is "The Sage" persona -- a provider of intellectual solutions through research and diligence.

A former Indiana staffer bolsters this persona, saying Pence "likes to chew over an issue extensively before presenting it to the public, and wants to hear from multiple sides before making up his mind."

In addition to the social conservative cred and ties to the Koch brothers that Pence lends to the Trump ticket, he offers an almost "boring" offset to Trump's flamboyance. "He balances Mr. Trump out in terms of personalities," says political science professor Andrew Downs, director of the Center for Indiana Politics at Indiana University-Purdue University in Fort Wayne. "He is Midwestern polite. He's also very good at staying on message."

But as an absolute ruler, will Trump mine the considerable value of and give voice to Pence's "The Sage"?

"The Sage" -- an archetype of Independence and Fulfillment: Individualism

PERSONAS OF THE DEMOCRATIC CANDIDATES 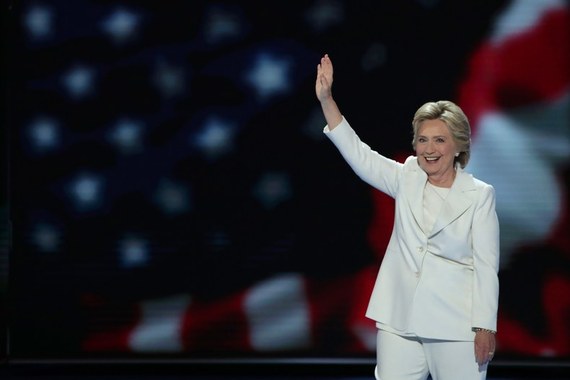 Hillary Clinton's appearance at the Democratic National Convention crystallized her "The Hero" persona -- a strong change maker who benefits others. She exuded the "White Knight" -- literally and figuratively -- when she accepted the nomination.

Throughout the election, Clinton has touted her legacy of public service -- including law school service projects, children's health care reform, and post-9/11 funding -- as improving the world. Forbes attributes her achievement of that track record to "persistence, strong will or sheer determination." Bill Clinton reinforced this crusader persona in his spouse-in-chief speech, recalling her accomplishments and naming her "the best darn change maker I ever met in my life."

But Clinton's extensive service record can play as a recitation of her resume, rather than a heartfelt expression of her deep-seated empathy. Her critics call her "cold" and "arrogant" -- possible results of her single-minded focus or falling prey to the "The Hero's" trap of hubris. Clinton acknowledges that disconnect: "Throughout all these years of public service, the service part has always come easier to me than the public part."

So, it's no surprise that Chelsea Clinton introduced her mother to the DNC as a warrior, but wrapped in a highly personal package. "My mother, my hero, our next President: Hillary Clinton."

You may see elements of "The Sage" in Clinton because of her serious tone and command of facts, or "The Explorer" (challenges themselves and others to do new things) because of her never-ending causes. Still, she and her machine have cast her dominant persona as "The Hero."

"The Hero" -- an archetype of Risk and Mastery: Change 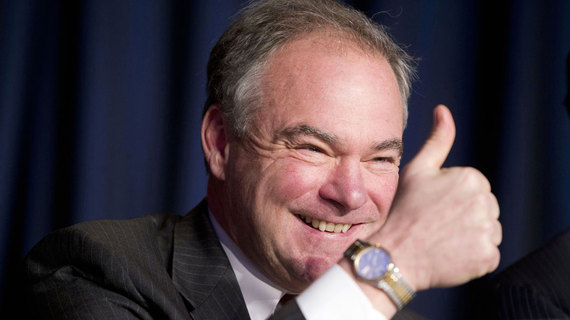 To counter the uncharismatic and harsher aspects of her persona, Clinton has reinforced the "heartland" roots and values she shares with her warm and easy-going Veep running mate, Tim Kaine. Kaine is "The Regular Guy" persona -- a friendly, humble, guy next door.

Kaine's accessibility is evident in his natural speaking style and quick smile, appealing to the working man and woman. When describing his considerable public career during his DNC speech -- from mayor to U.S. Senator -- he visibly fought his corn-fed humility. Social media latched on to his good-guy persona with a rash of "Dad jokes." @ericschroeck Tweeted, "I just want Tim Kaine to make me some scrambled eggs when I'm sad and ask me, 'What's wrong, scout?'"

A huge value of Kaine's avuncular persona is that he's the antithesis of a braggart or bully. That allows him to extol the virtues of Clinton's accomplishments and to take down Trump-the-bully with good-natured impunity: "You know who I don't trust? Donald Trump. The guy promises a lot. He has a habit of saying the same two words right after he makes his biggest promises: Believe me. His creditors, his contractors, his laid-off employees, his ripped-off students did just that, and they all got hurt."

So far, Clinton and her party have quarried the benefit of Kaine's "The Regular Guy."

"The Regular Guy" -- an archetype of Belonging and Enjoyment: Community

What's most noteworthy about this campaign is that the "negative sentiment" for both of the presidential nominees is the highest in any modern presidential election in the past seven decades -- since Barry Goldwater.

These polarizing negatives reflect voters' concerns and distrust of the nominees falling into their personas' traps. The Achilles' heel for Donald Trump, "The Ruler," is authoritarianism or dictatorship and inability to delegate. The Achilles' heel for Hillary Clinton, "The Hero," is arrogance and always needing another battle to fight.

But in the end, our next president will be determined in the general election by how much voters believe that each candidate can deliver on their persona's brand promise.