The sun and our skin have a complicated relationship.

No matter how much our skin might love the warmth that radiates from the hot ball of glowing gases at the center of our solar system, the rays that emanate from it can cause some serious damage.

There are plenty of skin care products on the market that promise to not only repair sun-damaged skin but also reverse the damage. It’s a claim that almost sounds too good to be true. So we spoke to dermatologists about whether it’s actually possible. As with many skin care-related topics, the answer isn’t totally black and white.

Despite the fact that we all know (or should know) that prolonged exposure to the sun can lead to increased risk of skin cancer and premature aging, people love tanning; suntans are often referred to as a “healthy glow,” and one study from 2010 even found that people think tanned skin is “hotter” than pale skin.

But the color (including sun freckles) you get from sitting outside in the sun is actually your body’s response to UV damage, Dr. Kenneth Howe, a dermatologist at Wexler Dermatology in Manhattan, told HuffPost via email.

“One of the key stimulants for melanocyte production of tanning pigment is damaged DNA,” Howe said. “It’s kind of like shutting the barn door after the horse is out ― our skin protects itself with tanning pigment, but only after being signaled to do so by damaged DNA. Further damage is prevented in this way, but there is always some initial damage.”

Howe also noted that excessive UV exposure can lead to the production of harmful enzymes in the skin that break down collagen and elastic fibers, leading to an increase in wrinkles and thinning skin. UV exposure can also cause an increase in a growth factor that “promotes the growth of blood vessels,” Howe said, adding, “This is why badly photo-damaged skin becomes mapped with veins.”

On top of that, ”If you get one blistering sunburn in childhood or adolescence, you have more than doubled your chances of developing melanoma later in life,” Dr. Sheel Solomon, a dermatologist in North Carolina, said via email.

“Skin has a memory. Sun damage at an early age remains throughout adult life,” she said. “If you have not been protecting your skin, sun damage can start to show up in your 20s.”

Aside from increasing your risk for skin cancer, the sun’s rays cause DNA damage to our skin cells, Dr. Angela Lamb, director of the Westside Mount Sinai Dermatology Faculty Practice in New York, said. Additionally, according to Solomon, the sun can cause dry skin, actinic keratosis and changes to the skin’s collagen production, resulting in fine lines and deeper wrinkles.

So can you actually reverse sun damage to the skin?

Solomon thinks it’s possible. However some treatments ― particularly those for addressing pigmentation and signs of aging ― are ones that likely require office visits. In other words, they’re not necessarily the most accessible routes for many people.

For example, Solomon suggested chemical peels or microdermabrasion to remove the top layer of sun-damaged skin. (It is possible to do a chemical peel at home, but it should be noted that the products you can buy over-the-counter won’t be as potent as those a doctor has access to.) Solomon also said the more intensive fractional resurfacing treatment can improve the tone and texture of the skin “and even helps undo precancerous changes to skin cells.”

Some laser treatments can also help to reduce the prominence of sunspots on the neck, chest and hands, Solomon said.

“Retinol products have been used for decades, working to reduce the appearance of fine lines and wrinkles,” she said. “However, due to their photoreactive nature, they can make your skin more susceptible to sun damage, so they’re usually not recommended in the summertime.”

Howe lands somewhere in the middle. He referred to enzymes called photolyases, which are found in almost all living organisms that have exposure to sunlight (humans don’t have them, unfortunately). Humans do have a type of enzyme that helps repair DNA damage, but it’s not nearly as effective as the enzyme found in other species.

To provide some context, Howe pointed to Neova DNA Damage Control Active SPF 43 sunscreen, which contains plankton-derived photolyase as an example. According to the sunscreen’s manufacturer, the product claims to repair DNA damage from UV rays, Howe said.

“If photolyases work ― and I’m not sure they do ― then they repair damage just as it first occurs,” Howe added. “Such instant DNA repair might theoretically prevent the development of skin cancers.”

Tretinoin (a vitamin A derivative like retinol, known by the brand name Retin-A) has traditionally been used to repair photo-damage, Howe added, explaining that is it “well-known to stimulate the formation of new collagen in sun-damaged skin.”

Lamb was least convinced by the possibility of truly reversing sun damage. In her opinion, the answer to our burning question is, “The best way to reverse sun damage is to stay away from the sun in the first place,” she said, noting that certain antioxidants and products like retinol can help with collagen production.

But sometimes, Lamb said, the damage caused from years of sun exposure with little or no protection could result in skin cells that have been so damaged they aren’t repairable.

But you already know that.

Instead of trying to find a way to reverse damage that’s been done, it’s important to focus on prevention. First and foremost, you can protect yourself from the sun with sunscreen and avoid its harsh rays during peak hours (typically from 10 a.m. to 4 p.m.).

“Being that person who sits in the shade and walks on the shady side of the street will reap benefits in the mirror!” Solomon said.

According to Solomon, protecting your skin from the sun not only protects from future damage, “but a study in 2016 showed that over the course of a year, subjects who applied sunscreen daily showed significant improvement in clinical markers of sun damage,” like texture and tone.

Solomon said she always recommends that people use a broad-spectrum sunscreen (here are some of our editors’ favorites for your face) with an SPF of at least 50 and emphasized that it should be reapplied every 80 minutes for best results. She also suggested using UV shields for your car window if you drive a lot as well as UV protective clothing or laundry treatments.

Finally, she said, it’s important to consider your diet as well, as antioxidant-rich foods can “help your skin immeasurably,” especially in terms of fighting free radical and UV damage, Solomon said. Some key antioxidants to look out for are lycopene, which is found in cooked tomatoes and in watermelon, beta carotene, which is found in spinach and cantaloupe, omega-3, present in nuts, seeds and salmon, and catechin EGCG, which is in green tea.

“It is all rather yummy and makes you feel and look good,” she told HuffPost. “These foods need to be incorporated into a regular diet. Some take several weeks to work, but they do!”

Why You Should Stay Far Away From Pinterest's DIY Sunscreens

These Are The Face Sunscreens Our Editors Swear By

The FDA Is Warning Against Sun Protection Pills. Here's Why. 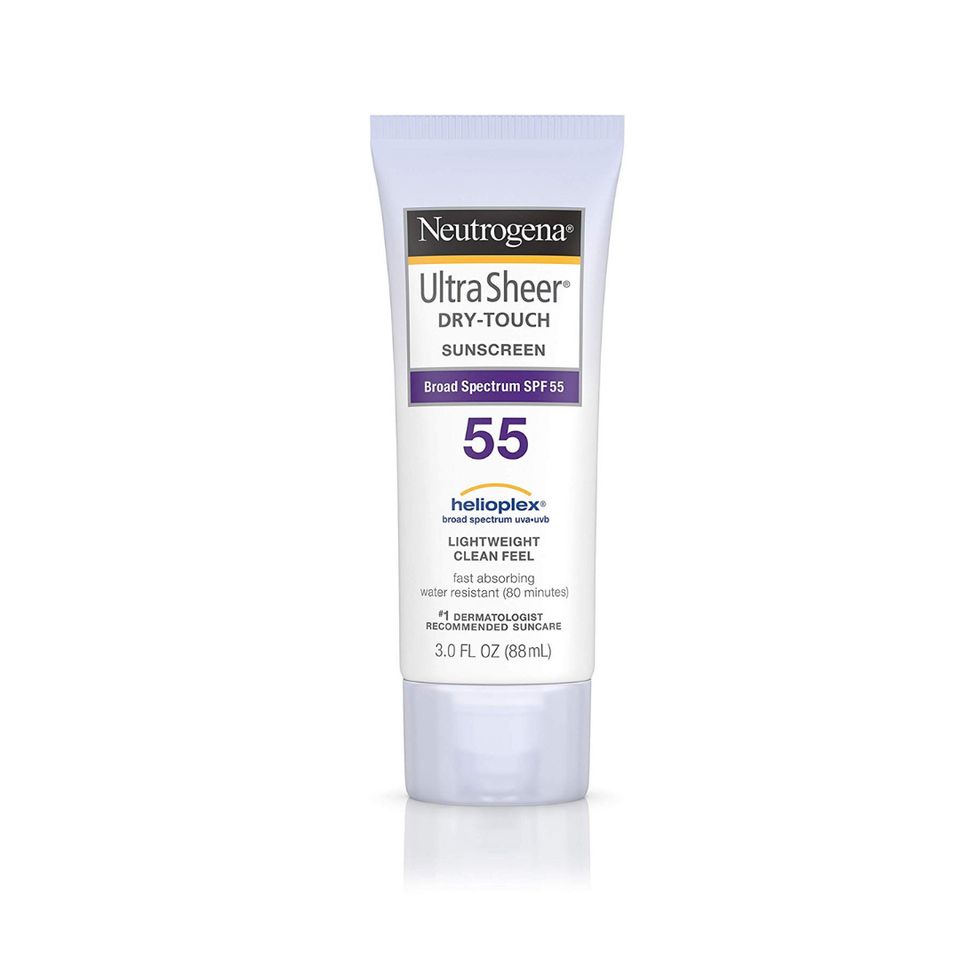