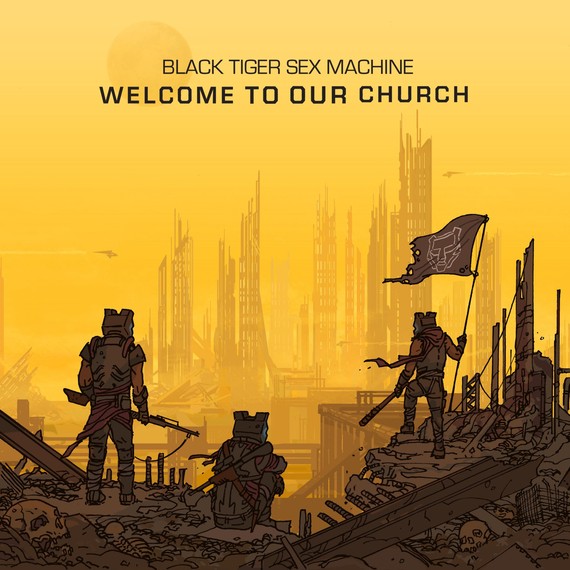 We're just over a month into 2016 and I've already been presented with what I can only imagine will become known as one of the best electronic albums of the year. Black Tiger Sex Machine has garnered acclaim over the past year for their electrifying live shows as well as their ability to bend, manipulate, and crossover every genre in the electronic realm; their first full-length release Welcome To Our Church, takes the standard they've set and launches it into an entirely different universe.

Released on their self-built label Kannibalen Records, Welcome To Our Church immerses the listener in pure, unadulterated, bass music. Implementing every style from dubstep and electro to drum and bass and even hip-hop, the album is a sporadic exhibition of the group's mastery of their respective art. Saturated from front to back with hard-hitting bass and classically-influenced instrumentation, the work stands on its own as a true showcase of BTSM's abilities.

The work as a whole can be seen as a concept album. The group has built themselves around a unique mythology that is anchored by the story of a post-apocalyptic world ravaged by the Kannibalen Virus, a relative of the zombie epidemics popular in our culture.**

Beginning with a stirring and orchestral "The Virus (Intro)" the album dives headfirst into a world of dark, grimey (in the best possible way), and immersive swells of electronic composition. From there, the album only builds to a fever pitch, rooting itself in the dark twisted "Future Thriller" genre that BTSM has claimed as their own.

From the first listen of the album, the one song I kept coming back to was "Armada" (BTSM x Lektrique). The beginning measures of the song feel straight out of a demonic horror movie; string hits, choruses comparable to Gregorian chants, and drum his build together until a deep voice cuts through the noise to inquire "Have you felt it?" From there the beat drops in and bounces sporadically between breakbeat and four-on-the-floor patterns that throw the listener through the gauntlet of audible overload; as though a mechanical war were raging in your ear drums. It's literally impossible to keep from bouncing and headbanging during any listening.

But further proving their mastery of intertwining and bending a multitude of genres is "Swing High," hands down one of my favorite tracks on the album. Take what sounds like an upright bass daisy-chained through a circuit-board, add a growling trumpet (played by what I can only assume was a rusty android), toss in some thundering bass drum and you've got a brilliant exhibition of electronica-meets-lounge-swing that before you know it dives headfirst into gnarly dub wobbles, programmed distortion, and all types of delicious filth.

Rounding out the gems on this album (despite the album in its entirety being pretty fantastic) are "Infected" (BTSM x Karluv Klub) and "Crazies" featuring Husser. The former, an adrenaline pumping, driving composition interspersed with samples from the B-Horror film "The Vampire Bat" specifically describing the wounds found on victims' necks; "The mark of the feast - the Devil's signature." While the latter is a hip-hop oriented, hard-hitting, explosive congregation of monstrous synth with just a touch of trap stylings. 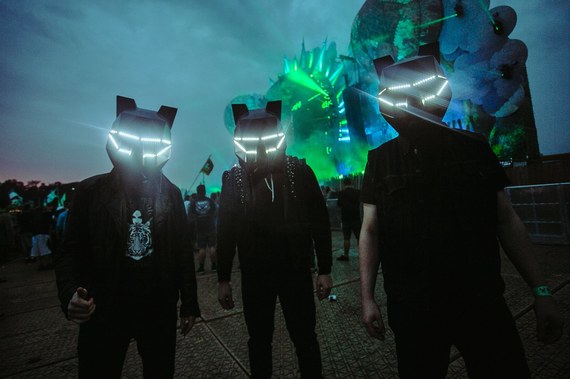 It's been 4 years coming, but Black Tiger Sex Machine have knocked this one out of the park and into the next area code. Currently stunning crowds across the country, it's easy to believe that the group is truly building their "church." I'm happy to announce that I'll be sitting down with the gentlemen themselves this Friday night at Webster Hall in New York City (Tickets Here), with an interview and show recap live for you the following week. In the meantime, I highly suggest you take a trip over to their website, give the album a full listen, and enjoy the journey they've prepared for you.

**"The Kannibalen disease is a viral disease that causes acute encephalitis (inflammation of the brain) in infected humans. It is transmitted most commonly by saliva or blood. Once transmitted, it travels to the brain by following peripheral nerves, ultimately causing disease in the brain and in-turn resulting in the onset of severe symptoms. Once it reaches the central nervous system, and symptoms begin to show, the infection is effectively untreatable. The Kannibalen disease is extremely dangerous due to its effect on the human body and mind. Symptoms include: malaise, headache, fever, violent movements, uncontrolled excitement, and periods of mania and lethargy, eventually leading to cannibalistic urges and behavior. Infected humans survive solely through the consumption of human flesh and blood, which results in an endless cycle of infection, or even death. With no cure, and the rapid spread of this disease, infected areas are bound to result in a blood-thirsty mess."**