The story of the 2008 financial crisis is, overwhelmingly, a story of losses and losers. The losses include 5 million jobs in the United States alone, tens of millions more overseas, and some 40 percent of the world's wealth. The losers include, at a conservative estimate, several billion human beings.

Given those numbers, it takes a certain amount of chutzpah to tell the story of the financial crisis from the vantage point of the winners -- the comparatively tiny number of people who saw the calamity coming and cashed in on it. That, however, is the story Michael Lewis chooses to recount in his new book, The Big Short. 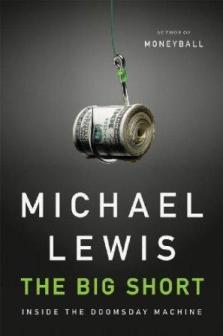 In lesser hands, that choice could easily come off as crass. Who, other than the jealous and the callous, gives a damn about the guys who made billions while the rest of us lost our shirts? Yet Lewis makes the choice look inspired. At the end of 2008, when the scope of the economic meltdown became clear, the question on everyone's mind was: how come so many smart people failed to foresee the crisis?

The usual answer -- at least as provided by those same smart people -- was that the crisis was fundamentally unforeseeable. The right information wasn't available to the right people at the right time. Or the information had become too opaque and unintelligible to piece it together into a big picture. Or the reigning model of how the market worked precluded the possibility of such a calamitous event occurring. Or the crisis arose from a confluence of events too specific and improbable for anyone to have predicted it. It was the black swan -- the huge, hungry, bad-tempered black swan -- that ate Manhattan.

The trouble with these hypotheses is that they all fail to take into account certain crucial pieces of evidence -- for example, Lewis's protagonists. "A small number of people -- more than ten, fewer than twenty -- made a straightforward bet against the entire multi-trillion-dollar subprime mortgage market and, by extension, the global financial system," Lewis writes. The mere existence of those people proves his point: "The catastrophe was foreseeable, yet only a handful noticed." The Big Short is Lewis's effort to explain why. 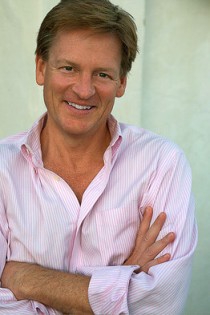 To do so, the book sticks close to that handful of people -- who are indeed a handful, in every sense of the phrase. Among them: Steve Eisman, the compulsively honest, thoroughly tactless hedge-fund manager who starts his career as a Republican devotee of mortgage bonds and ends up about as close to a morally outraged lefty as Wall Street has ever seen. Also: Charlie Ledley, the thirty-year-old co-founder of a company called Cornwall Capital Management. A lot of what you need to know about Cornwall Capital you can glean from this: it was started in Berkeley and subsequently migrated to the East Village. (Ledley's business partner calls it a "garage band hedge fund.") Then there is Greg Lippman, who, in Lewis's telling, has the fashion sense of a porn star, the oily sheen of a used-car salesman, the bank account of a bond trader (which he is) -- and, starting sometime around 2005, a 42-page, meticulously documented presentation about everything that was wrong with the subprime mortgage market. Finally, there is Michael Burry, a one-eyed former neurology resident who discovers early in life that he has an uncanny ability to understand the stock market -- and, late in life, that he has Asperger's syndrome.

In the land of the blind, the saying goes, the one-eyed man is king. Burry, Lippman, Ledley, and Eisman saw what precious few others were able or willing to perceive: a fatal flaw in the early-twentieth-century global financial system. The subprime mortgage market -- "the most powerful engine of profits and employment on Wall Street" -- was a glorified Ponzi scheme. Millions of people with shaky or nonexistent credit histories were seduced into accepting adjustable-rate mortgages: tantalizingly low interest rates at first, terrifying consequences down the line. Traders then chopped those mortgages apart, stuck them back together in strange configurations, and sold the resulting financial Frankensteins to investors as triple-A rated bonds. That's the same credit rating bestowed on U.S. Treasury bonds -- and the only rating acceptable to places like your pension fund.

Are you still with me? I hope so, because this is a radically simplified version of Lewis's somewhat simplified version of the mind-bendingly complex events that actually transpired in the subprime mortgage market. In general, Lewis has a knack for making difficult things look easy: sabermetrics, collateralized debt obligations, writing bestsellers. He's as deft as ever in The Big Short, but the material he's obliged to grapple with would make a particle physicist blanch. 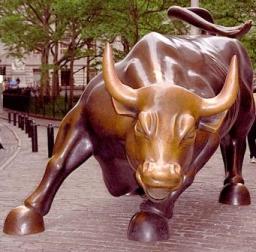 The main point, however, is unmissable: the whole thing was a castle built on a cesspool. Sooner or later, the adjustable interest rates on the subprime mortgages held by millions of not-terribly-solvent Americans were going to adjust -- upward. For the whole system to collapse at that point, the housing market didn't need to fail. It didn't even need to fall. It just had to stop growing as fast as it had during the boom years. And that's exactly what happened. The market slowed, the homeowners defaulted, and all the fancy financial Frankensteins fell through the basement. Lewis's protagonists, who had bet against them all along, made a killing.

You could argue that The Big Short is about a lot of different things -- about finance, hubris, turn-of-the-century democratic capitalism, Wall Street culture, American culture. All of that is true. But I read it (perhaps inevitably, given my own work) as, at heart, a story about the social, personal, and intellectual circumstances that can produce dazzling rightness or staggering wrongness.

For readers of Lewis's other work, that story should be familiar. In the prologue to The Big Short, Lewis positions it as a sequel to Liar's Poker, his account of his own stint on 1980s-era Wall Street. I suppose he would know best, but to me, this newest book seems, instead, to be the intellectual scion of Moneyball. That, too, was an astonishing story about rightness and wrongness: about the insight of outsiders and the intransigence of insiders; about the ability of those outsiders to recognize and exploit the inefficiencies of the insiders' ossified convictions; and about the social and intellectual forces that made it difficult for the insiders to grasp what was going on. Steve Eisman, Charlie Ledley, Greg Lippman, Michael Burry: these guys are to Wall Street what Bill James was to baseball. 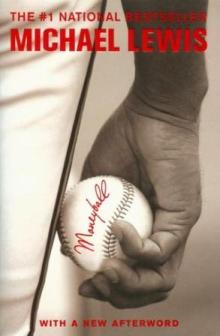 The Big Short is as good as Moneyball, but it isn't as fun. It's tough to sit back and revel in other people's idiocy when it cost you your house, or annihilated your IRA, or sent your entire job market up in smoke. And if you can't gloat over the losers here, you can't wholly cheer for the winners, either. In Moneyball, there was nothing to interfere with the pleasure of rooting for the hopelessly outclassed, out-of-shape, bottom-of-the-barrel Oakland A's. But the underdogs in The Big Short aren't really underdogs. They are millionaires growing up to be billionaires. Accordingly, you find yourself asking, uncomfortably: are the heroes of this book really the good guys? For that matter, are they even good?

Lewis lets the moral ambiguity keep sloshing around as the story unfolds. That's to his credit, since the reality of moral landscapes is that they are often more like moral seascapes -- constantly threatening to heave under you, or to make you heave. Here, we are alternately charmed by Lewis' characters and reminded that they are not so different from all the other Wall Street shmucks "getting rich shuffling bits of paper around to no obvious social purpose." We are also reminded that even a shmuck, once you get to know him, is seldom exclusively shmucky. And we see, too, that, to one degree or another, these men did try (Eisman and Lippman especially, although the latter for complicated reasons) to alert Wall Street to the impending crisis. None of them could ever figure out if Wall Street was too greedy to care about the message or too stupid to understand it. Regardless, the result was the same. Wall Street didn't listen. The SEC didn't listen. And, as Lewis tells it, his own colleagues -- journalists at the New York Times and the Wall Street Journal -- didn't listen either.

So Lewis's protagonists were Cassandras, sort of -- but only if Cassandra had placed a multi-billion-dollar bet against Troy and lived to tell the tale. However corrupt, fraudulent, and repellent they found the financial system, these men grasped it well enough to game it. In doing so, they became complicit in the crisis. Eisman's right-hand man, a guy named Vincent Daniel, put it well. "The way we thought about it, which we didn't like, was, 'By shorting the market we're creating the liquidity to keep the market going.'" Eisman concurred: "It was like feeding the monster. We fed the monster until it blew up." 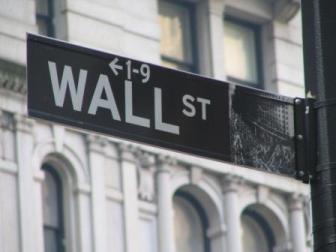 When it did, it took a vast swath of humanity with it. Those people -- the real underdogs of the financial crisis -- are seldom glimpsed in The Big Short before its final pages, when Lewis turns his gaze to the much-mythologized Main Street, whose denizens are about to learn that they are the victims of a spectacular failure. Actually, the people doing the gazing are Steve Eisman and his partners, who sit down together on the steps of St. Patrick's Cathedral in Manhattan on September 18, 2008, to try to take in what has happened. It is a lovely ending, understated yet lasting, like the toll of a bell that spreads rather than fades. But it says something about the larger story that the Main Street they gaze upon represents one of the wealthiest neighborhoods in America.