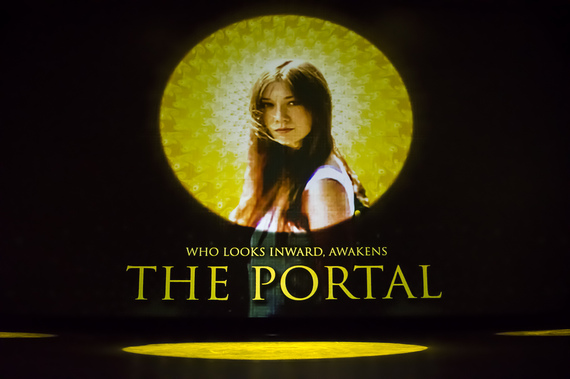 The music scene in Colorado has been exponentially growing and evolving which has led to a cultural explosion, especially within the counter-culture. Tucked away in the industrial bowels of Denver's River North, or RiNo district, is the Glitter Dome. Though more of a rectangular warehouse than a dome, its contents most definitely glittered. Premiering its first live show in front of a full audience on Friday, October 9th, was the underground rock opera, The Portal. 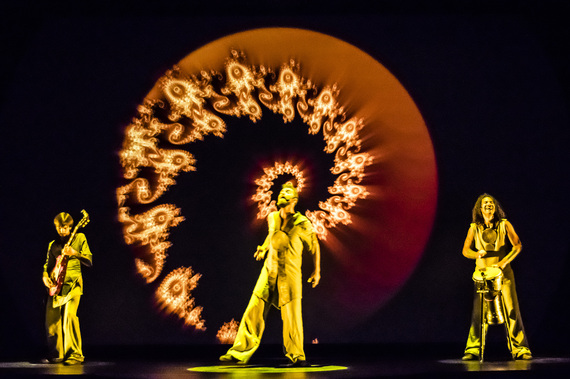 In a dimly lit warehouse stood a uniquely shaped stage with rounded corners backed by large projection screens. Attendees were welcomed by a hallway of visionary art showcasing pieces from painters such as the imaginative Dela and many more. Though utilizing less than half of the warehouse, the organizers found a way to elegantly enclose the area, turning a giant gaping space into an intimate theater. 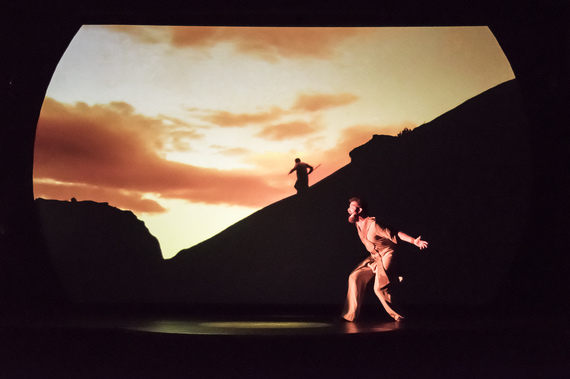 The Portal is a multimedia rock opera that blends the aesthetics of acid westerns, transformational music festivals, and theater. Combining elements from various art forms, The Portal is attempting an ambitious new style of performance theater that transcends societal expectations. Produced and directed by Luke Comer and choreographed by Kim Robards, the idea was to create a narrative based on mythology and ritual that the audience not only observes but is enveloped within. A tale of challenges, transcendence and evolution, The Portal is meant to be a transformative experience not just for the protagonist, but also for the audience. 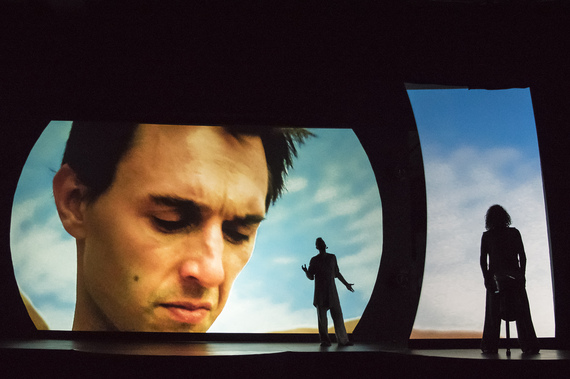 The performance began with an avant-garde film, telling the story of a man who is trapped in an unhappy reality. As the protagonist, who is named Dante (Christopher Soren Kelly), escapes the confines of his office job to roam the desert in search of enlightenment, the live music begins. With a percussionist (Gilly Gonzalez), a guitarist (Jon Sousa), and a lead singer (Daniel Katsük) in the foreground, images of swirling fractals mixed with the cinematic narrative dance upon the screens. Highly emotive and symbolic, the audience is encouraged to imbue their own meaning into the story. 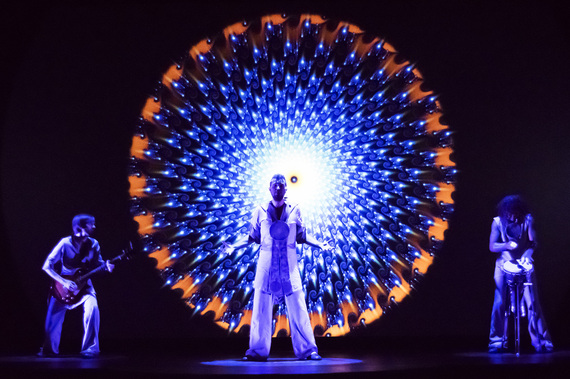 A tale of breaking free from the shackles of one's own, self-made prison, Dante, follows a mysterious woman called Beatrice (Zarah Mahler) through red-tinted deserts and tree-spotted landscapes. Beatrice is Dante's inner light and guide, teaching him to trust his intuitions though it may feel scary to do so at times. On this journey, he encounters three archetypes that are manifested in various forms. As Dante conquers each obstacle, he is propelled forward to the next stage of his journey. The importance of the narrative is not the destination but rather the odyssey itself and the challenges he must face along the way. 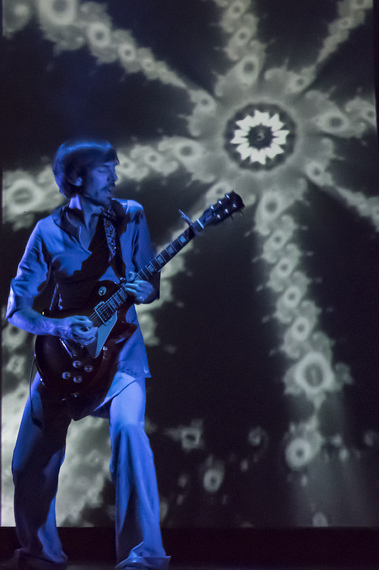 Two modern-style dancers (Kristin Bazurto and Rebecca Ritch) clothed in white, flowing garbs appeared on each side of the stage, undulating against the digital tie-dye as the projections glided across their movements. Including the dancers, the live cast was comprised of five people, plus a black-cloaked, scimitar-wielding death character who ominously roamed through the audience, knocking over beverages and startling unbeknownst patrons. Meanwhile, Dante's highly symbolic and abstract story is unfurling in the background creating a multi-dimensional experience for the audience. 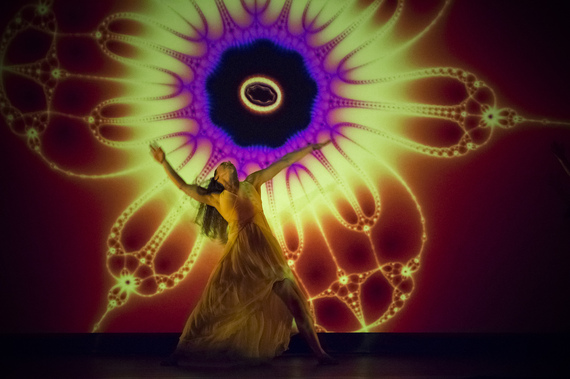 Though described as part cinema, part live concert, and part immersive theater, I felt the cinematic element was greatly emphasized over the live performance and immersive elements. The Portal has indeed reshaped the constructs and ideologies of live theater, however I found myself leaving the event wanting more. Comer has given us a taste of the true potential that lies within this unique endeavor. While all the performers and actors were immensely talented and brought Comer's concept to life, from the perspective of an audience member, a bigger cast of dancers and musicians would make The Portal feel truly immersive. 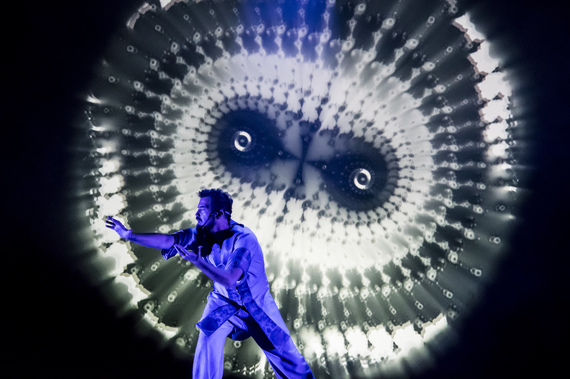 Beginnings are a beautiful time that teach, guide, and inspire us. It is through beginnings that we are born, in all its forms, and where we learn to always strive for betterment. The Portal was well executed and though I felt it was wanting in some aspects of its live production, that does not change my overall perspective of the performance. Though a challenge to describe in words, I was able to see the bigger picture which Comer has crafted. Full of mythology, symbolism, growth, flawless 3D mapping, ethereal dancers, emotive actors, and mesmerizing musicianship, The Portal was an entry point that will soon flourish, evolve, and transcend.

The Portal will be running twice a week through the month of October until the 31st in Denver, Colorado and will hopefully visit more cities soon!