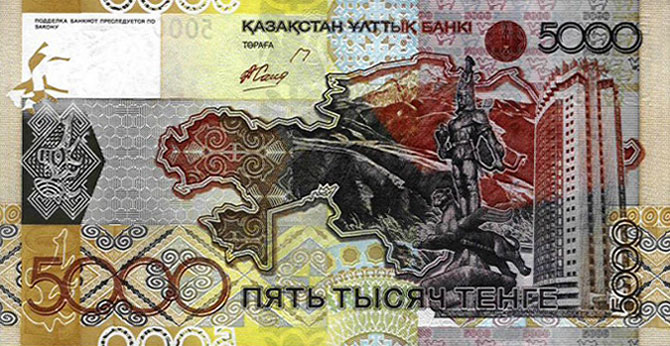 While a lot of attention has been paid to the political situation in the Republic of Kazakhstan, it is surprising to see how little is known about this republic's economy. The tendency to amalgamate various Central Asian countries overlooks a few economic realities.

That the country has the ninth largest superficies in the world (one million square miles) for a population ranking 62 could have attracted the attention. The first of the former Soviet Republics to repay its debt to the IMF and a major oil producer, Kazakhstan became independent in 1991 and its foray into the market economy has been difficult. It is constantly torn between the protection of its oil reserves and the need for foreign companies to exploit them. The joint ventures existing with major oil companies have often been difficult alliances.

Recently, its banking sector unexpectedly collapsed for reasons connected to the global economic crisis, as well as a result of some of the country's crucial missteps. Disallowing foreign banks to establish themselves in Kazakhstan, with the intent to diversify the financial services industry and finance the country's economic growth, was its first mistake. Instead, Kazakhstan's three largest banks (Alliance Bank, BTA Bank and Temir Bank) built balance sheets whose funding was almost totally dependent on foreign sources of capital. Those sources dried up during the financial crisis but, more importantly, the asset quality deteriorated. What rescued the country was a commitment by the Government to use best practices to resolve their banking problem. It involved the restructuring of around $25 billion of debt.

While negotiating with foreign banks, Kazakhstan set up the National Welfare Fund (Samruk-Kazyna), a domestic type of sovereign wealth fund. It is not the typical sovereign wealth fund of oil producing countries; it is closer to the French model that focuses on domestic investments and initiatives. Prime Minister Karim Masimov chairs the Board of Directors who, last month, approved a "Draft of Development Strategy of the Fund up to 2020 concerning determination of target assets structure, determination of portfolio companies' priorities, as well as access into securities market was considered at the meeting. Besides the issues of Fund's participation in implementation of the State program for forced industrial-innovative development for 2010-2014."

It is definitely the hand of the government, but it is also invested in 400 companies. That fund already has the support of the European Bank for Reconstruction and Development. The market capitalization of its assets is estimated at $30 billion, and it is managed by a former Minister, Kairat Kelimbetov. He announced privatizations of some of its assets, particularly the banks, at a 3 to 5 year horizon. The disposal of BTA, the second largest bank, is already on the way. According to the Central Bank, it will be sold to a Russian Bank: BTA Bank has $5 billion of claims against Russia. Sberbank seems to be the leading bidder.

Kazakhstan introduced more pro-business reforms over the past year than any other nation, the World Bank said in its latest "Doing Business" report on Wednesday. Jia Jiqing, chairman of the Chinese People's Political Consultative Conference (CPPCC) National Committee, arrived in Astana for a three-day official good-will visit to Kazakhstan. President Sarkozy signed $2.7 billion of contracts with the Kazakh president.

After the previous turmoil, the time has come to consider Kazakhstan beyond its oil resources. The National Welfare Fund is trying to navigate its governance and activities by looking closely at similar initiatives in Canada and Norway. Stabilizing the Kazak economy requires developing new areas of activities, mostly focusing on services. Already 48% of the economy is in services and the share of oil and gas is not as dominant as it used to be.

Does that mean that Kazakhstan has turned the corner from its Soviet years? Probably not politically, but the time has come to revisit this Central Asian Republic's economic potential and watch Samruk-Kazyna as it attempts to foster long term development and privatizations beyond oil and gas.