Almost ten years ago, on November 30, 1999, tens of thousands of protestors shut down a meeting of the World Trade Organization in Seattle. The activists were not against trade or globalization, despite the many misleading claims in the mainstream media. They were against a system of deregulated capitalism that was spreading around the world.

At the time of the Seattle protests, my first book, No Logo: Taking Aim at the Brand Bullies, was at the printer. The book looked at the war being waged on public space by a new breed of corporate "superbrands," as well as the first signs of a fight back against corporate power. It was good timing for an author-activist: I had the rare privilege of watching my book become useful to a movement I believed could change the world.

On the ten-year anniversary of the Seattle protests, with anger mounting at the open collusion between corporations and governments, I am re-releasing No Logo with an extended new introduction. Among other developments, the new essay looks at the unprecedented bailout of Wall Street, as well as the rise of the Obama Brand (the most powerful brand in the world) and examines the troubling gaps between its marketing and reality. 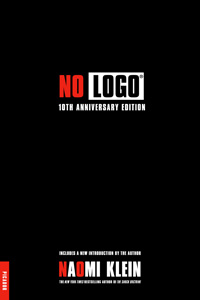 As the new edition comes out, it feels like a 'movement moment' once again. A new wave of exciting climate justice activism is underway in the lead up to the UN climate summit in Copenhagen, one that builds on many of the networks born in Seattle. As I wrote in a recent article in Rolling Stone, now that a serious deal is off the table, many activists see Copenhagen as "a chance to seize the political terrain back from business-friendly half-measures, such as carbon offsets and emissions trading, and introduce some effective, common-sense proposals -- ideas that have less to do with creating complex new markets for pollution and more to do with keeping coal and oil in the ground."

One of our movement's challenges back in 1999 was that, in the midst of the euphoria of the dot-com boom, few were interested in hearing about the downside of capitalism. Ten years later, perhaps our movement's time has come.

With that in mind, here's a blast from the past: an op-ed I wrote for the New York Times when Seattle was still overrun with activists and choking on tear gas. It seems positively timid by today's standards.

Rebels in Search of Rules

It is all too easy to dismiss the protesters at the World Trade Organization meeting in Seattle as radicals with 60's envy. A seemingly more trenchant criticism is that they are simply behind the curve, fighting against a tide of globalization that has already swamped them. Mike Moore, the director of the W.T.O., describes his opponents as nothing more than protectionists launching an assault on internationalism.

The truth, however, is that the protesters in Seattle have been bitten by the globalization bug as surely as the trade lawyers inside the Seattle hotels -- though by globalization of a different sort -- and they know it. The confusion about the protesters' political goals is understandable: this is the first movement born of the anarchic pathways of the Internet. There is no top-down hierarchy, no universally recognized leaders, and nobody knows what is going to happen next.

This protest movement is really anti-corporate rather than anti-globalist, and its roots are in the anti-sweatshop campaigns taking aim at Nike, the human rights campaign focusing on Royal Dutch/Shell in Nigeria and the backlash against Monsanto's genetically engineered foods in Europe.

At any time, one huge multinational company may be involved in several disputes -- on labor, human rights and environmental issues, for example. Activists learn of one another as they aim at the same corporate target. Inadvertently, individual corporations have become symbols of the global economy in miniature, ultimately providing activists with name-brand entry points to the arcane world of the W.T.O.

This is the most internationally minded, globally linked movement the world has ever seen. There are no more faceless Mexicans or Chinese workers stealing our jobs, in part because those workers' representatives are now on the same e-mail lists and at the same conferences as the Western activists. When protesters shout about the evils of globalization, most are not calling for a return to narrow nationalism, but for the borders of globalization to be expanded, for trade to be linked to democratic reform, higher wages, labor rights and environmental protections.

This is what sets the young protesters in Seattle apart from their 60's predecessors. In the age of Woodstock, refusing to play by state and school rules was regarded as a political act in itself. Now, opponents of the W.T.O. -- even those who call themselves anarchists -- are outraged about a lack of rules and authority. They are demanding that national governments be free to exercise their authority without interference from the W.T.O. and asking for stricter international rules governing labor standards, environmental protection and scientific research.

Everyone, of course, claims to be all for rules, from President Clinton to Microsoft's chairman, Bill Gates. In an odd turn of events, the need for "rules-based trade" has become the mantra of the era of deregulation. But deregulation is by definition about the removal of rules. The W.T.O., charged with defining and enforcing deregulation, is only concerned with rules that regulate the removal of rules.

The W.T.O. has consistently sought to sever trade, quite unnaturally, from everything and everyone affected by it: workers, the environment, culture. This is why President Clinton's suggestion yesterday that the rift between the protesters and the delegates can be smoothed over with small compromises and consultation is so misguided.

The face-off is not between globalizers and protectionists, but between two radically different visions of globalization. One has had a monopoly for the last 10 years. The other just had its coming-out party.

The 10th Anniversary edition of No Logo will be available in the US and Canada in mid-November and in the UK in January. You can pre-order your copy here. Hook into N30 activities through: www.actforclimatejustice.org

Author, This Changes Everything: Capitalism vs. The Climate