Spiritual pilgrimage has a central place in all the world's major religions. For the 600 million Buddhists in the world, the once dusty little village of Bodhgaya in India's state of Bihar is quickly becoming the mecca for Buddhist pilgrims. Towering over Bodhgaya is the Mahabodhi Mahavihara, an ancient temple and UNESCO world heritage site, that marks the place where the Buddha achieved enlightenment in the 5th century BCE. For over one thousand years the teachings of the Buddha were chanted daily at this site. As Buddhism declined and eventually disappeared in India, the Mahabodhi temple was abandoned in the fourteenth century. Yet India is the motherland of Buddhism, and a revival movement to bring the teachings of the Buddha back to India began nine years ago when the Light of the Buddhadharma Foundation sponsored the first International Tipitaka Chanting Ceremony in Bodhgaya in 2006. 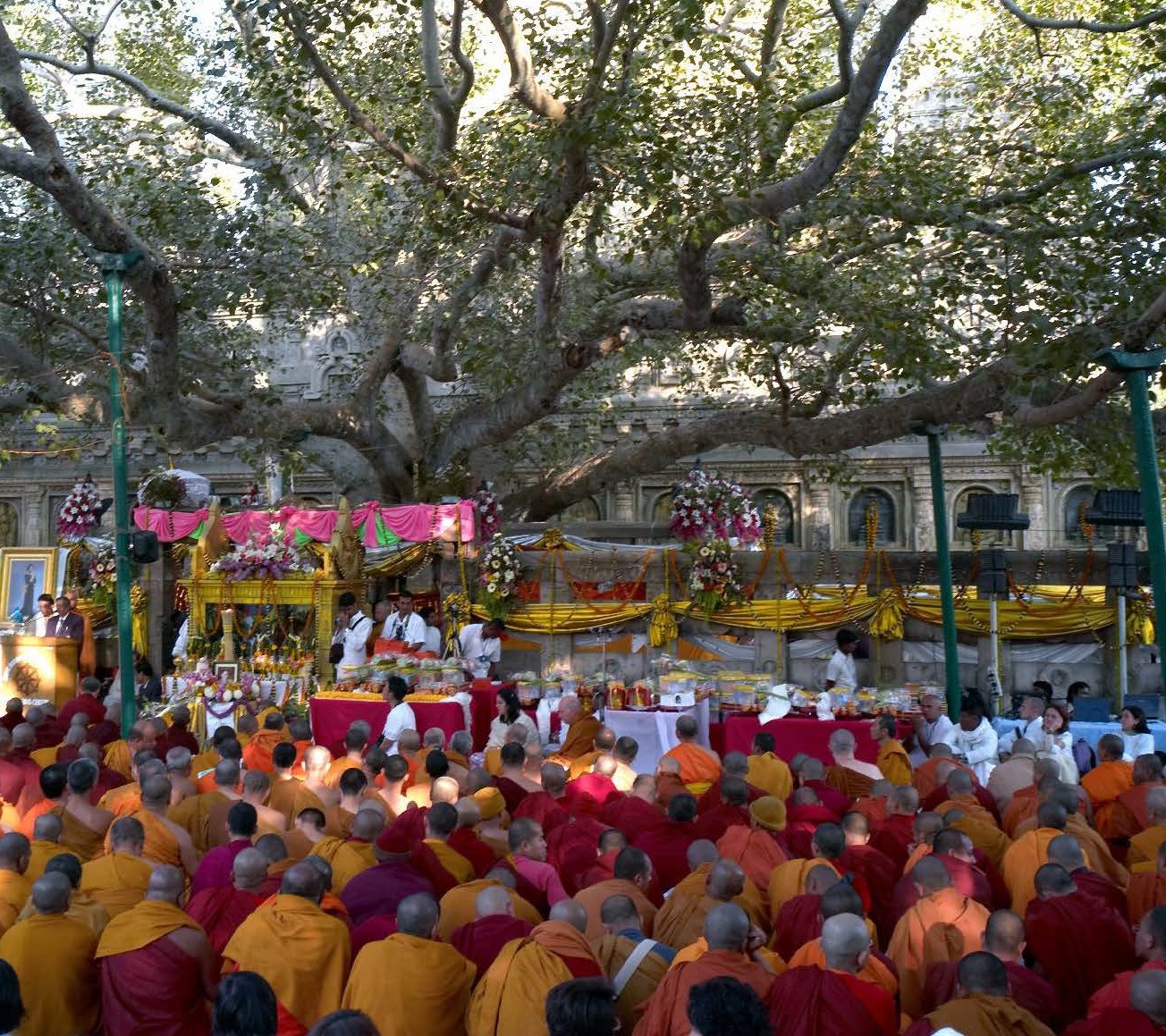 This gathering is a restoration of what was a 1,000 year tradition of monks chanting from earliest recording teachings of the Buddha, known as the Pali Tipitaka, at the place of the Buddha's enlightenment under the legendary Bodhi tree. The Buddha's teachings were propagated for several hundreds of years through recitation in this manner, and it is the first time in 700 years that the Theravada Buddhist sangha have returned to India to chant the precious teachings, and also perhaps the first time that the International Sangha have chanted together since the Buddha's time.

This resurgence in activity has led to a dramatic increase in visitors to the Buddhist sites of India. Indeed it is now estimated that one in six visitors to India visit Bodhgaya (source: Indian Ministry of Tourism), and many of these visitors go on to visit the other great sites that formed the ancient pilgrimage circuit. Bodhgaya now has 47 Buddhist temples, and the state of Bihar alone has over 1,600 accredited Buddhist sites, many in a very good state of preservation, and substantial Buddhist remains are spread across every state in Northern India. These large visitor numbers have important economic and social consequences, and initiatives have been launched at both state and federal level to further promote the pilgrimage circuit within the ancient landscape of northern India.

The revival of Buddhism in India is also happening on the home front with the growing numbers of Ambedkar Buddhists. There is now an estimated 2 million Ambedkarite Buddhists. This movement originated in the conversion of late Indian statesman, Dr. B.R. Ambedkar to Buddhism. Born into the Dalits or "untouchables"--the lowest class of the Hindu caste system--Dr. Ambedkar's early experiences of discrimination and segregation led him to fight for reform, becoming one of the first Dalits to receive a college education, and later law and doctoral degrees. As principal architect of the Indian constitution, Dr. Ambedkar converted to Buddhism and went on to start a revivalist movement--urging millions of Dalits to convert to Buddhism as a means to reclaim their dignity and engage in non-violent social reform. Just prior to his untimely death, he wrote The Buddha and His Dhamma.

On October 12-15th nearly 1,500,000 Ambedkar Buddhists will be gathering in Nagpur, India at the Deekshabhoomi - a pilgrimage site dedicated to the place where Dr. Ambedkhar and some 380,000 of his followers converted to Buddhism on October 14, 1956. For a second year, 300 monks will chant the Pali Canon during the assembly, and Dharma talks will be offered to the entire gathering.

These major gatherings and movements show that the revival of Buddhism in India is well underway. With one of the largest urban middle class populations in the world, interest among Indians in Buddhism is growing. Buddhism is a wisdom tradition, which has always thrived through the education of monastics, fostering vital centers of learning and education that have provided spiritual sustenance and guidance to the populace. Indeed, it is through education and rigorous spiritual training passed on from generation to generation that Buddhism has been preserved as an alive and living tradition.

The return of Buddhist monks to the holy site of Buddha's awakening, along with the flourishing Ambedkar Buddhist movement, bodes well for India and for the world. The revival of the Buddhist Sangha (community of monastics and laypeople) in the motherland of India is planting the seeds for the Dharma to once again take root in the soil from which it was born.