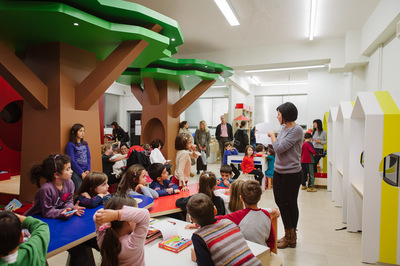 One of the milestones of childhood is when a child learns to read. It starts out simply; the mere act of spelling out his/her own name and then reading it off a piece of paper is met with much fanfare by the child's parents and teachers. Single words soon turn into whole books. Suddenly, the world as described on the written page, is opened up to them and, well... nothing is the same again.

Nobody can argue the significance of reading in the life of any human. As a wise person once said, "The more you read the more things you'll know. The more that you learn the more places you'll go." By the way, I just quoted Dr. Seuss, the writer and illustrator who, through his 46 published children's books, has played a critical role in teaching millions of children worldwide how to read--including yours truly who is still expecting to run into a black and white cat wearing an extra tall, top hat. Maybe someday.

People will read; they want to. But to do so, not only do they need the skills but they need to have material to read. This is where public libraries come in. 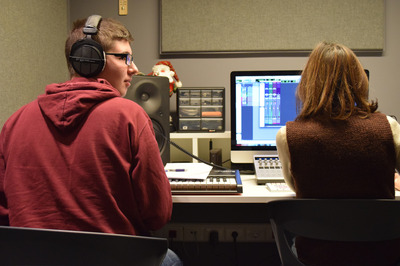 In the U.S., going to the library is a commonplace practice. Every town has at least one easily accessible library on offer. But what about other countries around the world which don't, or can't, offer this service? And today's libraries have to keep up with the times, too. That means not only must they provide "old fashioned," printed hardcopies of tomes but they must also be fully equipped, technological hubs of knowledge and entertainment.

To that extent the past 15 years, the Bill and Melinda Gates Foundation put strong actions behind their belief that libraries are critically important for all people, with their Access to Learning Award and their Global Libraries program.

In 2010, the Veria Central Public Library in the province of Macedonia in northern Greece was one of the last libraries to be awarded this coveted prize. According to the Foundation, the Veria library made, "creative use of information and technology services," and offered, "a range of programs that meet the economic, educational and cultural needs of more than 180,000 people." Since the award, the Veria library has expanded its reach and in 2011 established the Future Library, a nonprofit directly derived from the ATLA award.

Today, the Stavros Niarchos Foundation is the Future Library's primary donor and it has great plans for its advancement. In 2016, when the National Library of Greece moves into its new headquarters at the Stavros Niarchos Cultural Center, the SNF aims to emphasize the importance of libraries as centers of creativity and knowledge, by growing a network of libraries in all corners of Greece, all linked to the National Library. 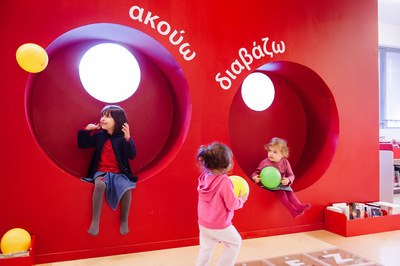 The importance of this is astronomical for the people as a whole and for the revival of the country's library community, in particular. Since its inception four years ago, the Future Library Network of public and municipal libraries in Greece has prospered and advanced all manner of learning, creativity, technological understanding and innovation. It currently consists of 140 Public and Municipal Libraries, with 7,354 individual members and has renovated 8 children's libraries in Central Macedonia and established 9 Media Labs across the country. It's hosted over 9,800 events in more than 100 Greek cities which have drawn in over 300,000 participants. It's also organized training programs for "future librarians" and has distributed approximately 50,000 books and all matter of technological equipment to over 120 libraries nationwide. Its yearly Summer Campaign has so far hosted 8,402 activities and events for 200,000 children aimed at promoting Reading & Creativity.

Concerning the heartfelt embrace of the program by the Greek community, Mr. Protopsaltou, the Future Library's co-founder and Program Manager, said, "People don't want to just be receivers but integral parts in the design of the libraries of the future. This is why their participation in the Future Library is great." 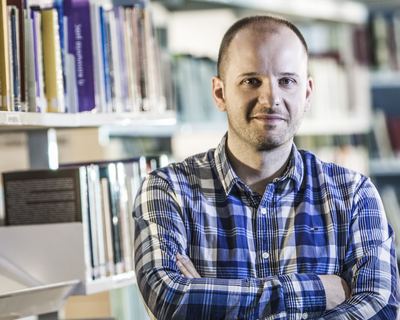 According to Mr. Protopsaltou, the trick to engaging people is to establish the libraries as paths of the future. "Public libraries have been revived thanks to the Media Labs which we created in 10 Greek cities through the Stavros Niarchos Foundation's funding. The Labs have allowed us to experiment with new services and ways of communicating. Young people visit the libraries to use the recording studios, the 3D printer, to participate in robotics classes and to take part in hackathons. If we continue like this then we'll help create new jobs and so support the local economies."

And Mr. Protopsaltou and his team at Future Library are taking their pioneering success a step further. Future Library is part of the International Network of Emerging Library Innovators (INELI-Balkans) initiative which is supported by a grant provided by the Bill and Melinda Gates Foundation. The INELI-Balkans purpose is the establishment of a sustainable network of libraries in the Balkan region, to promote the knowledge sharing and expertise of its members. Its aim is that through this innovative cooperation, the prominence of technological advancements in today's society (which could be viewed as disruptions to the core of the library framework) shall be turned into opportunities for advancement and renewal. 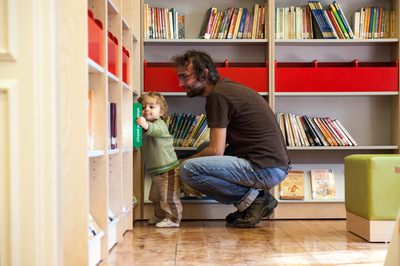 Mr. Protopsaltou shared that through the support of the Bill and Melinda Gates Foundation on the INELI-Balkans, "We're expanding our network. Our goal is to create an 'incubator' for libraries. We're focusing on the people--the pioneers--and assisting in their training, through funding and through our network. We're working to bring a new explosion of creativity to the Balkan region. "

The Future Library's motto is: "Being Creative, Inspiring the Community." I think that sums up both this inspiring project and its reach perfectly!