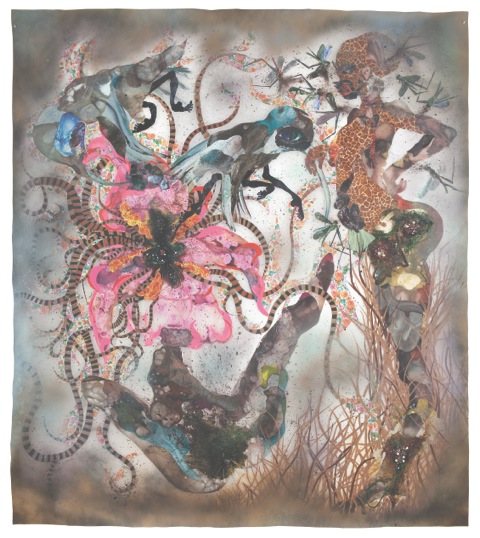 An immersion into art and nature on Museum Row in Baden Baden takes us through 20th century art history... 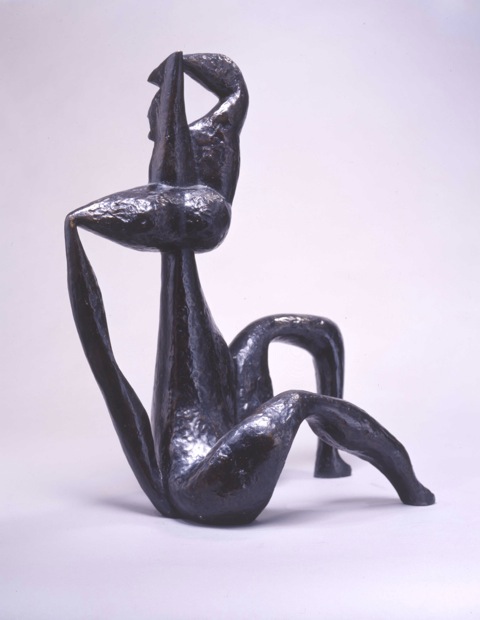 ...before a dazzling display of influences...

...masks displayed at the Africa Through Their Own Eyes at the Museum of 19th Century Arts and Technology on the Lichtentaler Allee behind... 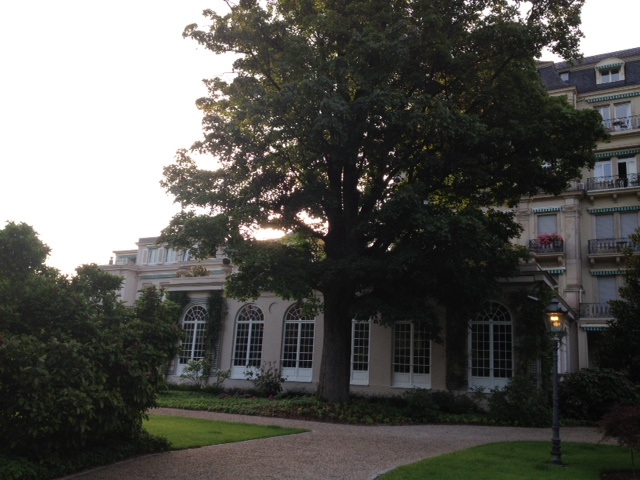 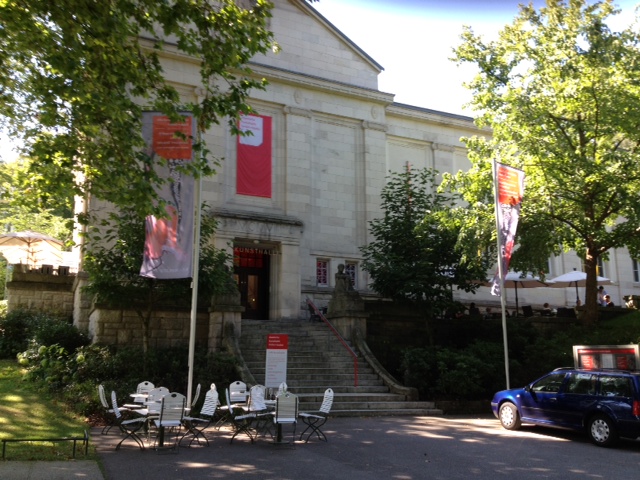 ....for the neighboring Staatliche Kunsthalle Baden-Baden

With these collaborative forces of commerce, government, community and art colluding to transform this aristocratic summer playground into a Bracha Ettinger birth matrix by way of Werke von Wangechi Mutu's The Undreamt Descent, curated by museum director Johan Holtens. 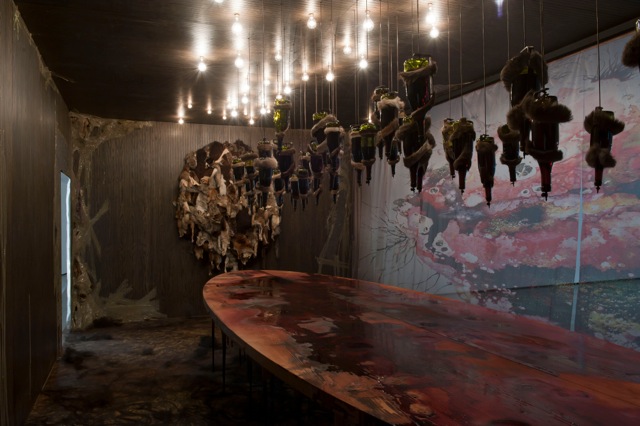 The senses are overwhelmed at this departure point for a circular journey culminating in... 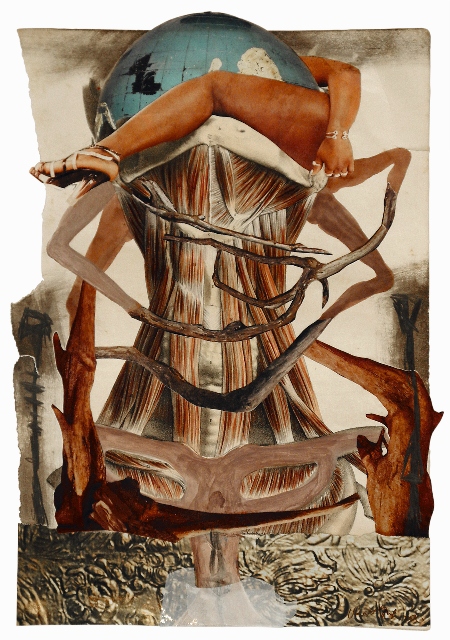 Leaving the birth matrix, we enter a gallery full of suspended balls relating to the Egyptian mythology of the dung beetle transforming into the Sacred Scarab. 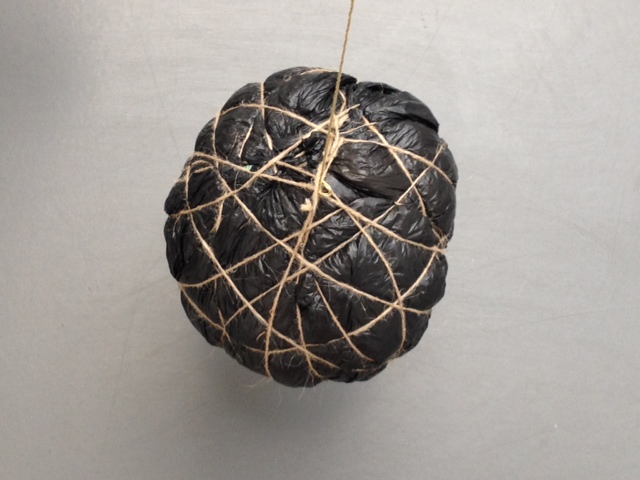 In the following gallery, paintings and collages complete process of deconstruction of the human body, the rising of the serpent... 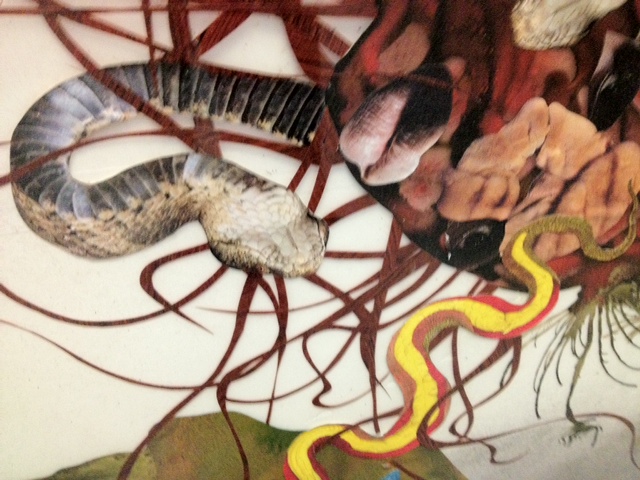 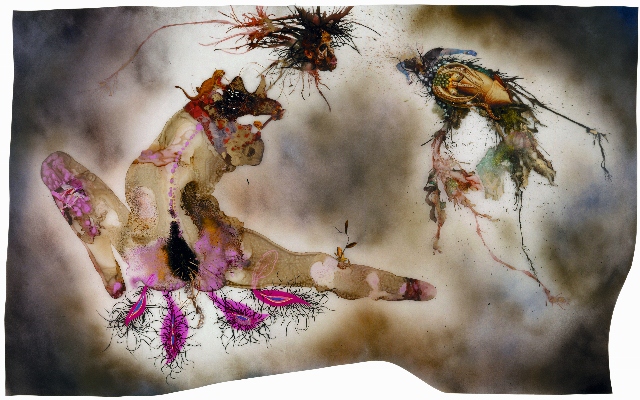 The artist too, in her imagery draws from mass media even as she deconstructs it to fulfill her holistic vision. The works here reveal a fluidity of image making in the artist's own surrender to the unconscious, letting her right brain be the guide to the underworld treasures... 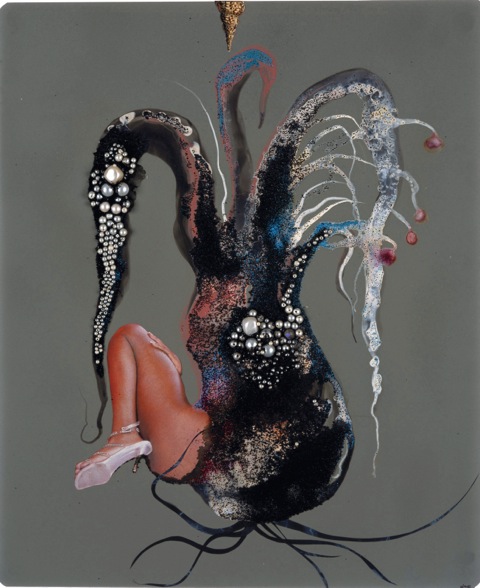 Then comes the descent into the depths of hell... 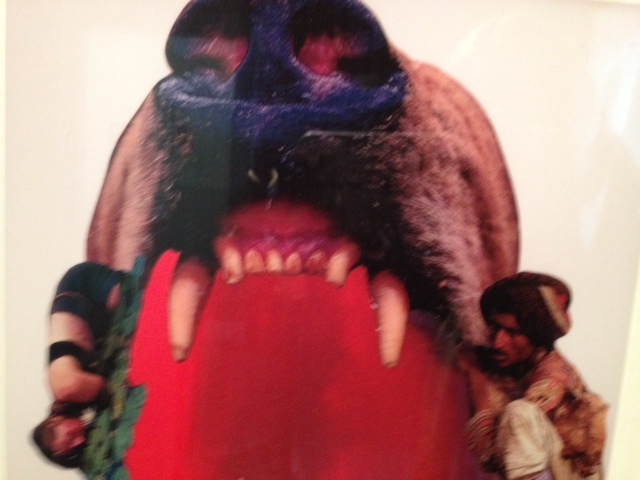 Wangechi Mutu, "Bunny Trap" (Detail, 2008). The focus of this installation is this collage holding the gender tension of opposites clinging to their separateness as an attempt to escape the devouring of the serpent fire.

As we continue into the next gallery, we encounter the birthing process, the dung residue creating the amorphous birthing seat where consciousness of the kundalini power is triumphant. 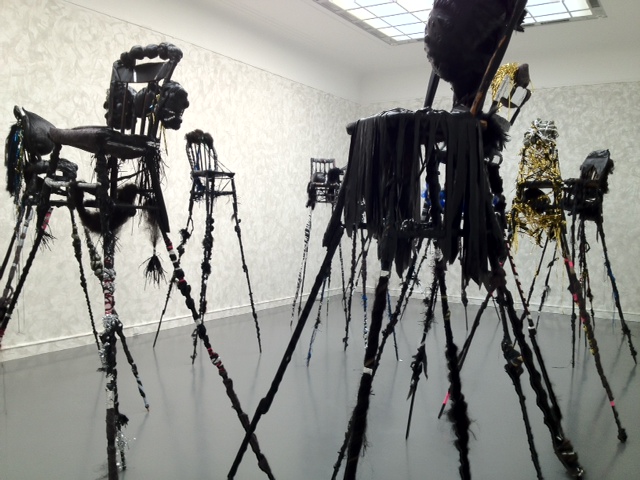 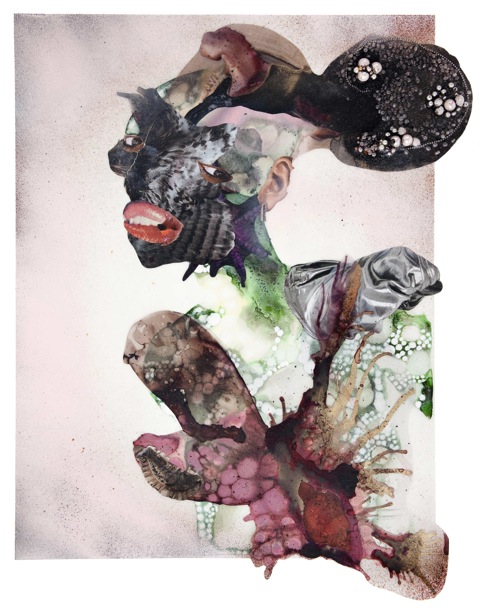 Wangechi Mutu's "Feather Face" (2010) is where the sacred marriage finds her form in the ever-present origin of the ancient Sky Goddess.

How perfectly fitting that the archetype of the Aquarian Age arises in the ancient spa town of Baden-Baden, with its ancient tradition of attracting innovative artists seeking emersion in the waters of the Goddess.

Photos of the art are courtesy of the artist and Gladstone Gallery; the others by LPS.