Hello...The only word spoken in a five-stage immersion into the inner world of Brian Tennessee Claflin echoes through The Five Senses at SomoS. This project-orientated art space in the popular creative stretch of Kreuzkoelln is reminiscent of the hidden galleries in the upper realms of lower Broadway before gentrification. 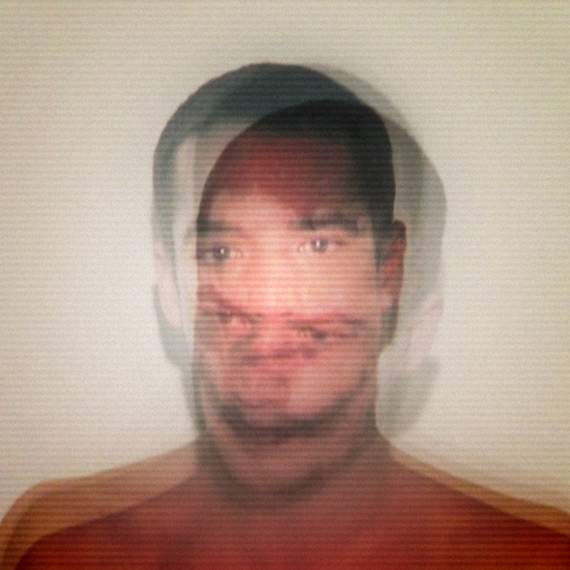 In such realms--between the commercialization that took over the art world for the past two decades and the quest for an authentic underground passage into a Gesamtkunstwerk--treasures are discovered.

And this is what happened when a critic entered SomoS gallery last Friday to encounter Brian, still so alive through the immensity of both his image projection and its implications... 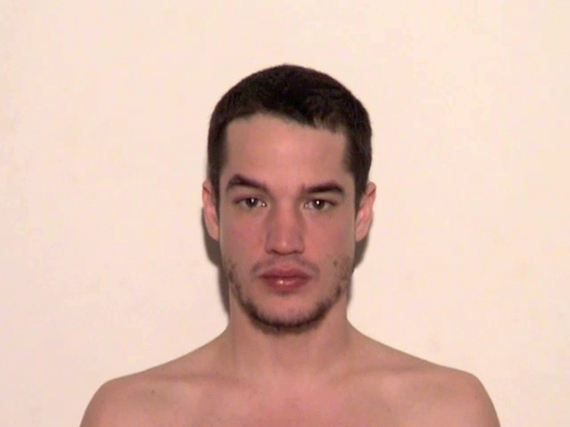 Tangible evidence of a gender fluidity through a gaze: Immediately drawn into the installation through liquid eyes that seem to be on the brink of tears, the critic sits on the floor expecting to be an observer...not a chance...

SomoS transformed its gallery into a spiral, in which the senses unfold, snakelike, to engage the observer into active participation. 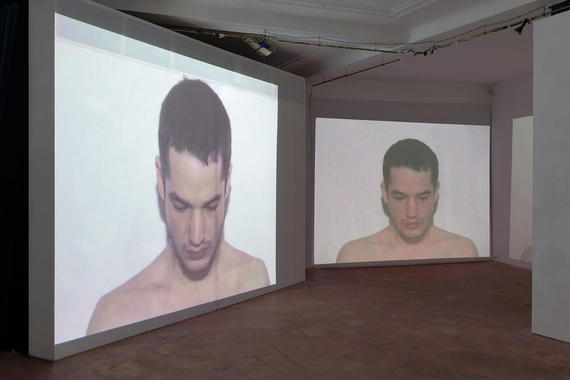 Inside "The Five Senses" by Brian Tennessee Claflin, Greta Frau (2007): the visitor has to follow Brian around the room, and therefore become engaged in the spiral of transformation. (Photo credit: Jason Harrell)

Defying the dominance of the marketplace in which artists subject themselves to an external authority, Brian Tennessee Claflin dared to declare he was making art for himself, and along the way, honored his feminist genes. 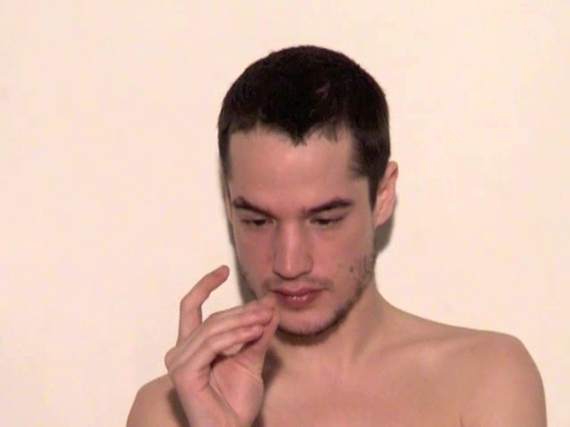 Objectifying the gaze through "Touch": Somos is a palindrome which means "us" in Portuguese, creating a magical key for the viewer to "palin (make, direction) dromos (way)" as participant.

Since collaborating on "The Five Senses" in 2008, Claflin fertilized a scene from the East Village to Berlin that defied all labels as it shaped the ultimate liberation arising from the struggle for balance. His proactive plunge through word/image into public/private rites of integration for the 21st century icon was interpreted through his boundary smashing self-expression as performer, multimedia artist, party host, blogger, itinerant traveler and curator.

Entering his five senses, one must consider that Brian Tennessee Claflin was relating the difficulty of mastering the tension of opposites through the very Kleistian manner he chose to end his Gesamtkunstwerk, leaving a trail of art-I-facts for a new epoch to interpret. 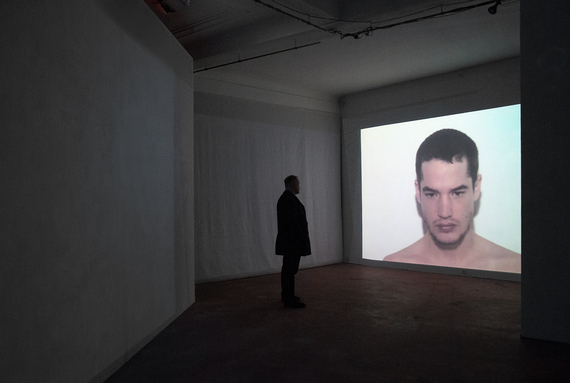 You can stare all you want for the full cycle of 25 (5 X 5) minutes and engage in a past and future rite to the ever-present icon made utterly NOW in that the audience becomes the performer in a spiral dance with the artist. (Photo Credit: Paula Aloua)

The power of the sheer precision of the narrative in this iconic early work indicates that Caiflin's aesthetic goal was a reversal of the feminist dialectic surrounding "the male gaze." Who would have imagined that an artistic aesthetic objectifying a state of equlibrium through inner/outer experience, would be so literal and so soon, through his own inner gaze?

Yet, the mythology was there, just waiting to be defined by the journey. The artist who transformed his identity to honor a feminist ancestor who famously challenged American society to treat her as an equal now challenges you, the viewer, to meet his gaze and answer his call...Hello...and follow him, Berlin's Pied Piper, into new epoch of gender equality.

SomoS collaborated with the Brian Tennessee Claflin Foundation for this premiere of newly discovered work by the late artist. "The Five Senses," the recently discovered five-channel video installation work by Brian Tennessee Claflin and Greta Frau (2007), is accompanied by a publication featuring video stills and object-oriented writing by Travis Jeppesen. The exhibition ran concurently with a screening of Brian Tennessee Claflin's "Moths to a Flame" (2012), at this year's Berlin Art Film festival held at Kino Moviemento, across the street from SomoS. The exhibition is on view Wed - Sat, 2-7 pm at Somos, Kottbusser Damm 95, until 20 December, 2015.

All images courtesy of SomoS and Brian Tennessee Claflin Foundation.

Lisa Paul Streitfeld is a cultural critic and theorist based in Berlin.