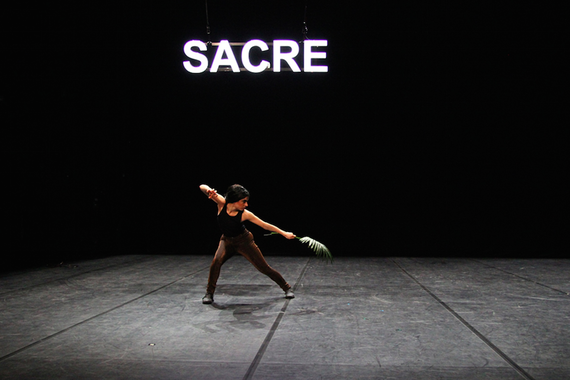 Lea Moro's "La Sacre du Printemps: A Ballet for a Single Body" celebrates the multiplicity of the awakened kundalini power: "I am the core of the ballet. I am the dancer, the ensemble, the old wise man, the witch, the peacock and the bear". 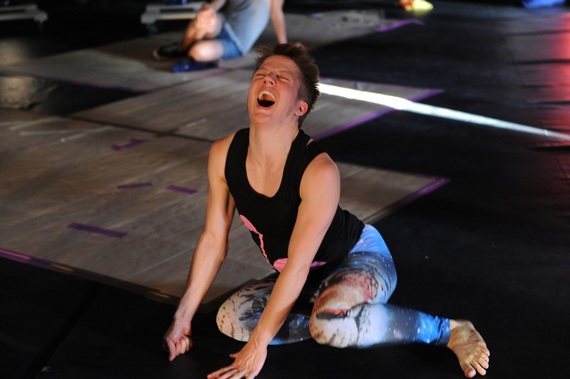 While "Strip Down to Everything" announced the general intention to break down every last molecule resisting entanglement between performer and audience...

...there was also a consolidated narrative in this year's festival about the fearless manner that Berlin choreographers are addressing female sexuality in the 21st century. 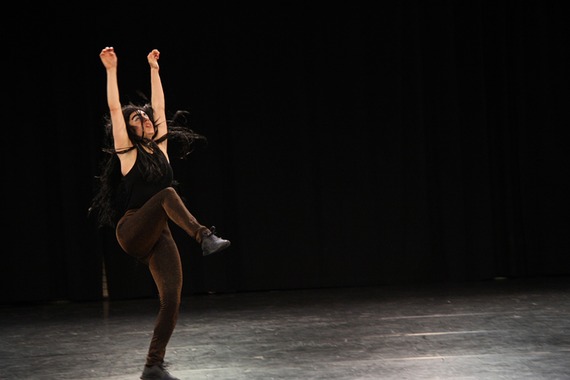 Under a sweeping mane, Moro's extreme demonstration of feminine power in "Adoration of the Earth" triggered its opposite; in Part II "The Sacrifice" a show of brute male strength in Heavy Metal force voices the catalzing effect: "You are going to BURN!"

Artistic director Anna Mülter's choice of Lea Moro's Le Sacre du Printemps: A Ballet for a Single Body and Melanie Jame Wolf's Mira Fuchs came from opposite ends of the spectrum: a contemporary take on the famous Stravinsky/Nijinsky collaboration vs. the common lap dance.

Yet, the performances served the same goal --an embodied consciousness of the primative (kundalini) power as personal and collective empowerment. 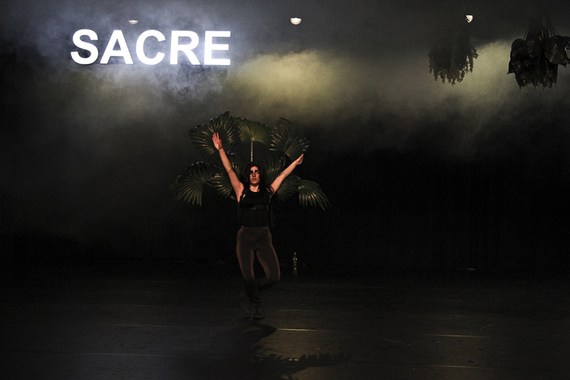 Collaborating with lighting designer Annegret Schalke, a master in mathematics, Moro commemorates spring rotating beneath hanging sculptures of green vegetation; arising from death, the movement of opposites culminates into a rebirth of the bi-polar Venus as the plumed symbol of heaven & earth: Quetzalcoatl.

Both choreographers sourced their movement in the geometry of the circle, a representation of the paradigm leap into the cyclical time of the Ouroboros-Serpent. 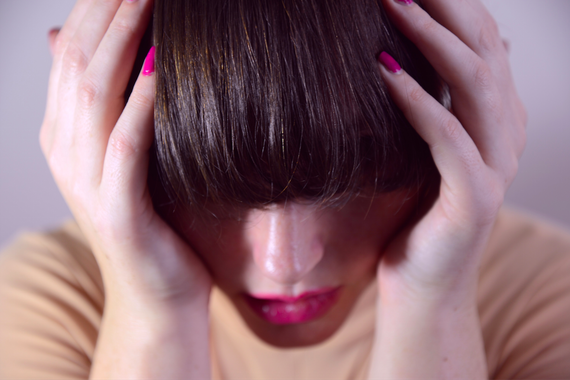 "Mira Fuchs" Ouroboros self-devouring was enacted within an ontology of sex through number (3,420 lap dances a year x 5 years) narrated in sequential chapters to the audience sitting in a circle.

Wolf embodied her Badiousian "mathematics is ontology" dance narrative with her legs as the hands of the clock-face formed by the audience; rotating her body, she shared her thoughts on her occupation in terms of time, beginning with an anecdote of a client purchasing her the watch of her choice. She proceded to state the five rules (representing the pentagram shaped cycle of Venus) of lap dancing before dividing her time with group into small parcels, proceding systematically around the clock to individually ask audience members: "Would you like a dance?" A few chapters (Science, Money & Desire) later, she opened up her narrative by answering her female critic (identified through anecdote as "spending her time reading books") with a screen visual of a vagina opening and closing. The climax came when she stripped bare to the waist, selected a partner from the audience, and, with the aid of her strip music, entered the rhythm of the lap dance as a ritualistic form of undulating serpent.

Moro objectified the invisible dark energy of "Women Who Run with Wolves" via an on-stage costume change.

Founded in 1996 by Germany's contemporary modern dance star, Sasha Waltz (with partners Jochen Sandig, Jo Fabian und Dirk Cieslak), Sophiensæle is located in the former building of the craftsman's association. Constructed in 1904/1905, the complex contains over 90 rooms, complete with a restaurant with a beer garden, a library, a skittle alley and a banquet hall.

"Strip Down to Everything" is performed in the stairway of Sophiensæle.

Contained within the rich history of this unique space was its use as: an assembly hall for leftest speakers such as Rosa Luxemburg, a production center for Nazi propaganda-leaflets, and a GDR workshop for the Maxim Gorki Theater.

All photo credits for Tanztag Berlin are copyright S. Bildtitel and used with permission of Sophiensæle.

Lisa Paul Streitfeld is a philsopher and theorist based in Berlin.